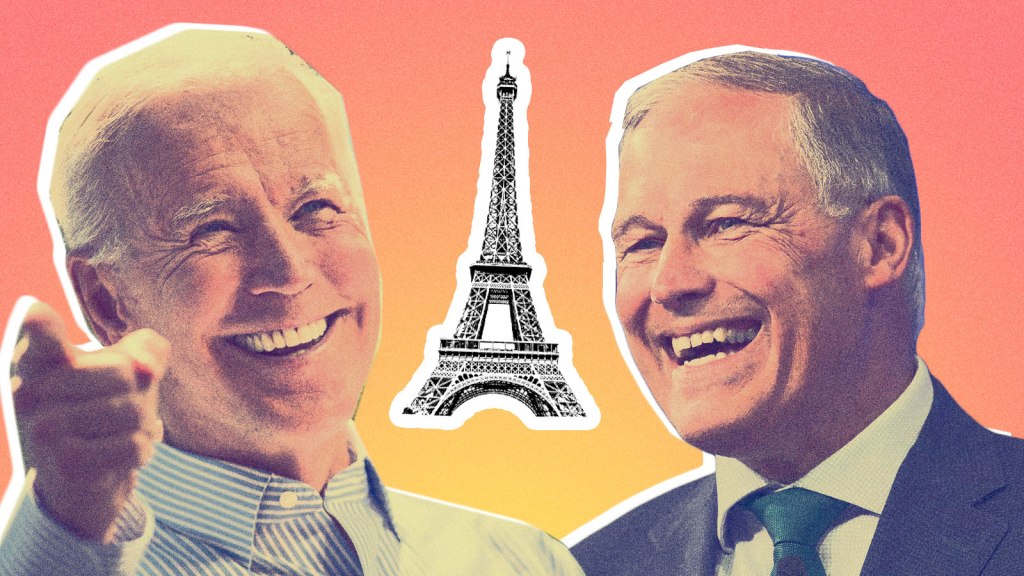 Not every Democratic candidate for president has a bold plan to solve the climate crisis, and the ones who do don’t necessarily agree on the best way to scale down emissions. They disagree about the role of nuclear power, set different target dates to cut carbon emissions to zero, and incorporate environmental justice into their plans with varying degrees of enthusiasm.

But there’s one thing that all of the 2020 Democrats agree must be done immediately: recommit the United States to the Paris climate agreement, an international pact that Trump has called “unfair” and vowed to withdraw from.

At this point, recommitting to the Paris agreement seems like the bare-minimum move. The next step is to stop Paris from burning.

The Intergovernmental Panel on Climate Change came out with a report late last year which showed that even the hard target laid out in the Paris agreement — it aims to keep warming at 1.5 degrees C but sets the limit at 2 degrees C — would result in a soupy Arctic and a permanently firey North America. Putting a strict limit on warming to 1.5 degrees, scientists agreed, would be far better. But around the same time people were freaking out over that report, watchdog groups reported that only seven of the 32 biggest polluters in the Paris pact are on track to achieve the carbon-cutting goals laid out in the agreement. You won’t be surprised to hear that the U.S. is not one of those seven.

So the real job for the next president who wants to rejoin the pact is figuring out how to make it work. The only two candidates who have laid out strategies for how to do that are Washington Governor Jay Inslee and former Vice President Joe Biden — both of whom released climate plans this week.

The so-called “climate candidate,” Inslee has released two other ambitious plans to tackle the climate crisis so far in his bid for the White House. His latest Global Climate Mobilization paints the most detailed picture of how the U.S. could successfully reenter the accord and make it stick. Here’s a sketch:

What’s more, Inslee also proposes calling on CEOs of major companies to commit to the Paris agreement, creating a new system of transparency to keep track of how money in developing countries is spent. He also aims to ratify the Kigali Amendment — an effort to curb highly-polluting chemicals called hydrofluorocarbons, found in refrigerators and air conditioners. Progressive fan favorite Representative Alexandria Ocasio-Cortez has called Inslee’s plan the “gold standard.”

Biden, the presumed Democratic frontrunner, came out with his own climate plan on Tuesday. In it, Biden also pledges to raise the United States commitments to cutting emissions (though he doesn’t say by how much), host a summit to convince other countries to up their commitments, too, and embrace the Kigali amendment.

Biden’s plan isn’t nearly as comprehensive as Inslee’s, but it does promise to take a hard line with other major polluters like China, the world’s biggest source of carbon emissions. “The Biden Administration will impose carbon adjustment fees or quotas on carbon-intensive goods from countries that are failing to meet their climate and environmental obligations,” the plan says. Future trade agreements with other countries would also hinge on whether they’re committed to Paris.

If whoever takes, or retakes, the White House in 2020 doesn’t have a strategy for getting the U.S. and the rest of the world back to Paris, the consequences could be deadly. New research in the journal Science Advances shows that limiting warming to 1.5 degrees C could avoid as many as 2,720 heat-related deaths in 15 major U.S. cities. The hotter it gets, the more lives lost, the researchers said — not just in the U.S. but around the world.