Washington Governor Jay Inslee wants to be the 2020 climate candidate 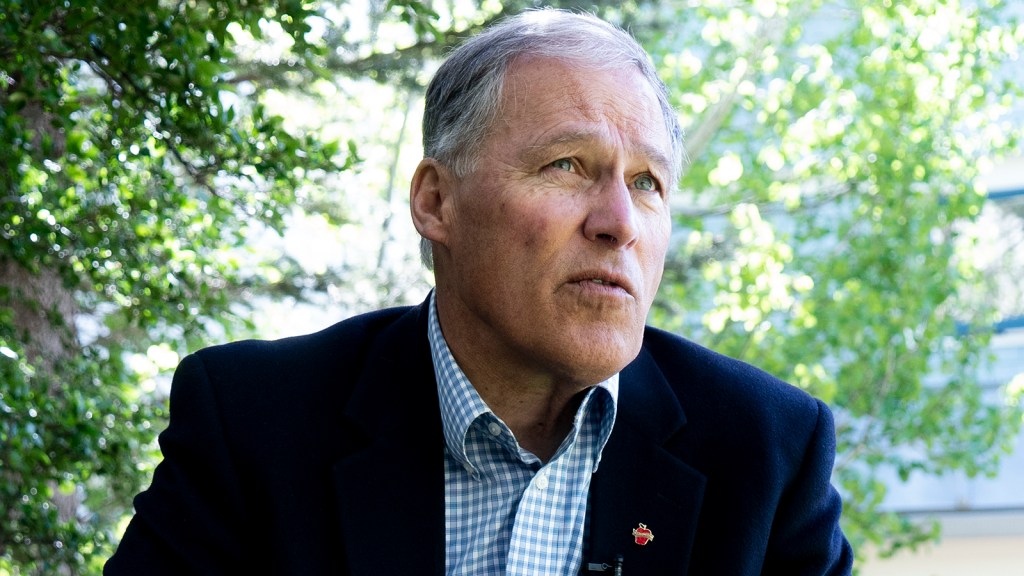 Washington Governor Jay Inslee wants to be the 2020 climate candidate

This story has been updated with comment from Governor Inslee’s office.

Jay Inslee, governor of Washington, wants to be the climate candidate in the 2020 presidential election, so he’s laying the groundwork for a potential campaign.

“Without defeating climate change, nothing else long term is possible for the future of our children,” the folksy Democrat told MSNBC’s Chris Hayes in an interview Wednesday. Inslee said he’d prioritize climate change over the likes of other hot-button issues like health care, immigration, or gun violence.

Just one problem: One of the residents of Inslee’s state isn’t so convinced that the governor is the climate champion he’s selling himself as. Jamie Margolin, a 17-year-old activist in Seattle who founded the youth climate organization Zero Hour, sued Inslee over climate change along with 12 other young people last year. The suit claimed that the governor and state agencies weren’t doing enough to stop carbon emissions and were violating their generation’s constitutional right to a stable climate.

As a constituent of @JayInslee who SUED HIM OVER NOT TAKING CLIMATE ACTION I can testify to the fact that JAY ISNLEE HASN'T DONE SHIT ABOUT CLIMATE CHANGE. Just ask the people suffering from the new fossil fuel projects he's approved. He is full of BS.https://t.co/txRTp1Gn91

Margolin said that Inslee “fought tooth & nail” against the youth lawsuit, which was dismissed in August. She also tweeted that Inslee had approved multiple new fossil fuel projects — and ignored indigenous people when approving a liquid natural gas terminal in Tacoma, Washington.

Jamal Raad, a spokesperson for Inslee, says that the governor “has not approved one piece of fossil fuel infrastructure.” In 2018 alone, Inslee rejected a proposed coal-export terminal on the Columbia River and an oil-by-rail facility planned for Vancouver, Washington. But Margolin and other environmentalists point back to the Tacoma terminal. Construction began on the Port of Tacoma site in 2016, but the project is still going through the permitting process.

So is it fair to characterize Inslee as “all talk” on climate, as Margolin claims?

Well, the governor did coauthor a 2007 book on what an Apollo Program-like effort to create a clean-energy economy would look like. And in his seven years as governor of Washington, he has “pursued arguably the most progressive and greenest agenda in the country,” the Atlantic’s Edward Issac Dovere writes, “with fields of solar panels, fleets of electric buses, and massive job growth to show for it.”

According to the governor’s site, his biggest climate accomplishments include his commitment to get 50,000 electric vehicles on the state’s roads by 2020 and a 2017 executive order to curb carbon emissions and spur investment in clean energy. Unfortunately for Inslee, that rule is currently suspended and awaits a decision from the Washington Supreme Court.

But Inslee has failed to pass his signature climate policy: a carbon tax. That’s despite backing multiple attempts in the Washington legislature and at the ballot, including a high-profile carbon fee initiative that got voted down in the midterms. Now Inslee is advocating for an assemblage of other climate policies instead called the “Clean Energy Smart Deal.” (No really, that’s what it’s called.)

In the interview with Hayes, Inslee seemed most animated about potential policies that still have yet to pass. “We’re gonna adopt a 100-percent clean grid law,” he said. “I believe we will pass a clean fuel standard. We intend to make net-zero homes. And we intend to outlaw super-pollutants.”

Is all that enough to make the governor the national face of climate action?

“If @GovInslee changed suddenly and was willing to listen to the youth and indigenous people of his state,” Margolin tweeted, “I would be happy and open to working with him.

I don’t want to be picking a fight with my Governor. I get 0 out of it. @youthvgov and I have tried to work with him before and he has betrayed the youth again and again. As a youth from his state I am simply warning the country that he is not a real climate champion. All talk. pic.twitter.com/YxOSnld9OE

“I think he’s a fine person who genuinely cares,” she added, “but he keeps siding with polluters.”

In any case, the prospect of a climate-focused presidential candidate is more promising than since, well, Al Gore — or maybe ever before. In the 2016 presidential debates, the subject of climate change came up for a measly total of 5 minutes and 27 seconds. But the issue may finally garner the airtime it deserves this cycle, with prospective and declared Democratic candidates like Cory Booker, Elizabeth Warren, and billionaire donor Tom Steyer — oh right, and Inslee — all getting amped up about climate change in the early days of what’s sure to feel like a never-ending campaign.