The latest reports suggest that coal has the equivalent of black-lung disease: the condition is chronic, and the long-term prognosis is dire.

Power companies plan to shutter more than 10 big coal plants in 2018, extinguishing a major portion of coal burning in the United States (see the map below). According to projections released by the Energy Information Administration this week, coal-fired plants will produce less than 30 percent of the electricity Americans use this year. Back in 2000, coal provided more than half of our electricity. Cheap natural gas has knocked coal out of competition. 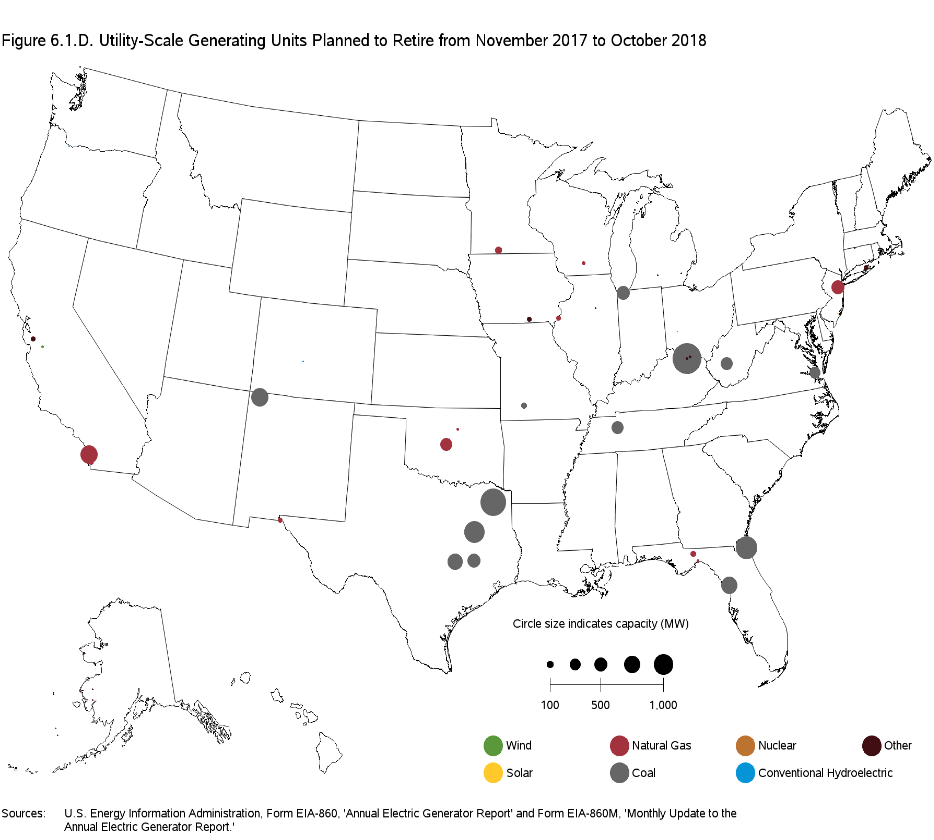 This year is expected be a big one for coal-plant retirements but, as you can see below, so was 2015, and 2012, and, well, much of the past decade.

Pretty much all the plants shutting down are fossil-fuel plants. EIA

“Coal in the U.S. might not be dead, but it is in a death spiral,” said Alex Gilbert, of the energy research firm SparkLibrary. “Coal’s demise is inevitable, but it can still emit significant greenhouse gas and other emissions on its way out. The main policy question now is whether the death spiral should be a decade long or decades long.”

What pushed coal power into the death spiral? In a word, fracking. A crackdown on toxic pollution and the rise of wind and solar power, too. If you look at this map of plants scheduled to open this year, it’s all renewables and gas. 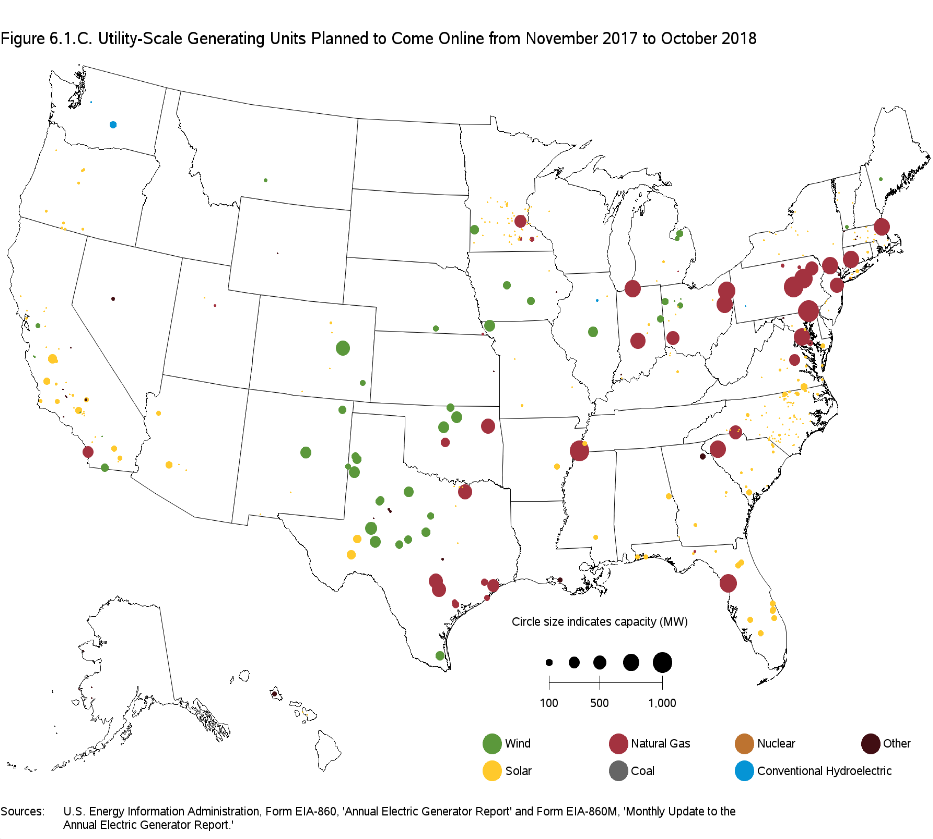 Look at all those renewables… and gas plants. EIA

Gilbert said coal companies also played a supporting role in the dirty fuel’s demise. “Coal’s decline is mainly due to market competition with natural gas with regulations playing a secondary role,” he said. “Fundamentally, however, coal is dying because the industry decided to fight changing times. Instead of innovating into a 21st-century compatible energy source, they played politics.”

So, what does all this mean for greenhouse-gas emissions? Well, even if we stop burning coal, it wouldn’t be enough to solve our emissions problems. And as we squeeze carbon out of our electrical system, carbon emissions from cars, industry, and heating are all going up. That’s consistent with a long term trend.

“Between 2005 and 2016, almost 80 percent of the reduction in energy-related CO2 emissions in the U.S. came from the electric power sector,” wrote Trevor Houser and Peter Marsters of the Rhodium Group, a company which analyzes energy trends. To get greenhouse-gas emissions down, other sectors have to play a larger role. 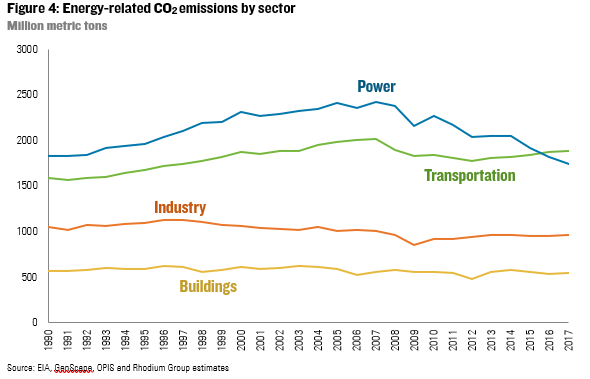 This year, people are expected to drive more, and a growing economy will cause industry to ramp up. All told, the United States is likely to pump out more greenhouse gases this year, according to the new data from the EIA.

“After declining by 1.0 percent in 2017, energy-related carbon dioxide emissions are forecast to increase by 1.7 percent in 2018,” the EIA wrote.

It looks like our biggest problem is no longer coal. It’s cars.