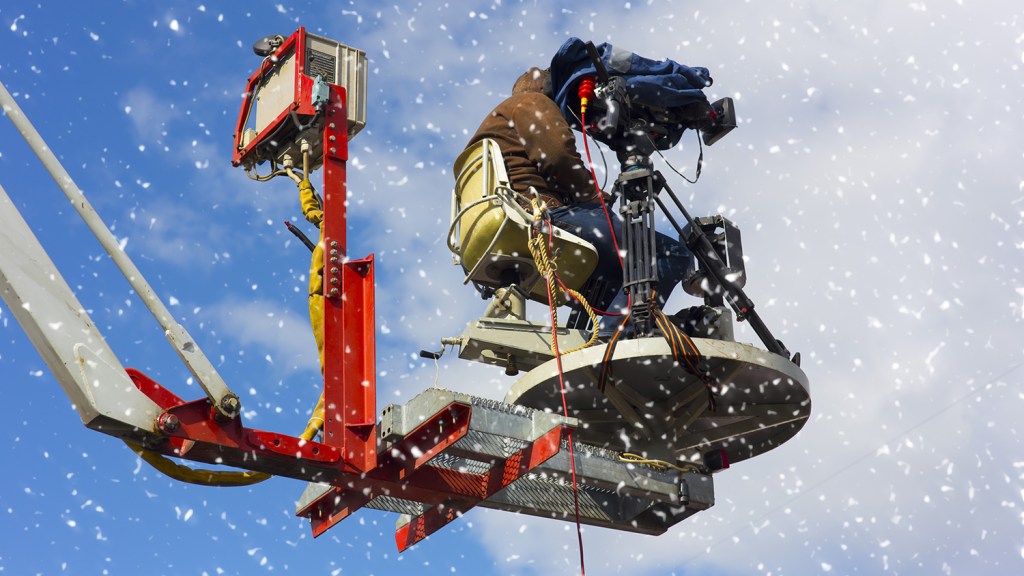 Vanity Fair reports that climate change is making it difficult for Hollywood to produce films set in winter. According to Fargo executive producer Warren Littlefield, temperatures were so unseasonably warm while filming the TV show in Calgary, Alberta, in 2014 that they actually had to truck in snow. “They’d bring back these huge blocks of snow and then we had kind of a wood chipper that worked through these blocks of snow and ice and then just spit it out into a spray,” Littlefield told Vanity Fair. Not exactly what you’d expect from that wood chipper.

Climate change is no breaking news story — but it’s one that Hollywood, an industry built on the forging of fantasies, is increasingly confronting. And it’s something that a business famed for its control freaks, from auteur directors to studio heads, has no power over. Mother Earth has been throwing Hollywood climate curveballs with increasing frequency, reminding the town that she is more powerful than Ari Gold, Harvey Weinstein, and Scientology combined. And it has the potential, it seems, to get worse.

Unfortunately for Hollywood (and the planet), the disappearing snowpack in locations like Calgary or Lone Pine, Calif. — a town whose snowcapped mountains have been featured in more than 300 films — means either creating your own snow, like they did for Fargo, or moving elsewhere. And while some big-budget directors could move production to Siberia or the Himalayas or Argentina, it’s not just expensive, it ultimately makes the problem worse.

On the other side of the globe, months later, director Baltasar Kormákur was grappling with one of the most fatal effects of these fluctuating temperature waves while filming his biographical disaster drama Everest in Italy. A native of Iceland, Kormákur had initially planned to shoot in his home country, but the glaciers there are becoming blacker and ashier—no longer the crisp, white ice sheets seen in science books—and he did not think it was the right look for his film.

When Iceland proved too ashy, Kormákur moved to the Italian Alps … where an avalanche very rudely wiped out his set. Later, they moved production to Everest itself, and were filming in Camp II when an avalanche killed 16 climbers last year.

Hollywood is far from the only industry facing disruption from climate change, and unlike, say, ski resorts, they can always CGI their way to a snowy landscape. Besides, this could all be a temporary problem: As snow disappears from our planet, it may disappear from our storylines as well.