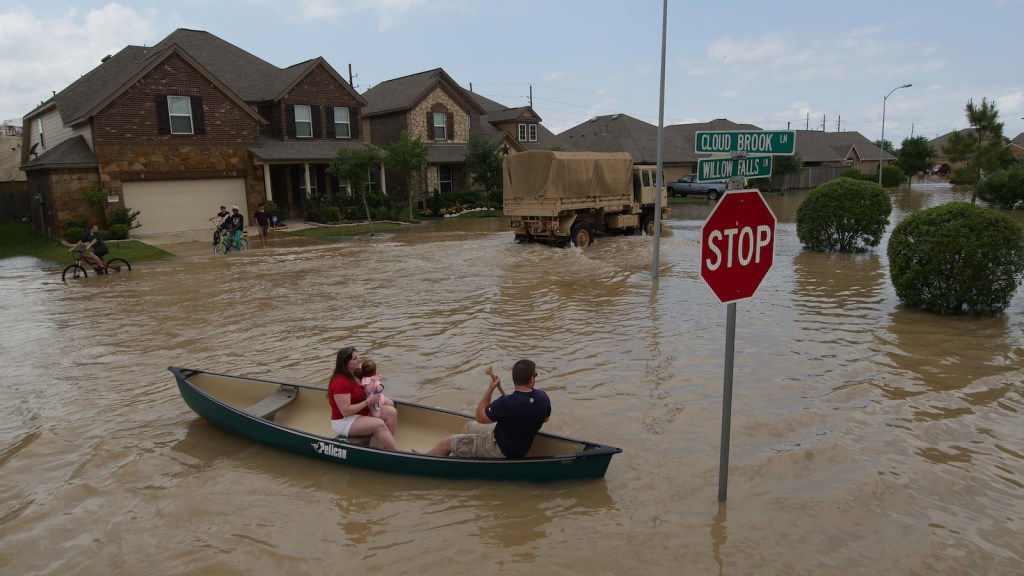 Dramatic, deadly flooding is the new normal for parts of Texas and Louisiana this past year. This weekend, a single flash flood killed six people. But the damage often doesn’t end when the skies are finally clear. In Texas — a state dotted with oil wells — extreme flooding can also mean contaminated water.

According to El Paso Times, chemicals and oil from overfilled wells and fracking sites have flushed into majors rivers. Texas officials have reportedly taken dozens of images of waterways polluted with crude oil and fracking chemicals, which show the “sheens and plumes spreading from tipped tanks and flooded production sites.” Affected waterways include the Sabine River on the Texas-Louisiana border, which flooded in March, and the Trinity, Red, and Colorado rivers, which flooded last year.

“That’s a potential disaster,” Dr. Walter Tsou, a physician and past president of the American Public Health Association, told the El Paso Times. “I’m sure it will get into the groundwater and streams and creeks.”

Fracking, of course, is the inherently toxic and increasingly common industry practice of injecting massive amounts of water laced with cocktail of chemicals into the earth to fracture underground shales with deposits of oil or natural gas. Crude oil spills are never pretty, least of all when they destroy habitats.