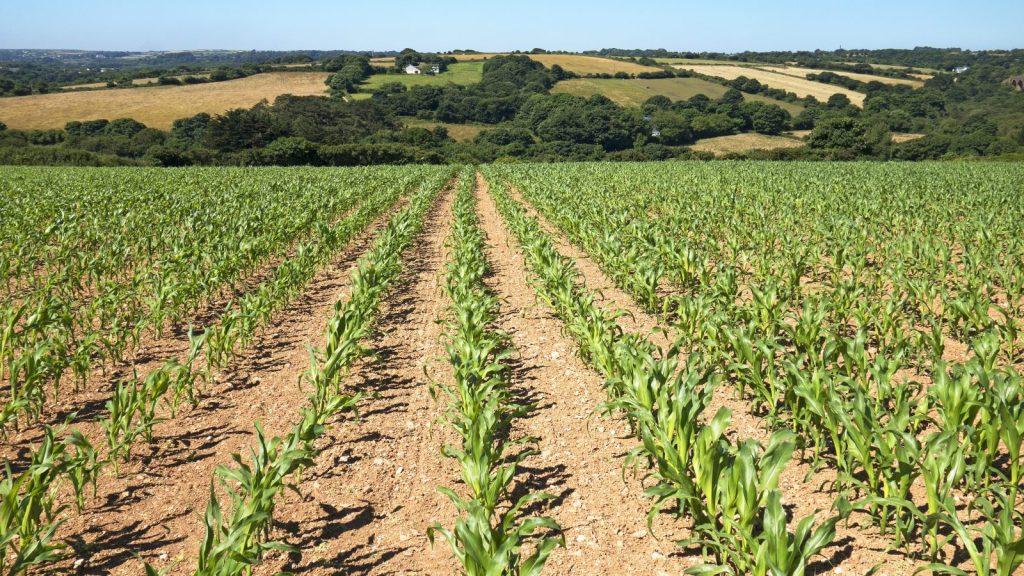 A new study raises serious concerns about the human health consequences of growing corn. Though air quality has improved in the United States in recent decades, fine particulate matter still kills about 71,000 people each year — and is one of the leading causes of death globally. About 4,300 of those deaths are from the process of growing corn, mostly due to the application of ammonia as a fertilizer. That’s more people than died in Hurricane Maria, every single year.

“The magnitude of the problem is surprising,” said University of Minnesota’s Jason Hill, the study’s lead author. “We tend to think of air pollution from smokestacks and tailpipes, but agriculture is a major contributor to reduced air quality also.” Hill and his colleagues found that ammonia from corn fertilizer significantly increases atmospheric PM2.5 levels, a particularly deadly form of air pollution.

In total, corn alone is responsible for about a quarter of agricultural-related air pollution deaths, with most of the rest due to animal agriculture. Since corn is a primary source of animal feed, the new study likely underestimates its impact on air quality.

The study attempted to estimate the cost of growing corn on human health and climate change. The researchers used the EPA’s values of $9 million for every avoided death due to air pollution and $43 per ton of CO2 for the social cost of carbon. In terms of air pollution and carbon emissions, that means the harm caused by growing corn is equal to about 70 percent of the value of the corn that’s produced — a shockingly high value.

But even that doesn’t include the emissions from animal agriculture or corn ethanol. Most corn grown in America goes to producing ethanol, for use in animal feed, and other industrial uses. Only a small percentage is for human consumption.

“The full impact of corn is going to be much larger,” Hill said.

This huge impact is likely not evenly distributed. Hill’s previous research showed that the cost of air pollution in general is borne disproportionately by communities of color. He’s working to see if the same is true for agricultural-based air pollution.

In an interview with Brownfield Ag News, Nathan Fields, the vice president of production and sustainability for the National Corn Growers Association, called the study “divisive.” “It’s no secret that corn production is an intensive cropping system,” Fields said, noting that the industry has been trying to “lower that footprint as much as possible” for decades.

“The way that we react, I would say, is just to highlight all the work that’s been done, all the research that’s going into nutrient use efficiency that’s out there and hopefully not spend more money and more resources on paper studies trying to link it to horrible situations,” he added.

Hill told me that the importance of his research is magnified because it was funded in part by the USDA, EPA, and the Department of Energy. “As members of publicly funded universities, our charge is to look for problems that affect the public and solutions to them,” Hill said. “The paper went into detail about the ways that this problem could be alleviated.”

Among the solutions Hill floated: precision agriculture, using different fertilizer types, changing the location of where corn is planted so it’s not upwind from major cities, crop switching, and even dietary shifts away from foods that use corn-based ingredients.

“We need to do a better job at controlling ammonia emissions from corn itself; that will have immediate benefits to human health,” Hill said.