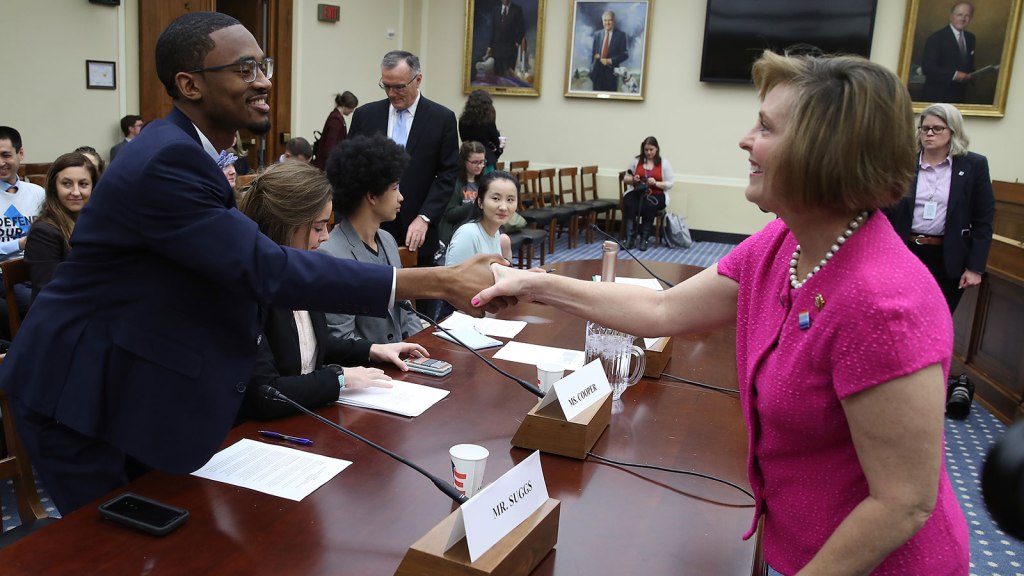 Melody Zhang’s fascination with the environment, “God’s creation,” began when she was a kid and uttered her first words in Chinese: 出去, which means “Go outside.”

Zhang, the climate justice campaign coordinator for Sojourners (a faith-based social justice magazine) and the co-chair for Young Evangelicals for Climate Action, read this anecdote as part of her testimony in front of the House Select Committee on the Climate Crisis on Thursday morning.

The congressional hearing wasn’t a typical one. In its first-ever hearing, the brand-new committee listened to the voices of young people who are urging policymakers to take action on climate change.

This is what a Congressional climate hearing looks like when we put young people front and center. Deeply appreciate their testimony today! https://t.co/C62F7gzaGJ pic.twitter.com/m5nahIA1Ce

Along with Zhang, three other young leaders gave brief testimonies about their experiences with climate change: Aji Piper, one of the 21 plaintiffs in the youth climate lawsuit Juliana v. United States; Chris Suggs, a student activist from the University of North Carolina at Chapel Hill; and Lindsay Cooper, a political analyst for the Louisiana governor’s office.

18-year-old Suggs grew up in North Carolina, which experienced severe flooding during Hurricane Florence last year. The saddest thing about recurring weather disasters, Suggs said, is that they affect the communities that have already been hit the hardest by all of society’s other problems.

“You have poor, rural communities that are completely underwater or get cut off from their access to food, hospitals, and medical supplies,” he said in his testimony. “Climate change is an extra kick to communities and populations that are already down.”

Thank you @RepBonamici for highlighting @chrisjsuggs's critical point on #EnvironmentalJustice: Low-income, predominantly black neighborhoods face effects of natural disasters that are exacerbated by #climatechange and compounded by limited access to aid, services and resources. pic.twitter.com/lRfvWOiiJ1

After hearing the witnesses’ stories, the committee chair, Democrat Kathy Castor of Florida, asked, “Where do you find hope and optimism in the face of such a daunting problem?”

Zhang said she is energized by the creativity and joy that young people bring to the climate movement. She pointed to last month’s Youth Climate Strike, where students at tens of thousands of schools around the world took the streets to demand that leaders act on climate change.

“This level of engagement and activism is one of the best things I have seen in my many years of beating my head against the wall on this issue,” said Representative Jared Huffman from California, a Democrat who joined the Youth Climate Strike.

While most committee members found the youth’s testimonies compelling, Gary Palmer of Alabama and some other Republican representatives expressed an, um, different viewpoint.

“The fundamental principle in addressing these issues is that you have to fundamentally define the problem,” Palmer said. “If you don’t properly define the problem, then the solutions you come up with are generally going to be off the mark.” (He also disparaged the “emphasis on anthropomorphic impact.” Last time we checked the dictionary, “anthropomorphic” means having human-like characteristics. Don’t you mean “anthropogenic,” Mr. Palmer?)

First-time representative Joe Neguse, a Democrat from Colorado, rebuked Palmer’s argument. “I don’t know that this committee needs to necessarily define the problem,” he said. “The scientists and experts [already] defined the problem for us.”

@RepJoeNeguse speaking now, "the conversations we have now, the decisions we make today, will decide the quality of life of these witnesses here today." @ClimateCrisis #ClimateActionNow

Since he took office three months ago, Neguse said, every meeting he’s had with young people has been about the environment. While he’s worried about the future his 7-month-year-old daughter might inherit, he was reassured by the capable young people in the room. “When my daughter is my age,” he said, “you all will be the leaders running for office, and I have no doubt that given the reality [now], we will truly make progress in this important issue.”

At the end of her testimony, Zhang made one final plea. “As political leaders, especially ones of faith, I implore you to respond faithfully and with full force to love God and neighbor by enacting just, compassionate, and transformative climate policies which rise to the challenge of the climate crisis. That is my prayer for you.”