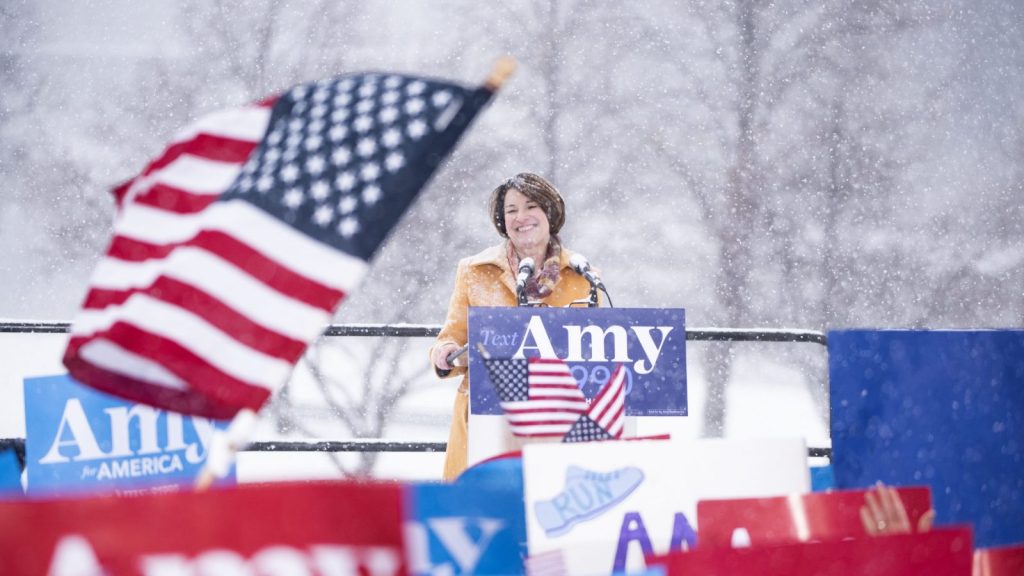 In the midst of a snowstorm on Sunday, Senator Amy Klobuchar announced that she is adding her name to a growing list of 2020 presidential hopefuls. It only took a few hours for President Trump to weigh in on her race.

During her speech, the Minnesota Democrat included some details about her climate platform, saying that she would rejoin the Paris climate agreement on her first day as president. The 2020 contender also pledged to “reinstate the clean power rules and the gas mileage standards and put forth sweeping legislation to invest in green jobs and infrastructure” during her first 100 days in office.

Klobuchar didn’t say anything about the Green New Deal during her announcement, but the senator, like many of her fellow Democratic contenders, is a sponsor of Representative Alexandria Ocasio-Cortes and Senator Ed Markey’s recently introduced resolution calling for an economy-wide mobilization against climate change.

President Trump, who has a much different environmental record, took to Twitter hours after Klobuchar’s speech to belittle the candidate for bringing up climate change in the middle of a snowstorm. “Amy Klobuchar announced that she is running for President, talking proudly of fighting global warming while standing in a virtual blizzard of snow, ice and freezing temperatures,” he tweeted, adding that she looked like a “Snowman(woman)!”

It didn’t take long for Klobuchar to hit back at the president. “I’m sorry if it still snows in the world but the point is that we know climate change is happening,” she said Monday on ABC’s Good Morning America.

If Trump didn’t catch her response on ABC, he probably saw her clapback on Twitter.

Science is on my side, @realDonaldTrump. Looking forward to debating you about climate change (and many other issues). And I wonder how your hair would fare in a blizzard? ☃️

Don’t bring a combover to a climate fight, buddy!