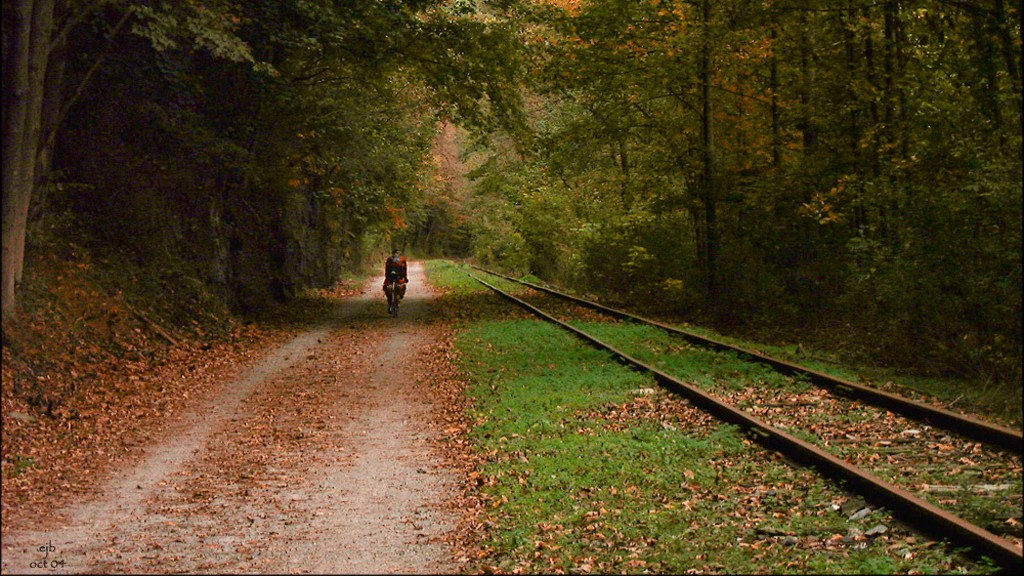 Rail trails — the biking and walking paths that have sprouted up on disused railroad lines over the last couple of decades — can be beautiful and popular public spaces. The Capital Crescent Trail on the outskirts of Washington, D.C., for example, passes scenic waterfronts and is packed on sunny weekend afternoons. As cars and trucks displaced passenger and freight rail in the 1950s, ‘60s, and ‘70s, abandoned rail lines fell into disrepair and became an eyesore. In 1983, Congress passed the “Rails-to-Trails Act.” Since then, the federal government has worked with rail companies and the communities traversed by tracks to reclaim these spaces for the public. Some 20,000 miles of rail trails have been established, with more constantly in development.

So it was alarming news for trail advocates when the Supreme Court ruled 8-to-1 on Monday in favor of a private property owner, and against the federal government, on the question of who owns the rail-line right-of-way on his property. The media headlines made it sound like a dramatic defeat: “U.S. justices deliver blow to ‘rails-to-trails’ policy,” from Reuters, was typical.

It was indeed a bad ruling for rail trail enthusiasts. But relax! The effect will be very limited.

To understand why, you have to know a little about the history of the rail trails. Railroads were built all over the U.S. in the 19th century on land acquired through a variety of mechanisms. In many cases, railroad companies bought the land, or were granted the power to buy it through eminent domain, so they are its owners. Most rail trails have been created through the passing on of land that was fully owned by either a railroad company or a government entity. In cases where a rail company owns a line but is not using it, a federal program called railbanking enables the company to turn it over to the public for a trail while retaining the right to reactivate the tracks at some point in the future.

This week’s Supreme Court ruling involves a small subset of rail trails: those built along rail lines that were created by an 1875 law under which the federal government — which owned massive tracts of land out West — gave easements to rail companies to build cross-country lines. Over time, the land crossed by these rail lines was sold off to private owners. Marvin Brandt, a Wyoming property owner, has one such plot. He sued the government, arguing that the easement for the rail right-of-way on his land expired when the rail line was taken out of use. It was an illegal taking of his property, he claimed, to turn the right-of-way over to another public purpose. The court agreed, and remanded the case back to the 10th Circuit Court of Appeals, which had sided with the government initially.

So what happens now? The 10th Circuit has to rule on the property claim. It’s not a foregone conclusion that it will rule in Brandt’s favor, as there are other potentially applicable laws his opponents will cite that may justify maintaining the easement. (If you want to know more about, say, the 1922 law creating federal rights-of-way — and who wouldn’t? — read this Congressional Research Service report.)

If the 10th Circuit does side with Brandt, then the federal government would have to buy the land for the rail trail from him. It could probably use eminent domain to force him to sell for “fair market value.” Otherwise, it might reroute the trail around his property. “We have to hold our breath and wait for the 10th Circuit to rule,” says Kevin Mills, senior vice president for policy at the Rails-to-Trails Conservancy (RTC).

In the meantime, no rail trails will be closed. (No one even knows how many trails fall into the relevant category, as the federal government has not collected data on it. But the RTC estimates that it’s a fairly small number.) A property owner who thinks she has a chance of claiming land under this ruling would have to sue. Many owners may not take on the expense and hassle, given how narrow railroad rights-of-way are and how little their fair market value would be.

But some might. And the threat of litigation could cast a pall over future rail-to-trail conversion efforts. “The law here is technically the same regardless of whether it’s an existing or future trail,” says Mills. “But there’s a practical distinction: an established trail has a constituency who would notice if it’s lost.” So there will be political will to protect existing trails. For trails that haven’t yet been built and would be subject to this ruling, it could be harder to gather momentum for their construction.

Ultimately, the legacy of Brandt and his allies in the conservative property-rights movement could be weedy, decaying, unused train tracks where public trails might have been.