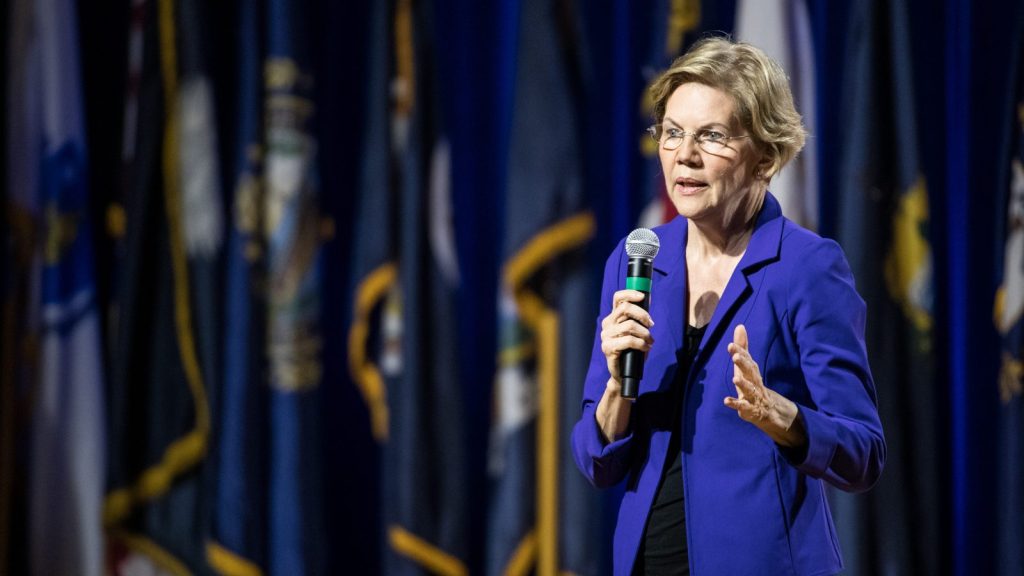 Lying under oath is a crime known as perjury, but corporations lie all the time. (Remember when tobacco companies told us cigarettes were healthy?) On Tuesday, Senator Elizabeth Warren unveiled a plan to fight what she calls “corporate perjury.”

Her proposal, which is part and parcel of her larger anti-corruption push, zeroes in on fossil fuel companies. Specifically, ExxonMobil — a company that is currently mired in lawsuits that allege it knew climate change was real in the 1980s and misled investors and the public about it.

Several candidates have sworn to hold the fossil fuel industry accountable for fraud and corruption. But Warren is the first to release a proposal specifically aimed at stopping corporations from misleading the public and regulators in the future.

The plan is three-pronged. First, Warren aims to create a “corporate perjury” law that will take executives to court for knowingly lying to federal agencies. You might assume such a law already exists, but you’d be wrong. People can be taken to court for lying in court, before Congress, or to their own shareholders, but the information they provide to federal agencies currently constitutes a weird gray area.

Warren’s plan says that “where companies engage in egregious and intentional efforts to mislead agencies in an effort to prevent our government from understanding and acting on facts, they will face criminal liability.” Executives who engage in this type of behavior could have to pay $250,000 in fines or face jail time.

In the second plank of her plan, Warren gets nerdy. Research that is not peer-reviewed — not evaluated by other experts in the same or a similar field — will not be eligible to be considered by federal agencies or courts. The same goes for industry-funded research. That is, it won’t be eligible unless whoever submitted it can prove that it’s free of conflicts of interest. “If any conflicts of interest exist, that research will be excluded from the rulemaking process and will be inadmissible in any subsequent court challenges,” the senator writes.

That would mark a significant departure from the way President Trump operates. On Monday, the New York Times reported that the Trump administration plans to curtail the kind of research the government can use to craft public health regulations, which could have drastic implications both for future rules and regulations that already exist.

The last piece of Warren’s plan hopes to reacquaint the public with the federal rule-making process. She would create a national Office of the Public Advocate to guide people through the process of weighing in on new regulations. By involving the public in this process more explicitly, Warren says, federal agencies will “make informed decisions about the human consequences of their proposals, rather than largely relying on industry talking points.”

Warren’s new corporate perjury plan is in keeping with her broader goal of holding Big Oil accountable for the consequences of their actions. At the first-ever Presidential Forum on Environmental Justice last week, she explained how she feels about corporate executives who pollute. (Editor’s note: Grist was one of the forum’s media sponsors.) “If they do harm to people, they need to be held responsible,” she said. “You shouldn’t be able to walk away from the injuries you create.” That apparently goes for the lies fossil fuel companies tell, as well.