Amid a hellscape of glowing coals, a fiery column recently took flight in Northern California, spinning against a red sky. The name for it? Firenado.

“I had never heard of a fire tornado until today and I really kind of hope I never see a firenado again in my life,” music video producer Robby Starbuck said in a tweet that went viral.

Yes, a firenado is a real thing. Same with pyrocumulus, wildland-urban interface, and Bambi Buckets. This month’s rash of fires brought wildfire jargon to the masses, and the masses (myself included) were pretty confused. I wondered what other fire words and concepts people were encountering for the first time as they read about the Camp Fire, the deadliest wildfire in California history.

What does it mean, for instance, when a wildfire is 45 percent “contained”? What the heck are the “Santa Ana winds,” other than a frequent crossword answer? And is there a difference between a “firenado” and a “fire whirl”?

To understand these bewildering terms, I turned to Andrea Thode, a fire ecologist at Northern Arizona University. She acknowledged that these new words could be daunting for outsiders. “Terminology in the fire world is … there is a lot,” she told me. To illustrate, she asked if I’d seen the National Wildfire Coordinating Group’s 183-page glossary of wildfire terminology — yes, that’s 183 pages, not 183 words.

With climate change making wildfires worse, you’re sure to be hearing these pyro-specific words for the rest of your life. You might as well learn them now.

No, it’s not an oversized pail to rescue lost fawns. A Bambi Bucket is a collapsible bucket that hangs from a helicopter to collect water and dump it on wildfires. What’s with the name? The inventor, Don Arney, made it up as a joke name for the bucket he planned to planned to call SEI-Flex after his company, SEI Industries. Then a friend pressured him into making it the real name. End of story. 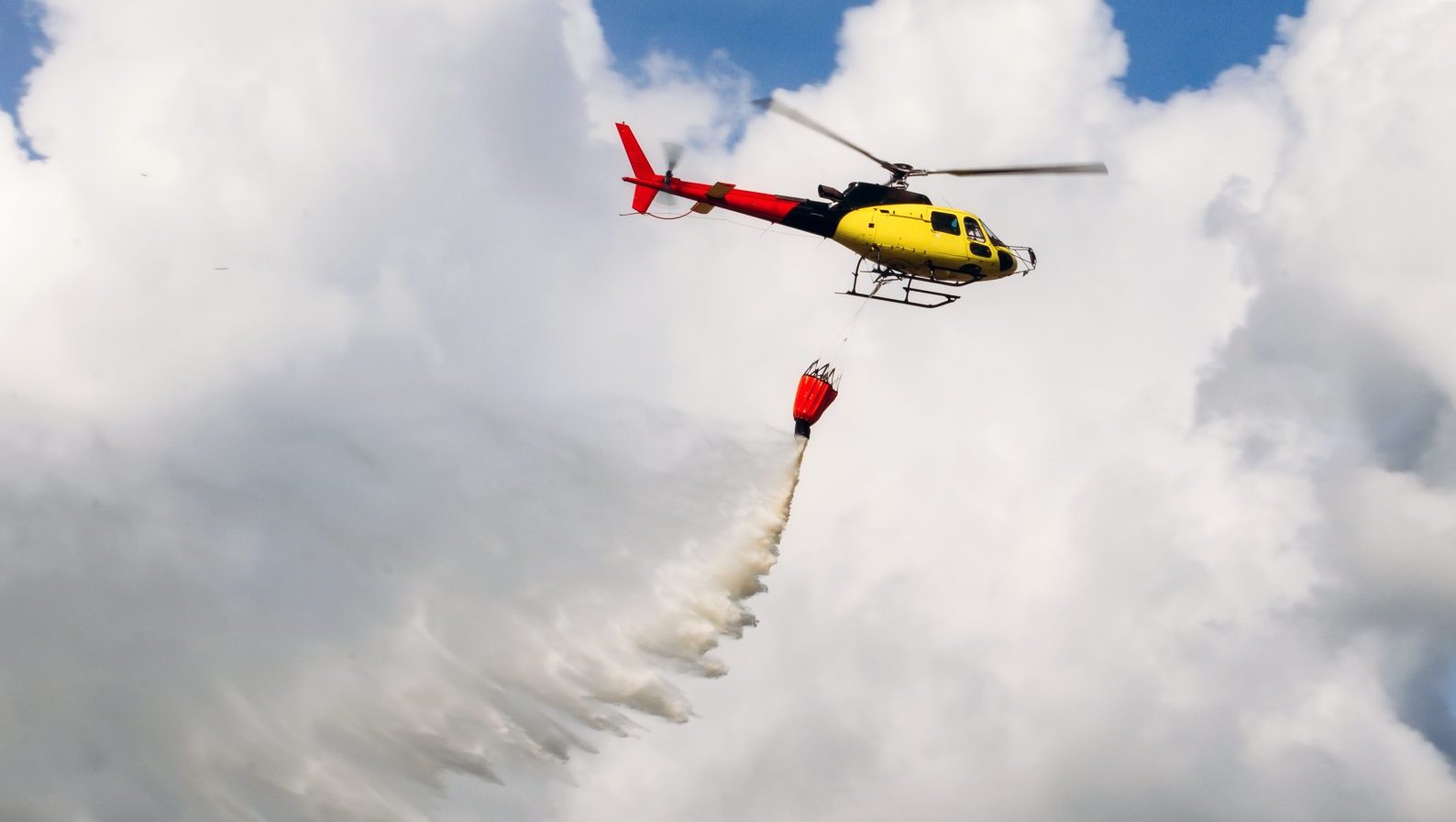 The Camp Fire was 45 percent “contained” as of Friday, according to Cal Fire. That doesn’t mean 45 percent of the fire has been extinguished. It means that firefighters have surrounded 45 percent of the perimeter around the fire with “containment lines” — rivers, trenches, and other physical barriers that prevent fire from creeping past. The percentage is a judgment call on the part of the fire teams, Thode says. Generally, they underreport the figure until the very end, because it would be embarrassing to call it contained and then have the fire run wild again.

If you live in a fire-prone area, it’s a good idea to take precautions to protect yourself. You want the area around your house, called “defensible space,” to be free of dead plants, wood piles, and anything that could turn into tinder so that wildfires bearing down on your belongings don’t get any help. 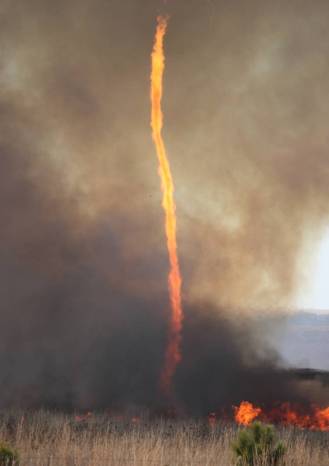 A fire tornado — a spinning column of whirling, red-hot air — is nothing new. The Oxford English Dictionary dates the term to 1871, shortly after the Great Chicago Fire. It’s also known as a “fire whirl,” though some experts maintain there’s a difference between the two, reserving “firenado” for a vortex so big and strong that it’s comparable to a typical, fire-free tornado. During the Carr Fire in California this summer, one of these twisters packed 143-mph winds — the equivalent of an EF-3 rating on the tornado-damage scale. Thode, for one, doesn’t make a distinction: “I wouldn’t say a fire tornado is different from a fire whirl.”

Will it burn? If the answer is yes, it’s fuel. Anything flammable counts. So not just gasoline and trees, but also houses, hand towels, and non-dairy creamer.

An inversion is an atmospheric imbalance that occurs when a belt of warm air sits over cold air. That’s the reverse of normal, stable conditions, in which it gets colder as you go up in elevation. Like a lid on a pan, an inversion can trap smoke. “It can make it really smoky for people underneath the inversion, because the smoke can’t punch out and get away,” Thode says. 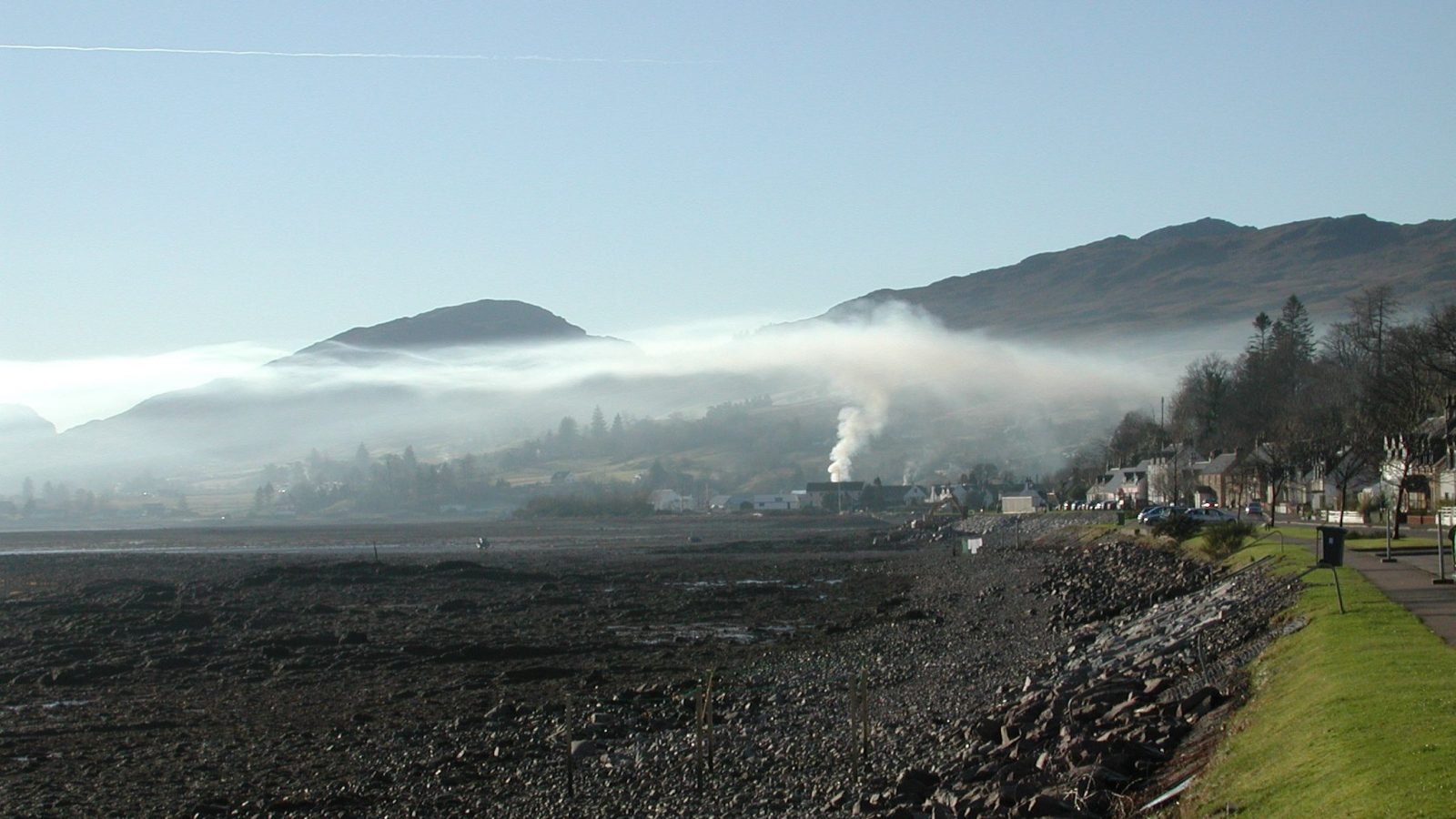 Rising smoke is stopped by an overlying layer of warmer air due to a temperature inversion. S / V Moonrise

It’s a common forest-management practice to set fires on purpose — in a careful, planned way, of course. Indigenous groups did this for thousands of years. But until recently (like 1995), the U.S. actively suppressed any and all wildfires, leading to a buildup of fuel in our forests. Prescribed burns take out overgrown brush, encourage the growth of native plants, and reduce the risk of catastrophic fires.

Evil-looking mushroom clouds sometimes form over a really hot wildfire. The name says it all. Cumulus clouds are those puffy, cotton-like clouds that people lying in the grass like to imagine are animals floating in the sky. Add fire (pyro) and you get the sinister name. As flames burn the moisture out of vegetation, they release water vapor and hot air that rise up and form a cumulus cloud. On rare occasions, rain falls from these clouds, snuffing out the flames below. Also known by the name “flammagenitus,” pyrocumulous clouds sometimes form over volcanic eruptions too. 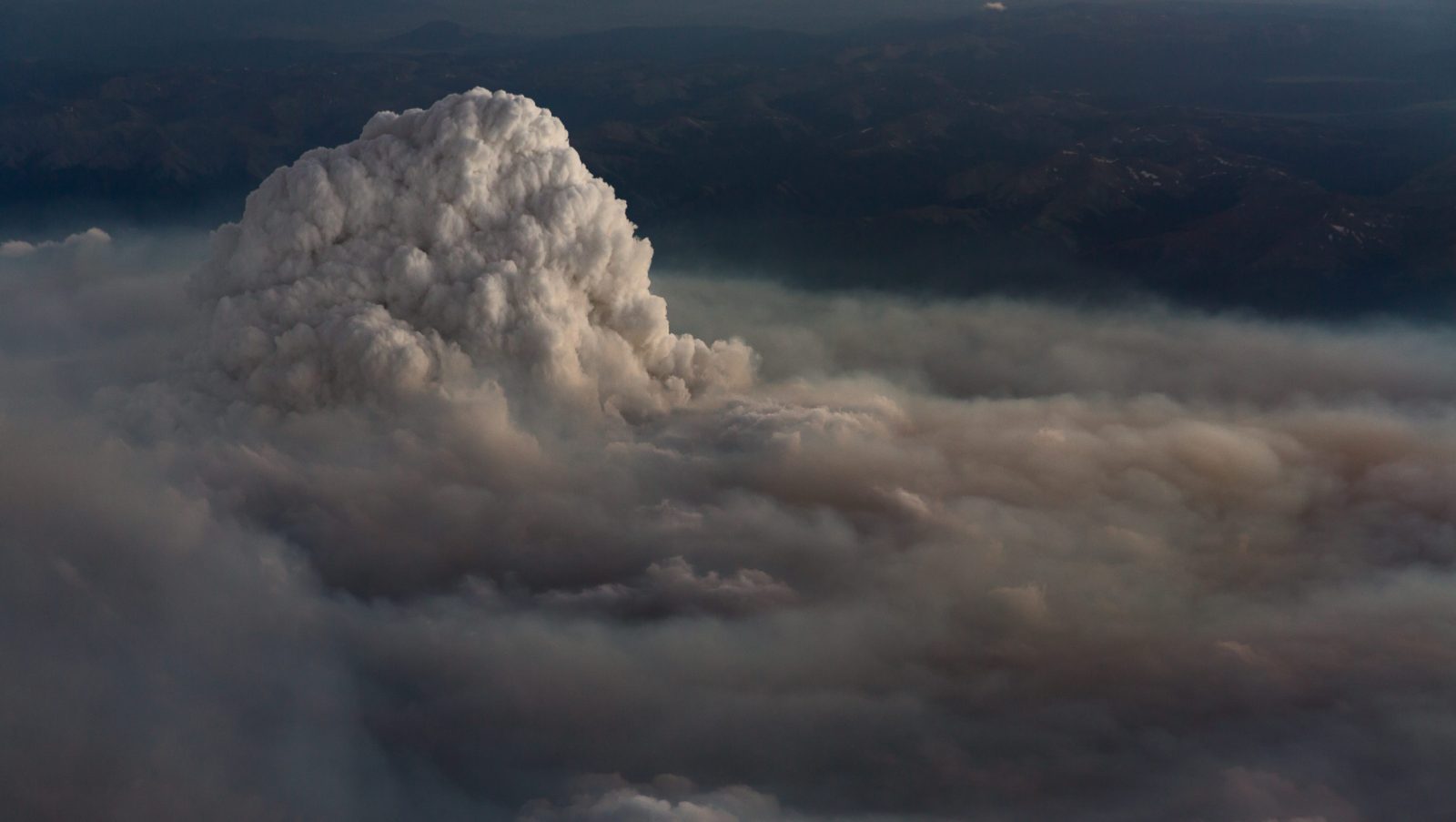 A pyrocumulus cloud forms above a wildfire. Skyhobo / Getty Images

Growing up near the Great Lakes, I thought red flags warned of dangerous currents in the water. But no. It’s fire lingo for when warm temperatures, low humidity, and strong winds lead to a high risk of fire.

Speaking of strong winds … the infamous Santa Ana winds fanned the flames of the Camp Fire. These hot, dry winds roll from the Great Basin into Southern California in the fall, gusting over already-dry terrain and getting warmer as they go. They’re part of a larger category of pressure-based winds called “foehn” winds, which flow from high-pressure areas in the mountains down into low-pressure areas. “Typically you would see these Santa Ana winds, but you wouldn’t see fuels this dry,” Thode says. “Climate is definitely playing a role in this.”

This is the zone where the natural environment meets the built environment. Wherever you have homes, corrals, and powerlines butting up against undeveloped forests or grasslands, it could mean trouble for nearby towns and cities. That’s because fire can easily spread from vegetation to grandma’s house.

One final fire-tangential term to keep in mind: the “new abnormal.” A few months ago, California Governor Jerry Brown called the increase in destructive fires “the new normal,” but he recently tweaked the term.

“This is the new abnormal,” he said at a press conference on Sunday. “Unfortunately, the best science is telling us that dryness, warmth, drought, all those things, they’re going to intensify.”

Seven of the 10 biggest wildfires in California history have occurred in the last decade. If we want to escape a future filled with firenadoes and pyrocumlous clouds, we’ve gotta get our act together on climate change.

The Camp Fire’s flames were deadly. Its smoke could be even more dangerous.