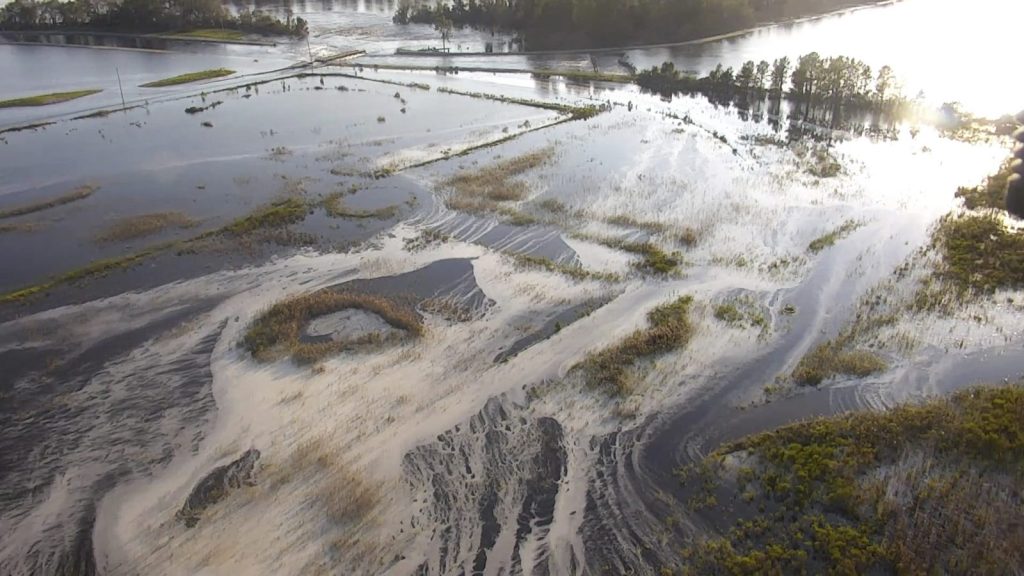 When Hurricane Florence flooded the Carolinas in September, the rivers turned from blue to a sickly gray. The water ran so thick with soil, dead leaves, and pollution that you could see murky ink blots forming from outer space. Duke Energy admitted that the intense floodwaters had caused a breach in one of its dams, setting loose a gross sludge known as coal ash — a toxic byproduct of burning coal.

Laden with arsenic, lead, mercury, and other toxins, coal ash tends to be stored near low-income communities and communities of color. For this reason, Mother Jones reporter Julia Lurie noted that the sludge has “quietly become one of America’s worst environmental justice problems.”

Scientists have found a new, unlikely tool to help track the spread of coal ash contaminants: fish bones. Researchers at Duke University discovered that the pearlescent, calcified structure in a fish’s inner ear — known as the otolith — can provide a picture of coal ash contamination in rivers and lakes.

Looking at the otolith under a microscope, you can see a new layer laid down for almost every day of the fish’s life, says Jessica Brandt, the lead author of the new Duke study. “They grow like tree rings,” Brandt says. The layers contain a lot of information, from the fish’s age to its migration patterns — as well as if and when it came across coal ash contamination.

This knowledge could help researchers track changes over time with more accuracy and ease. “If you go and collect a water sample at any given point, you’re only getting information for the time of collection,” explains Brandt, who is also a researcher with the U.S. Geological Survey.

The scientists from Duke examined fish from two North Carolina lakes with a history of coal contamination, Mayo Lake and Sutton Lake (the lake that was contaminated by coal ash from a Duke Energy plant during Florence). In the wake of the hurricane, Duke Energy claimed that the leaked coal ash posed no environmental or health risks. But experts aren’t convinced.

“The fact that we are finding fish, which is the top of the predator system, with a ‘fingerprint’ suggests that the system is already affected by coal ash,” said Avner Vengosh, one of the authors on the study and a professor of geochemistry and water quality at Duke University. Exposure to coal ash can lead to cancer and a number of other long-term health problems.

Vengosh’s previous research on coal ash was used in a lawsuit in 2017, when a judge ordered the Tennessee Valley Authority to clean up coal ash that had been leaking into nearby rivers in eastern Tennessee for decades. The ruling was recently overturned by a higher court. Still, the more we know about coal ash contamination, the better. Perhaps the pearly, inner ear of fish could also prove to be a useful tool for protecting people from the dangers of coal ash.