Florence stirs up a debate about how we talk about hurricanes 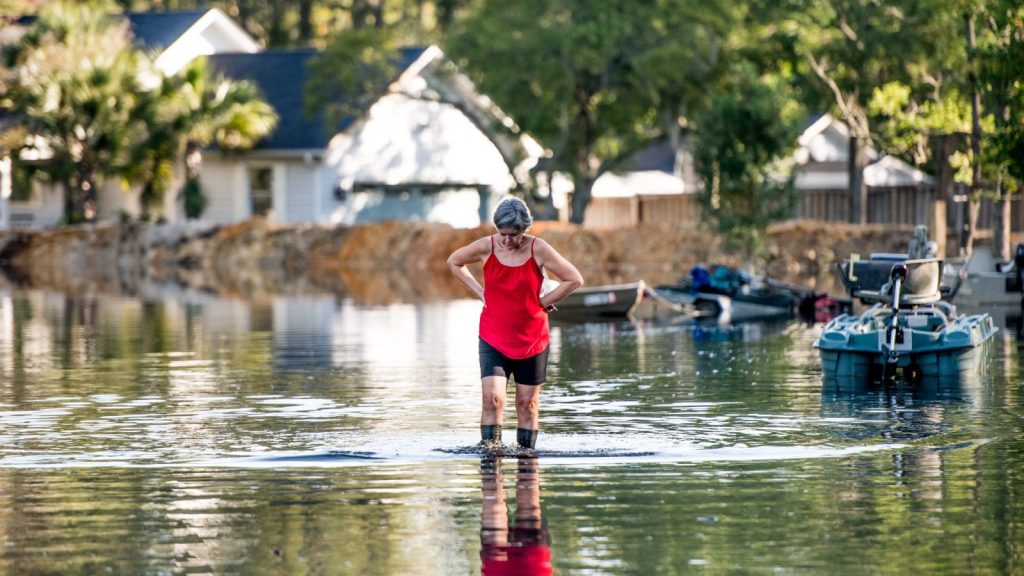 Florence stirs up a debate about how we talk about hurricanes

At Hurricane Florence’s peak of intensity on September 10, its winds roared to 130 mph. But as the Category 4 storm approached the Carolinas, those gusts weakened. When it made landfall, it had been downgraded to a less-threatening-sounding Category 1.

That led some Carolinians to cancel their evacuation plans. Problem is, the storm had only gotten more dangerous as its category plummeted. That’s because the deadliest threat from a hurricane is not its wind speed, but the water it brings. Rising coastal waters and flooding from heavy rainfall cause more than 80 percent of hurricane-related deaths. Florence hovered over North Carolina days after landfall, flooding streets and towns with up to 36 inches of rain.

The Saffir-Simpson Hurricane Wind Scale does just what it’s supposed to: rank a storm based on its winds speeds. But the scale ignores other threats, like rainfall, storm surge, and the overall size of the storm.

Are we talking about hurricanes all wrong? In addition to the complaints about the Saffir-Simpson scale, a lot of people are confused about “100-year flood” terminology. If a 1,000-year flood comes to your backyard, it doesn’t mean you won’t see a storm like this for 1,000 more years. It means that a storm that brings that kind of flooding has a 0.1 percent chance of occuring in any given year.

This language comes from a Federal Emergency Management Agency system that maps floodplains for flood insurance purposes. It was adopted in the early ‘70s, just like the Saffir-Simpson scale. And it wasn’t designed with climate-charged storms like Florence in mind.

“When people hear they aren’t in a FEMA flood zone, they often think there’s no risk their area will flood,” John Rollins, an actuary who specializes in insurance for catastrophic events, recently told the Washington Post. Houston residents found this out the hard way during Hurricane Harvey.

FEMA could update its terminology around storms and floodplain maps. After Hurricane Sandy, New York refigured its maps to take the risks from climate change into account. But given that FEMA no longer includes “climate change” as part of its strategy, it may be difficult to muster up the political will to update these maps.

Well, that explains that. But why haven’t we updated the Saffir-Simpson scale?

“There have been people complaining about this for decades, especially in emergency management,” Marshall Shepherd, meteorologist and professor at the University of Georgia, tells me. Florence reignited these concerns.

Over the past decade or so, researchers have proposed multiple ranking systems to address some of the shortcomings of the category system. Some still focus on winds, but broaden the picture beyond peak winds to get a better picture of how destructive the hurricane might be. Some take the overall size of the storm into account. A scale proposed in 2006 considers six variables: storm surge, rainfall, duration of hurricane force winds, maximum sustained winds, gust score, and minimum central pressure.

Shepherd says the Saffir-Simpson scale doesn’t need to be completely replaced. “We need to come up with a way to augment it with other information, or to use another scale along with it,” he says.

He says that places like the National Hurricane Center and the NOAA did a great job forecasting and communicating the rainfall threat of Hurricane Florence. The real issue, he says, is that “people are so anchored in the jargon of the Saffir-Simpson category narrative.”

Remedying the situation is part science, part communication. While we wait for existing metrics to get an upgrade, the challenge for journalists, meteorologists, and public officials is to make the public aware that a hurricane’s category doesn’t necessarily indicate its overall danger — and that 1,000-year floods like Florence might be more common than we think.