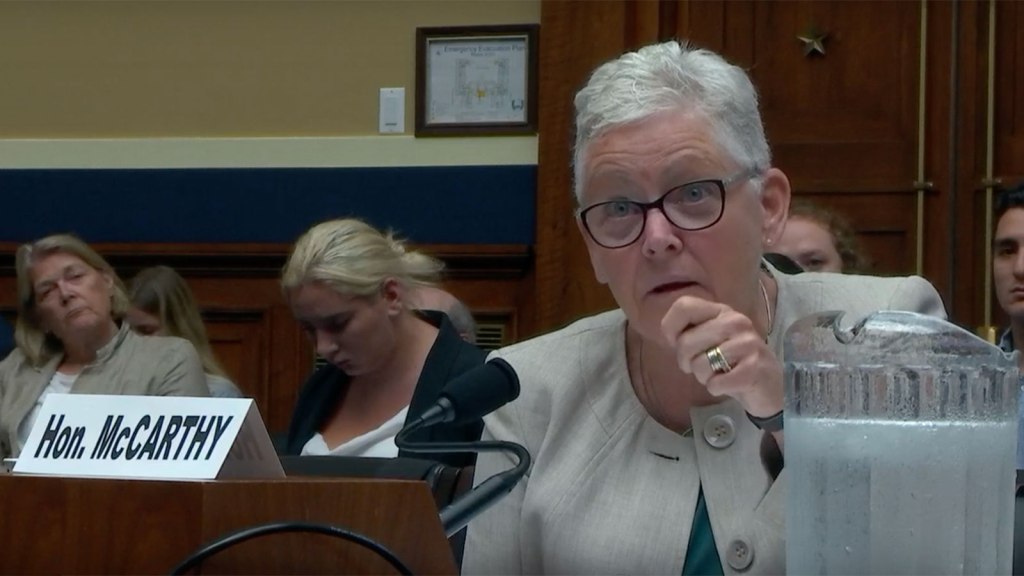 House Committee on Energy & Commerce
Just do your job

On Tuesday morning, the House Energy and Commerce subcommittee hosted what amounted to the most awkward Environmental Protection Agency reunion ever. Former EPA administrators from the Obama, George W. Bush, and Reagan administrations came together to criticize the agency’s current direction under President Trump, calling for Congress to exercise its oversight powers to ensure the agency is fulfilling its obligation to protect the air, water, and human health.

“This administration, from the beginning, has made no secret of its intention to essentially dismantle the EPA,” said Christine Todd Whitman, who oversaw the agency under George W. Bush. The agency has attempted to roll back several regulations on environmental issues such as fuel standards, mercury air toxic standards, methane emissions, and offshore drilling.

“There is no doubt in my mind under the Trump administration the EPA is retreating from its mission,” Whitman said.

Since Trump took office, the EPA has faced a number of controversies, ranging from ethics issues tied to former administrator Scott Pruitt to attempts to shrink the role of scientists both inside and outside the agency. Gina McCarthy, who led the agency during the final years of the Obama administration, said she’s noticed the agency no longer announces regulations by talking about how they’ll impact public health and the environment, instead pointing to how much they’ll save in manufacturing costs.

“EPA’s success is measured in human lives,” McCarthy said. “I find it disconcerting because this collection of past EPA Administrators feel obligated to testify together and individually to make the case that what is happening at EPA today is simply put, not normal and to solicit your help to get it on a more productive path,”

This isn’t the first time former EPA administrators have urged lawmakers to up their oversight over the agency. In April, seven former administrators sent a letter offering to guide Congressional oversight on the agency due to budget cuts and changes to the Scientific Advisory Board and its membership. “Time is of the essence and much is at stake,” they wrote.

The EPA did not immediately respond to Grist’s email requesting comment. But earlier this year, the agency touted its work during the first two years of Trump’s presidency. “The Trump Administration has continued to deliver on its promise to provide greater regulatory certainty while protecting public health and the environment,” said EPA Acting Administrator Andrew Wheeler said in a press release.

McCarthy did not agree. She had a more blunt message for Trump’s EPA during Tuesday’s hearing: “Just do your jobs.”