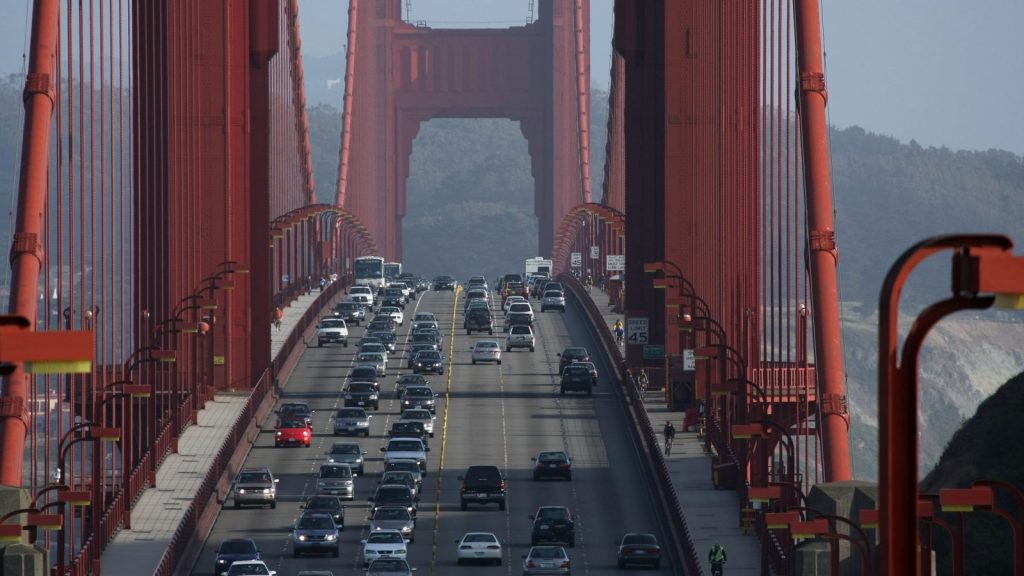 The Golden State has long set the gold standards for fuel efficiency and automobile emissions. Thanks to the Clean Air Act, California is able to set stricter fuel economy limits than those set by the federal government, and because the state is such a huge market, car manufacturers strive to hit the state’s more rigorous benchmarks. That’s been a pretty important factor in driving down vehicle emissions across the nation (and arguably, the world), even if federal regulators aren’t always on board.

But that environmental trendsetting power is at risk after the Trump administration announced last year that it would seek to rollback Obama-era fuel efficiency and greenhouse gas emission standards — including California’s ability to set its bar higher than the rest of the nation.

California has been fighting tooth and nail to keep that ability to influence automakers, and until recently the state’s Air Resources Board was in conversation with the Environmental Protection Agency and Department of Transportation to try and find a solution. But, as Bloomberg News reported, those negotiations have hit the end of the road.

On Wednesday, Senator Thomas Carper, the ranking Democrat on the Environment and Public Works Committee, released a statement confirming that the Trump Administration had formally ended its talks with the Golden State.

“This administration’s negotiations with the State of California over fuel economy and greenhouse gas emissions standards have been superficial and scant at best, or duplicitous and designed to fail at worst,” the Senator from Delaware said in his statement.

The California Air Resources Board responded to Grist in an email: “The administration broke off communications before Christmas and never responded to our suggested areas of compromise — or offered any compromise proposal at all. We concluded at that point that they were never serious about negotiating, and their public comments about California since then seem to underscore that point.”

In a joint statement released Thursday, the White House, EPA, and Department of Transportation said that, “Despite the Administration’s best efforts to reach a common-sense solution, it is time to acknowledge that [the California Air Resources Board] has failed to put forward a productive alternative…the Administration is moving forward to finalize a rule later this year with the goal of promoting safer, cleaner, and more affordable vehicles.”

The Obama administration had pushed for a fleet average standard of roughly 47 miles per gallon by 2025. Last August, the EPA and Transportation Department proposed capping it at the 2020 benchmark of 37 miles per gallon instead — a target so low that it even caught manufacturers off guard.

On Wednesday in response to the news, 200 lawmakers published a letter calling on automakers to publicly oppose Trump’s rollback.

“This is exactly the time that proves the importance of California,” said Jeff Alson, a retired senior engineer and policy analyst at the EPA’s National Vehicle and Fuel Emissions Laboratory who worked at the department for 40 years. “When the EPA is not going to do the job that it’s mandated to do by Congress under the Clean Air Act, we have to have another institution that’s willing to step up to the plate.”

When the EPA proposed its rollback vehicle regulations, it said that raising fuel efficiency and emissions standards forced people to drive less safe cars — claims refuted both by California’s Air Resources Board and by Alson.

“The whole technical analysis that underlies the rollback is complete make-believe,” said Alson. He pointed to 10 years of research and analysis — which he was a part of — that the EPA conducted to inform the tailpipe emissions standards now in jeopardy.

Aside from curbing greenhouse gases, Alson says stricter standards would also lead to the health benefits of cleaner air. In contrast, the Environmental Defense Fund estimated that the Trump administration’s proposal could result in more than 30,000 premature deaths by 2050 due to particulate matter pollution from tailpipes.

Negotiations are over, but the stricter California standards may still have a fighting chance. The state and the Trump administration will likely continue to duke it out in court.