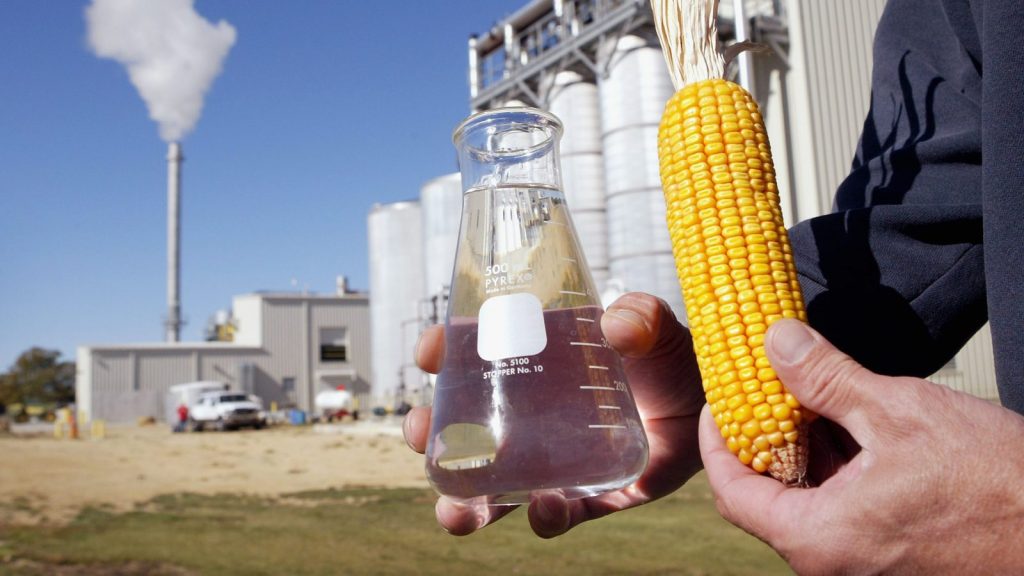 One of the Trump administration’s latest environmental regulatory rollbacks has managed to piss off both Big Oil and environmentalists. The Environmental Protection Agency announced at the end of May that it would roll back a decade-long summertime ban on E15 fuel, a blend of 15 percent ethanol and 85 percent gasoline.

Ethanol is a biofuel that can be made from an array of starchy plants — but is most commonly made by fermenting corn. Mixing gasoline with a greater percentage of ethanol increases the overall volatility of the fuel, resulting in more emissions that react with sunlight to create smog. In some regions, ethanol fuels can be cheaper per gallon at the pump, but they can result in reduced fuel economy, meaning they may not be a better deal for some consumers by the mile. In the mid-2000s, legislation aimed at reducing U.S. dependence on foreign oil and decreasing fossil fuel emissions established the Renewable Fuel Standard program. Since then, incorporating biofuels like ethanol into the U.S. energy mix has been federally mandated. But E15’s contribution to air pollution led to the EPA banning it during summer months in 2011.

Proponents of abandoning the rule say there is little difference in smog contribution between E15 and E10, a blend of 10 percent ethanol and 90 percent gasoline that remained available year-round. They also claim the E15 ban unnecessarily hurt corn farmers, many of whom are still reeling from recent flooding throughout the Midwest.

Scrolling through social posts with #NoPlant19 will quickly give a sense of how real the struggle has been for farmers this flood season: To avoid declining yields later in the growing season, the vast majority of corn crops should have been planted by the end of last week. But as of May 26, more than 40 percent of corn that should have been planted in the U.S. wasn’t yet in the ground.

The USDA announced that 58% of the U.S. #corn crop has been planted as of May 26th, compared to the 5-year average pace of 90%. This is the slowest pace in recorded history. #NoPlant19 #Plant19 pic.twitter.com/VjVsWST0DJ

Rainfall over the next 10 days (most falls after Tuesday…) #OATT #noplant19 #corn pic.twitter.com/USbxTNQGPO

Oil lobbyists, meanwhile, worry that a shift towards the use of more biofuels like ethanol could cut into their profits. That’s created a strange sort of alignment with some major environmental groups worried about dangers E15 fuel could pose to public health, land use, and the climate.

If E15 becomes the default fuel in America, it would result in a 50 percent jump in the nation’s ethanol production compared to E10. That massive expansion in the amount of corn produced to make ethanol, explained Jonathan Lewis, senior counsel at the Clean Air Task Force, “would be disastrous for water quality, habitat, and the climate.”

In the long term, some environmentalists argue that burning more ethanol could wind up leaving those most vulnerable to climate change, like farmers, in more hot water. But determining whether burning ethanol contributes to greater greenhouse gas emissions gets a little complicated: It has to do with the carbon footprint of growing corn and whether producing it for fuel directly leads to clearing more land for food elsewhere (as Grist’s Nathanael Johnson does a great job explaining).

A more immediate environmental impact is the potential for a smoggier summer as a result of drivers filling up their tanks with a higher percentage of ethanol. Lewis contends that there hasn’t been a thorough examination of how the new fuel policy will affect the air we breathe. “The EPA is making policy without knowing how this policy is going to impact public health,” said Lewis.

In response to comments from Lewis and other advocates concerned about public health and the climate, the EPA said that because the rule won’t necessarily result in a shift towards widespread use of E15 fuel: “We do not anticipate significant effects on GHG emissions or air toxics as a result of this action.”

In a letter to EPA administrator Andrew Wheeler earlier this spring, the Clean Air Task Force along with other big green groups like Sierra Club, Earthjustice, and the National Wildlife Federation contend that changing the E15 rule violates the Clean Air Act. And they’re not the only ones who may be taking the Trump administration to court.

The American Petroleum Institute said in a statement following the rule-change that the “EPA has acted outside its statutory authority in granting year-round E15 and rushed through the rulemaking process,” calling the new policy “anti-consumer.” They also claim the fuel blend poses “risks causing costly engine and fuel system damage to nearly three out of four vehicles on the road today.” The EPA has said that E15 fuels are safe for virtually all vehicles built in 2001 or later, though this assertion has been disputed by several car manufacturers as well as the American Automobile Association.

Politically speaking, scrapping the E15 ban is a win for President Trump’s political base, as it fulfills one of his campaign promises. It also throws agriculture a bone as the industry grapples with tariffs that have hurt business. “Our corn farmers are experiencing a perfect storm of economic and weather difficulties. This is a sign that the skies could be clearing,” Ted Mottaz, president of the Illinois Corn Growers Association, told the Associated Press.