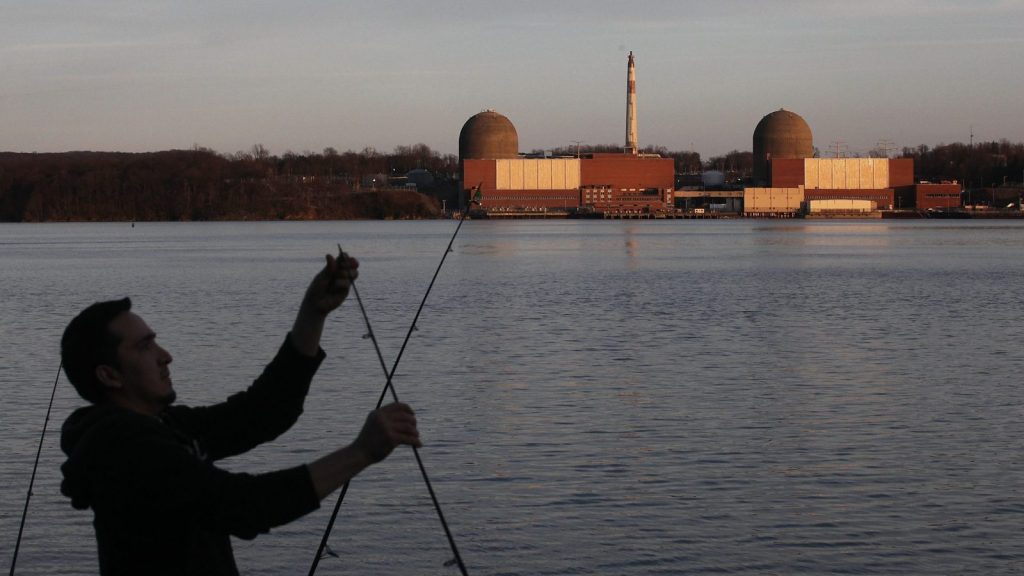 The Green New Deal has been championed by advocates for getting the country running on purely renewable energy right away. Some 600 environmental groups had demanded the initiative set out to ban not just fossil fuels, but also nuclear, biomass power, and large-scale hydroelectricity. So when the resolution made its long-awaited debut on Thursday, it came as a surprise to some that the door was left open for nuclear power and even fossil fuels with carbon capture.

But it was likely the key to getting an impressive group of Democrats to get behind the deal. Senators Cory Booker, Kirsten Gillibrand, Kamala Harris, and Elizabeth Warren have signed up as co-sponsors, and all of them just happen to be running for president in 2020.

So just like that, the most aggressive climate policy proposal we’ve seen in years has the de facto backing of the Democratic party.

The Green New Deal doesn’t mention ‘nukes,’ but it doesn’t use the words solar or wind, either. The non-binding resolution, unveiled by Representative Alexandria Ocasio-Cortez from New York, and Senator Ed Markey from Massachusetts, calls for “clean, renewable, and zero-emission energy sources.” In wonk-speak, zero-emission is code for nuclear power or fossil fuels with carbon capture.

That conflicts with a factsheet found on Ocasio-Cortez’s website which says the deal “would not include creating new nuclear plants. It’s unclear if we will be able to decommission every nuclear plant within 10 years, but the plan is to transition off of nuclear and all fossil fuels as soon as possible.”

The factsheet disappeared from Ocasio-Cortez’s website on Thursday after the resolution was released.

This antinuclear stance might have been toned down to help get people who support nuclear into the coalition. Booker and Warren, for instance, have voted to fund research on advanced nuclear power.

The resolution calls on the US to meet "100% of power demand through clean, renewable, and zero-emissions energy sources." That includes "dramatically expanding … renewable power sources" but can also be read as inclusive of clean, CO2-free sources like nuclear & carbon capture

The evidence overwhelmingly suggests that we will need to rely on a variety of energy sources to make deep cuts to carbon emissions. Every scenario plotted by Intergovernmental Panel On Climate Change that keeps the world from warming more than 1.5 degrees Celsius requires nuclear energy, and most such scenarios require building a lot more of it. Hydropower — the most abundant source of renewable energy going — is important, too. Try to get rid of both nuclear and hydroelectricity, and good luck cutting emissions enough to avoid the worst climate change has to offer.

“The resolution is silent on any individual technology,” Senator Markey said during a press conference on Thursday. “We are open to whatever works.”

In spite of this agnostic stance, a wide range of green and lefty groups welcomed the resolution. Many mainstream environmental organizations had refrained from adding their signatures to the letter demanding the Green New Deal restrict energy options to wind and solar, so when it emerged Thursday, they praised it.

The loudest attacks appeared to come from the right. “It’s a socialist manifesto that lays out a laundry list of government giveaways, including guaranteed food, housing, college, and economic security even for those who refuse to work,” said Senator John Barrasso from Wyoming in a statement.

The Green New Deal is the Fyre Festival of legislative proposals. Everyone spends all their money on what's promised to be an amazing destination only to get there and find yourself sleeping in a tent and selling your soul for a bottle of Evian.

Conservatives have long feared that climate action was just a Trojan Horse for a bigger government with more social-welfare programs. Now, after voting for years to kill market-based climate policies, they’re getting a taste of just what they had feared.