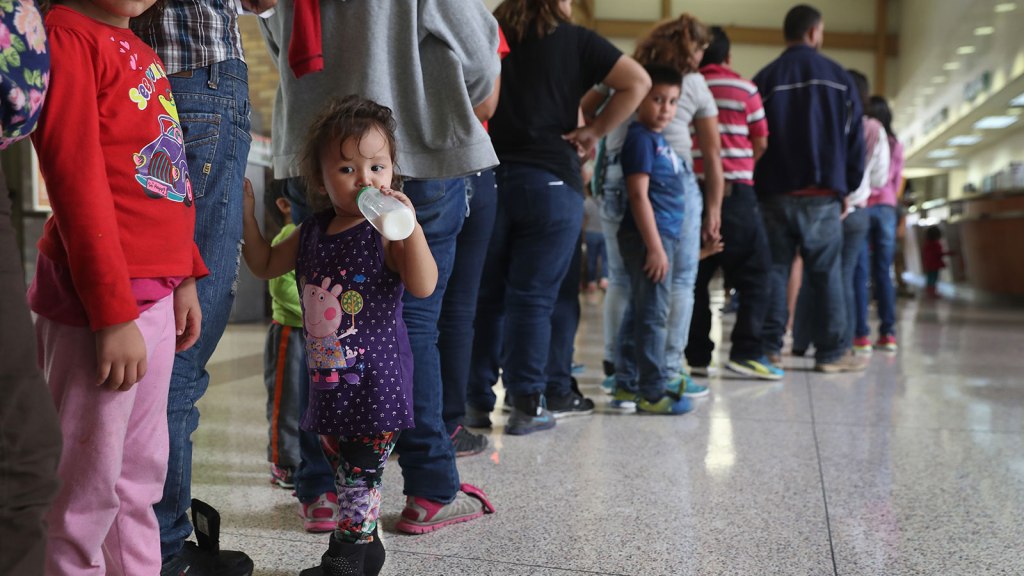 This week, President Trump hinted at an upcoming executive order that would end the long-standing Constitutional guarantee of birthright citizenship. The announcement had its (likely intended) effect of gumming up the news cycle less than a week before the midterm elections. For communities recovering from natural disasters, it introduced a different kind of complication — a potential loss of Federal Emergency Management Agency funds.

Like many other government-run assistance programs, FEMA relief is available to individuals whose children are U.S. citizens, regardless of their own immigration status. By nullifying birthright citizenship guarantees, the Trump administration would remove protections available to many victims of current and future superstorms. And it’s only the latest potential policy blow to immigrant communities.

The anticipated executive order also comes as people are still reeling from the Trump administration’s proposal earlier this fall to make it harder for individuals who accept federal housing assistance, food stamps, and Medicaid to qualify for a green card. Those moves, advocates say, would force parents to choose between becoming a legal permanent resident, or getting support to keep their families healthy.

Even though the policies are not yet law, they are already complicating recovery efforts in areas of the U.S. affected by climate change. Advocates say anti-immigrant efforts could limit many residents’ access to housing, healthy food, and disaster relief.

Rachna Khare is the executive director of Daya, a Houston-based organization that provides counseling and services to South Asian survivors of domestic violence and sexual assault. It’s well documented that gender-based violence increases after disasters like hurricanes — there was a 45 percent increase in the wake of Hurricane Katrina, for example. Khare says that after the Hurricane Harvey, many domestic violence shelters in Houston were either full or flooded. “To say low-cost housing became a challenge is an understatement,” Khare told Grist. “That’s why public benefits became incredibly important.”

Although President Trump’s next executive order is currently dominating the news cycle, advocates say his administration’s quieter moves that complicate the path to citizenship are already having a chilling effect. The Department of Homeland Security published a proposal in October that would change its definition of “public charge.” Currently, “public charge” is a term used to mean someone who is likely to become dependent on government help, such as cash welfare, for survival. Being designated a public charge can make it harder to get an application for permanent residency approved.

The proposed rule change would expand the “public charge” criteria so that accepting food stamps, Medicaid, or Section 8 Housing vouchers would also be considered a strike against you. And earlier this year, a leaked draft of the proposed policy stated that applying for benefits for your dependents could be included in the new definition of public charge. The idea that adults might be penalized for seeking resources for their eligible children sparked outrage, and by the time the final language came out in October, the language regarding aid for family members had been removed.

Lost yet? The back and forth was hard for pretty much anyone to follow. And advocates say that misinformation, fear, and anti-immigrant rhetoric are leading families to drop out of benefits regardless of whether or not it would actually harm their immigration status.

“It doesn’t matter what it says in the rule. What matters are the choices people make based on the rhetoric and the swirl of information of that is out there, which is less nuanced and less precise than it should be,” says Kate Vickery, executive director of the Houston Immigration Legal Services Collaborative. “The collateral damage to this is people dropping out of programs that help stabilize their families.” Vickery’s organization helps provide cash assistance to families still recovering from Harvey. She has been hearing reports of some families refusing help even from faith-based organizations over fears of it affecting their immigration status.

The draft proposal of the changes to the definition of “public charge” is open to public comment until December. Khare says keeping abreast of changing immigration policies and managing clients’ fears has placed an extra workload on advocates.

“We want to make sure survivors know nothing has changed yet, please don’t unenroll from benefits that are keeping you alive,” says Khare. “Our biggest fear is that people would — without these benefits — go back to abusive partners and unsafe homes, and that can result in life-ending consequences.”

The stakes can be even higher for domestic violence survivors who are immigrants with U.S.-born children. For them, the decision becomes a choice between getting help for their families or being able to stay in the country with their children.

“Pia” is one of the women that Khare’s organization, Daya, has helped with housing. (Her name has been changed to protect her identity.) She is waiting for the Department of Homeland Security to reissue her a green card that she says was misplaced by one of the shelters she lived in after fleeing her husband in 2015. Because her children are U.S. citizens, she’s been able to get food stamps and Medicare for them.

“If my kids are not insured, then I have no idea where I’m going to go for a doctor. It’s a big help. And also food, food is like an everyday need. It’s been very helpful,” she says.

Despite how much Pia values the assistance, and although she’s confident she’ll be issued a new green card, she says that if she was forced to choose, “I’m going to choose a green card over anything because I need to stay with my kids.” If she had to return to her home country, she says, it would be easy for her husband and his family to take away her children without recourse. And her son, who has autism, wouldn’t have access to the same supports he gets in the U.S.

Pia’s children have access to many of those benefits because they were born in the United States. If there were no birthright citizenship guarantee, families like Pia’s would not be eligible for services like disaster aid. That kind of change would have huge implications for a diverse city like Houston. Almost half of all children in the Houston area are the children of immigrants. And a study found that immigrant communities were more likely to suffer a loss of income and say they needed help getting medical care after Hurricane Harvey. In disaster-affected areas across the U.S., immigrant families have had to rebuild in the midst of a flurry of policies and political rhetoric aimed at displacing them again. In 2017, the Immigration and Customs Enforcement (ICE) office in Houston arrested more noncitizens than anywhere else in the U.S. except for Dallas.

At least for now, it’s unclear how the proposed policies would impact individuals who already have their U.S. citizenship via birthright. When the Dominican Republic revoked birthright citizenship in 2013, it required citizens to file for “re-naturalization.” Stripping children of citizenship could have effects across generations, says Randy Capps, director of research at the Migration Policy Institute. “It’s about the long-term well-being and functioning of these children — if they get hungry, if they get sick, and also if their parents are more stressed, that could result in more problems,” he said.