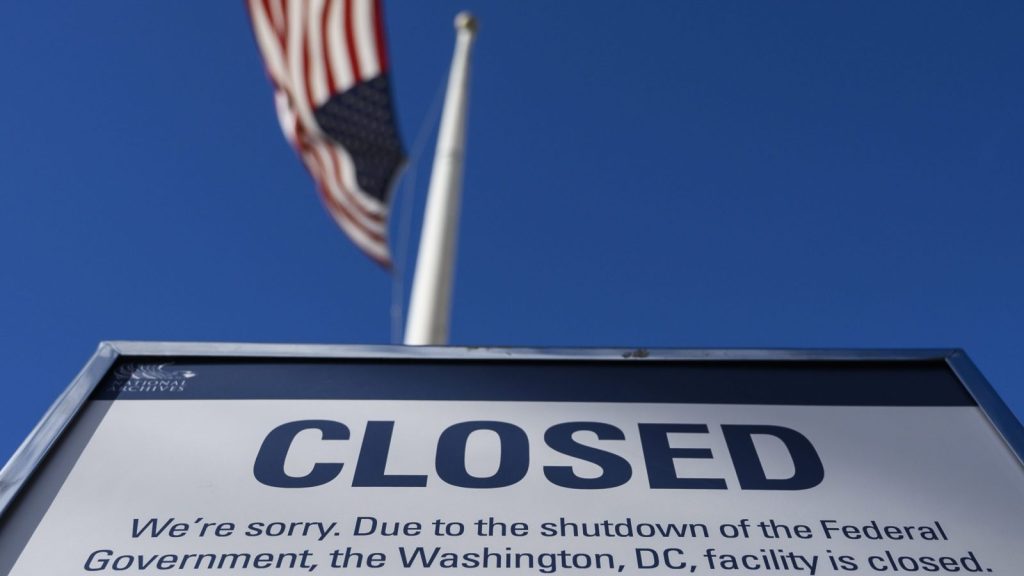 We don’t yet know if 2019 will be a letdown, but it will likely start with a shutdown.

Seven days in, the budget gridlock between Congress and the President over federal funding for his proposed border wall remains at a standstill. The House and Senate adjourned Thursday without a budget deal, meaning the partial government shutdown, which affects about a quarter of the federal government, will continue until at least Monday.

For President Trump, that means no Mar-A-Lago trip for New Year’s. For around 800,000 federal workers, that’s no paycheck for the foreseeable future.

The shutdown caps off a year that’s been marked by several climate-related disasters, from Hurricanes Michael and Florence, which pummelled states like Florida, Georgia, and the Carolinas, to California’s deadly wildfires. Among the Americans affected by the partial shutdown are disaster survivors — and the federal workers and lawmakers working to help them recover.

The failure to pass a federal spending bill also has repercussions for those who have survived disasters and intimate partner violence, as the Violence Against Women Act lapsed during the shutdown. (Studies show that there are upticks in domestic and gender-based violence after super storms.)

Because of the current shutdown, The Federal Emergency Management Agency’s National Flood insurance Program has stopped issuing new flood insurance policies and will not renew existing policies that lapse. “FEMA’s decision will cause upheaval for home buyers and sellers across the country,” Louisiana Senator John Kennedy said in a statement.

As long as the shutdown drags on, federal employees will be furloughed or required to work without pay. FEMA officials have said that staff will stay on the job, much to the relief of residents in hurricane and wildfire-affected areas.

Folks over at the National Weather Service are also still on the job after an exhausting year. “We’ll be here every night, in bad weather or not,” said Jonathan Blaes, acting meteorologist-in-charge at the Weather Service in Raleigh, in an interview with CBS News. “We’ve been tremendously busy weather wise here, to be honest with you, with multiple hurricanes, floods and now a winter storm. So, I know our staff is tired. And, the holidays are a little harder because they’re away from their families.”

Both sides of the aisle have been using the interruption in disaster relief to shutdown-shame and pressure the opposition. Take Representative Austin Scott of Georgia, a Republican, who tweeted out this burn just before the shutdown (after the House voted to include $5 billion for Trump’s border wall to the budget, forcing another, ultimately unsuccessful, Senate vote).

“What the mainstream media fails to report is that in addition to fulfilling Trump’s request on border security $, the House was also able to secure in the [short-term continuing resolution] $8B in disaster assistance for GA, FL, AL, CA & the Carolinas,” he tweeted.

Representative Scott — who has a record of denying climate change — added in a statement that his constituency needs help: “Georgia families, as well as families in Florida, Alabama, the Carolinas and California, desperately need federal assistance to recover from catastrophic weather events this year.”

If the House-proposed version of the budget had passed, $1.1 billion of the $8 billion allocated for disaster assistance would have gone toward paying for crops lost during hurricanes. Austin says that money is urgently needed before farmers are scheduled to plant crops in 2019.

But just like the larger budget, the allocation of disaster relief is a contentious.. Democratic Representative Sanford Bishop — also from Georgia — said in a statement that the $8 million set aside for impacted rural communities would merely be “token disaster relief.” Instead he asked for $150 million in funding for rural areas hit by disasters. He also called for $600 million for nutrition assistance for Puerto Rico (currently not included in the budget at all) and $480 million instead of the allocated $200 million for the Emergency Forest Restoration Program.

This isn’t the first time this year that a government shutdown has hampered negotiations over disaster relief. It’s the third government shutdown of 2018. (That hasn’t happened since 1977 when President Jimmy Carter was in office.) 2018 began with an immigration-fueled three-day shutdown in January, followed by a brief funding gap in February. Hurricanes Florence and Michael hadn’t yet hit states in the south and southeast, but other communities were still reeling from Harvey, Irma, and Maria.

“The delay in passing a budget with a significant disaster package has been devastating for people in Houston,” wrote Michelle Tremillo, executive director of the Texas Organizing Project, in an op-ed for The Hill early this year.

As to when we may have an end to this shutdown, the House and Senate will return next week to continue negotiations. But it’s possible a solution will get punted to the next session of Congress, slated to begin January 3, 2019, when Democrats will assume the House majority.