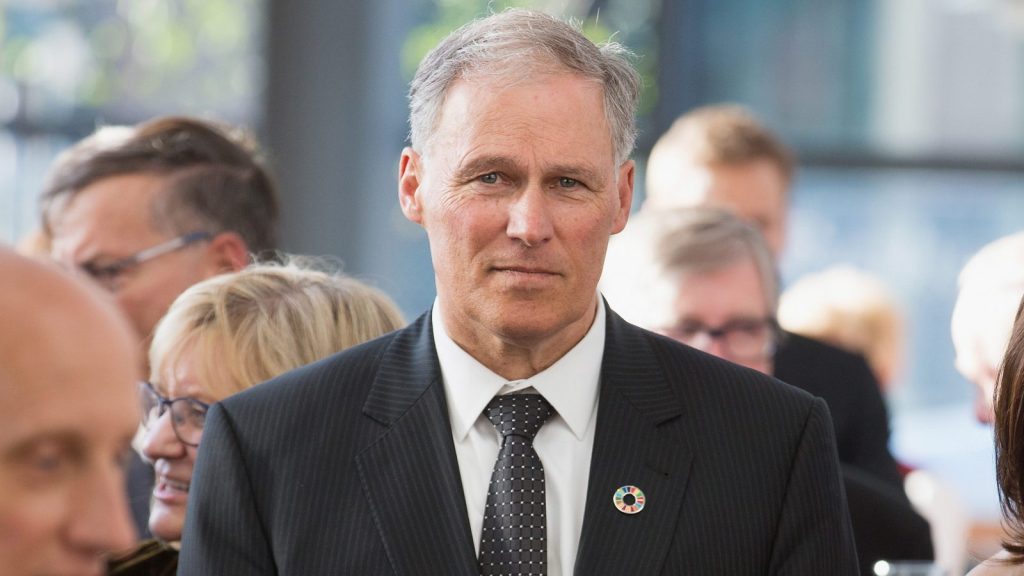 Washington State Governor Jay Inslee is considering running for president and he’s got one issue on the brain: climate change. On Wednesday, the Democrat took another step toward solidifying his green credentials by signing the No Fossil Fuel Money Pledge.

Unlike Bernie Sanders, Elizabeth Warren, Joe Biden, and other high-profile Democrats mulling (or already in the process of launching) presidential bids, Inslee isn’t exactly a household name. But the governor is betting that Americans have developed enough of an appetite for climate action to elect a candidate who puts it front and center — even if they haven’t heard of him.

Accepting or rejecting money from fossil fuels is developing into a sorting issue among Democrats. Progressives like Alexandria Ocasio-Cortez argue politicians working on crafting environmental policies shouldn’t accept money from Big Oil, while establishment Democrats like Frank Pallone — the new chair of the powerful Energy and Commerce Committee — argue fossil fuel money is a necessary evil.

Inslee has a sturdy solid environmental record, though he isn’t immune to some pointed criticism from a few folks to his left. And while more than 1,300 American politicians have taken the pledge not to accept fossil fuel donations, Inslee is only the second governor and the third of the many prospective 2020 presidential candidates from the Democratic Party to reject any such donations that are larger than $200. Bernie, Senator Jeff Merkley from Oregon, and Governor Tim Walz from Minnesota have also taken the vow.

“This challenge calls for the scale of national effort similar to when we went to the moon, similar to when we beat fascism,” Inslee told HuffPost about what it will take to defeat climate change. “The Democratic Party has to put a candidate forward who will make it the primary commitment to get this stuff done.”