Elizabeth Warren is running for president. Here's what she's saying about the environment. 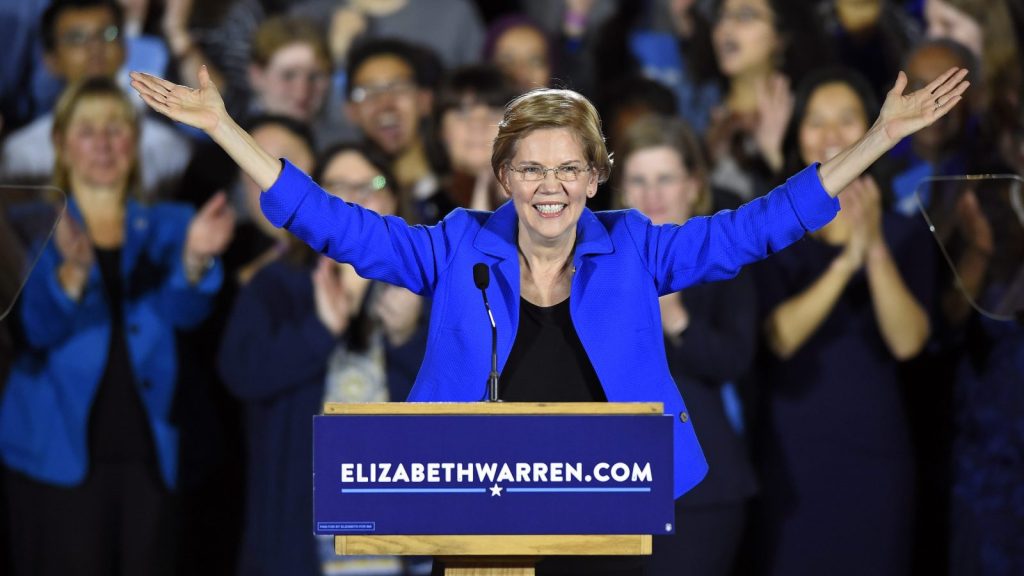 Elizabeth Warren is running for president. Here’s what she’s saying about the environment.

Surprise! Senator Elizabeth Warren is running for president. Rumors about her 2020 prospects have been circulating for years now, but it became semi-official on Monday morning.

In a four-and-a-half-minute video, the Massachusetts Democrat announced she is launching an exploratory committee for a presidential bid. Announcing an exploratory committee is a tiny bit different than saying you’re running outright — it means you can start fundraising. If the money comes through (a safe bet in Warren’s case), it’s essentially a green light to run for president. (Warren already posted a status on Twitter that indicates she’ll be making her official decision early in the new year.)

Most of Warren’s announcement video is dedicated to anti-Wall Street messaging. “Corruption is poisoning our democracy,” she says. But where does Warren stand on the environment? It’s an issue that top Democrats — most recently, billionaire philanthropist Michael Bloomberg — have signaled might finally be a campaign priority in 2020.

Well if you jump to the 2:43 mark, you’ll catch Warren calling out the oil industry for “destroying this planet.” That’s all we get from this candidate on the environment (so far), but she will likely release more information on her platform in the coming months. She’s got a 99 percent lifetime score from the League of Conservation Voters — an organization that keeps tabs on how politicians vote on the environment.

Every person in America should be able to work hard, play by the same set of rules, & take care of themselves & the people they love. That’s what I’m fighting for, & that’s why I’m launching an exploratory committee for president. I need you with me: https://t.co/BNl2I1m8OX pic.twitter.com/uXXtp94EvY

Warren has been laying the groundwork for this presidential run for a long time. Over the past couple of years, she has positioned herself as President Trump’s nemesis — pushing back on many of his policies and championing anti-corruption and affordable housing bills. But she’s also stumbled a couple of times along the way (remember when her effort to prove her Native American ancestry misfired?). The senator faces a crowded primary — 35 Democrats are rumored to be running in 2020, including folks with similar platforms like Bernie Sanders.