It’s Monday, November 19, and Dems are trying to get their *House* in order around climate. 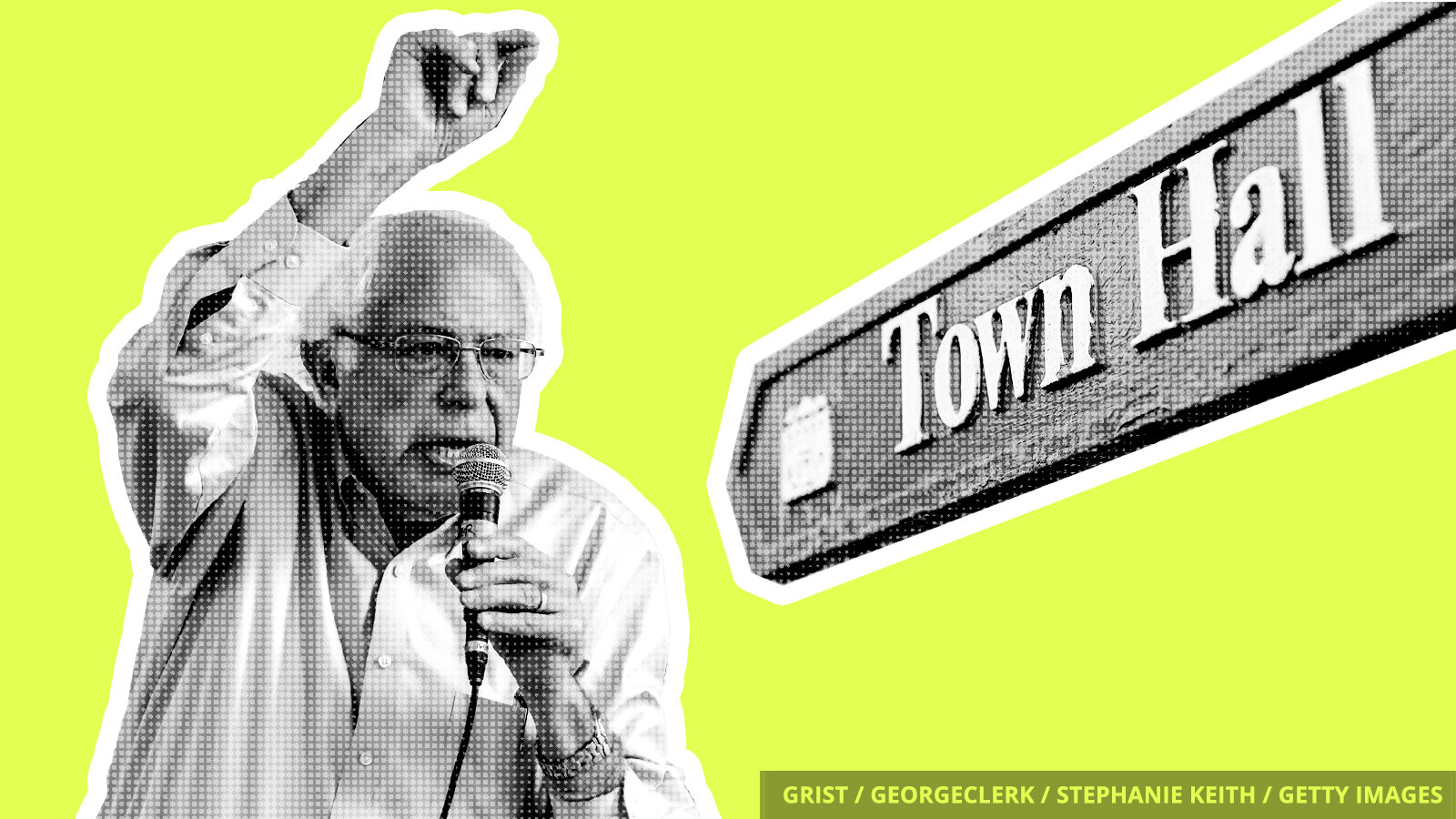 Senator Bernie Sanders announced he will host a 90-minute town hall meeting to elevate one of the most important issues of our time. The event, scheduled for Dec. 3, is designed to push Congress to take action on climate change, through proposals like the Green New Deal. Recently, Representative-elect Alexandria Ocasio-Cortez, led a group of young protesters in a sit-in at House Minority Leader Nancy Pelosi’s office to push environmental issues to the forefront of the Democratic party’s priority list.

Climate change — often sidelined as too depressing to draw eyeballs — doesn’t get a lot of screen time. Just last week, a Media Matters analysis of national TV coverage of the California wildfires found that less than 4 percent mentioned it. That’s just nuts, especially considering that just prior to the fires, Northern California’s vegetation dryness exceeded the 99th percentile for any single day on local records.

So mark your calendar and start organizing those watch parties. This could be your chance to finally tune in (not tune out) on climate change.

Northern California’s catastrophic Camp Fire has now torched an area the size of Chicago. The confirmed death toll from the blaze, the deadliest and most destructive fire in California history, has risen to 77. Almost 1,300 names still remain on an ad hoc list of the missing. “I don’t have any word to describe it,” Butte County Sheriff and Coroner Kory Honea told CNN. “No one has had to deal with this magnitude that caused so much destruction and regrettably so much death.”

While visiting areas struck by the Camp Fire this weekend, President Trump floated a bizarre idea on how to keep vast, drought-stricken forests “safe.” He incorrectly suggested that California wildfires could be prevented by … raking. “You’ve got to take care of the floors — you know, the floors of the forests,” Trump told reporters as he toured the charred ruins of Paradise — a devastated town he referred to as “Pleasure.” He was citing a conversation with his Finnish counterpart, who denies that such a forest management practice, in actuality, exists.

President Trump made an impromptu announcement on Friday that he plans to nominate Andrew Wheeler to run the Environmental Protection Agency. Wheeler, the acting EPA chief and a former coal lobbyist, took over in July after Scott Pruitt resigned amid allegations of ethical violations. Wheeler has continued Pruitt’s deregulatory agenda. “Putting a coal lobbyist like Andrew Wheeler in charge of the EPA is like giving a thief the keys to a bank vault,” said Michael Brune, the Sierra Club’s executive director, in a statement.

Fishers are getting crabby over climate change