Hold on to your snowballs: More Americans accept the reality of climate change than ever before 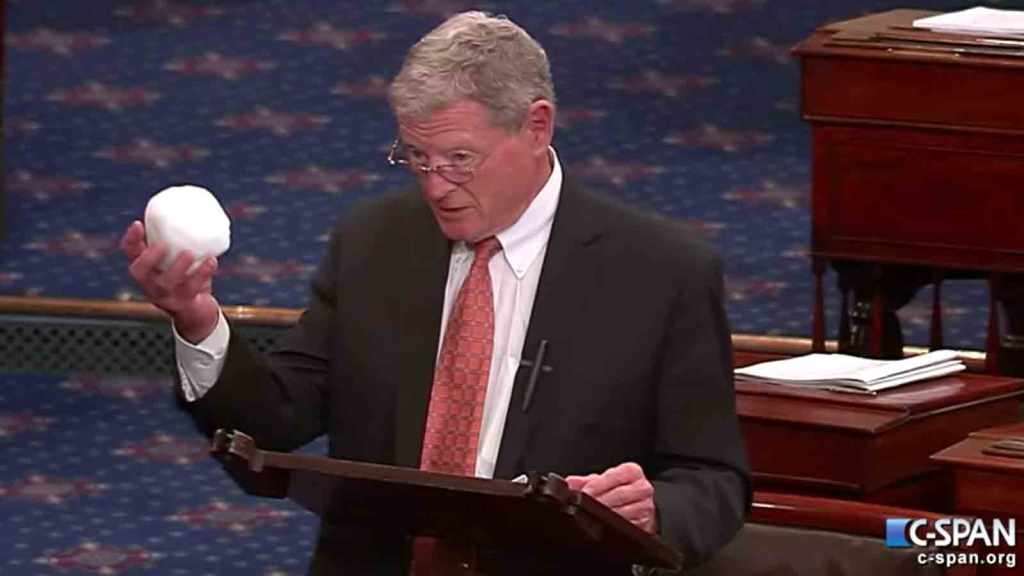 Hold on to your snowballs: More Americans accept the reality of climate change than ever before

Seventy-three percent! That’s the proportion of Americans who now think there is “solid evidence” of global climate change, according to a new report released by National Surveys on Energy and the Environment (NSEE). It’s the highest percentage since the survey started in 2008.

Good news? Sort of. Even those who accept the reality of climate change are still hazy on the causes. Only 34 percent of those sampled believed that climate change is due primarily to human activity, as established science indicates. As for the rest, 26 percent thought it was partially due to humans and 12 percent blamed natural causes. Come on, people!

Before you tear your hair out, here’s a quick lesson in the types of climate denial. “Trend deniers” are people who question whether the climate is changing at all — like the infamous snowball-throwing James Inhofe. “Attribution deniers,” on the other hand, question whether the changes can be linked to human influence — more in line with Scott Pruitt’s oh-so-vague climate beliefs.

Evidence suggests that trend deniers are on a sharp decline. Only 15 percent of those sampled in this study believed the climate was not changing at all. “That’s the lowest percentage since we started the survey,” says Barry Rabe, coauthor of the report and professor at the University of Michigan.

This has been a long time coming. Americans are experiencing more extreme weather on a personal level (heat waves, anybody?) and are seeing a growing number of reports about rising sea levels and melting polar ice.

But at the same time, attribution deniers are still around — and they present problems for anyone hoping to pass climate legislation.

“Those who are averse to mitigation aren’t as vehemently challenging the science of climate change, as they are the ability of policies to make any difference,” says Christopher Borick, director of the Muhlenberg Institute of Public Opinion and another coauthor of the report.

This has been particularly visible in the Trump administration, where climate denial has taken the form of rejecting human influence rather than rising temperatures more generally. And, by denying the role of humans, the Trump team has absolved itself of making any significant policy changes — well, except for rolling back environmental regulations.

At least we don’t have to waste as much paper showing why a single snowball doesn’t disprove the reality of a warming world. But if you think that climate change is only partially — or not at all — caused by humans, you’re even less likely to take the drastic actions needed to prevent catastrophe.

“In general, having Americans accept the existence of climate change is a necessary condition for policy action,” Borick argues. “But it’s not sufficient.”

Borick and Rabe are hopeful that we will continue see slow movement toward both acceptance and action. The surveys show some hints that trend deniers can become attribution deniers — and that attribution deniers, in turn, may eventually accept the full science of climate change. But, if the last decade is any indication, it’s going to take a while.