How do I get my husband to care about the climate? 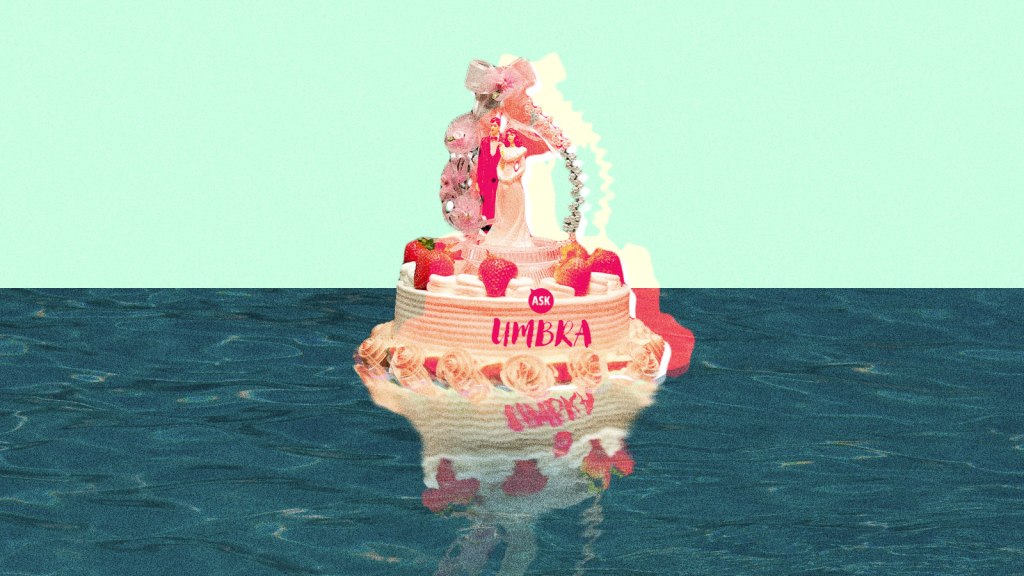 How do I get my husband to care about the climate?

How do you get someone — say, an apathetic husband — to care about and participate in positive behavior towards the environment without nagging?

First off: Girl, been there. In 2016, I was dating a guy we’ll call Sam. During the couple of months that we dated, we clashed on quite a few points, but his departure from my own best environmental efforts was a constant, humming conflict. He loved hunting and ate meat in almost every meal; I was attempting to replace chicken with tofu. He didn’t compost or recycle in his apartment; I toted the same clunky travel mug around everywhere, even to the Beyoncé concert we attended together. (Thank you, Sam.) A true son of Los Angeles, he was almost never seen on public transit; I’ve been faithful to it for decades!

It was his lack of recycling, for some reason, that really drove me bonkers. “Why,” I’d demand, “won’t you just make a separate bag and put the recyclable stuff in the bag. It’s SO EASY.”

“What is the point?” he’d respond, ever the cynic. “It probably all goes to the landfill anyway. Recycling is a myth!”

Well, he was sort of right, as it turns out. But that’s not why this bit of bickering never really went anywhere. Changing your partner — or trying to — is never easy, but getting a loved one to start caring about the environment is particularly challenging because it’s so abstract. We live in it every day, but most people aren’t thinking that much about it! A livable-for-humans environment is probably the definitive thing those of us in heavily urbanized, developed countries take for granted. So it’s also kind of hard to imagine it going awry; that the air will become increasingly unbreathable, the water undrinkable, and basic city infrastructure insufficient to meet the needs of our changing climate.

That’s the likely outcome if no one cares about — or at the very least, for — the environment. But “caring about” and “participating in positive behavior” for the planet, to your point, are different things. In his book, Being Ecological, philosopher Timothy Morton writes about “how to live ecological knowledge.” He elaborates: “Conventional wisdom says that being ecological is a special, different mode of being, akin to becoming a monk or a nun … I think we are already ecological — we just aren’t consciously aware of it.”

Basically, Morton believes that everyone carries a sort of ecological awareness within them, because everything we consciously care about is somehow connected to the natural world. We’re just not socially equipped, for a variety of reasons, to carry that awareness to ecology-preserving action.

But, he argues, trying to extend that specific caring to the planet — “I care about French heat waves because I love champagne,” or “I care about lithium-rich pegmatites because I love the iPhone” — is often a counterproductive exercise. The entire planet is arguably impossible to care about as a whole. Again, it’s so big it becomes abstract. You simply can’t picture the whole thing.

That’s not to say a greener influence is futile. I’ve committed my life and livelihood to convincing friends and strangers alike to become more actively ecological. I’ve had some successes in my personal life, such as convincing my current partner that dropping $60 every week at the farmers market is a very good and fun investment! But heirloom lettuce aside, yelling at someone to prioritize “the planet” because they have some moral obligation to do so doesn’t work; it elicits more confusion and frustration than empathy, which is ostensibly what you’re going for. I don’t recommend it, particularly for your significant other.

Ultimately, accusing someone of not caring for something that feels so ethically unassailable (the planet! Future generations! Poor people in Tahiti!) feels like a judgment of their morals. And nothing hastens the loss of romance more than watching your partner weigh your personal ethics only to find them a little … light.

Which brings us back to Sam. When he and I ultimately broke up, it had nothing to do with proper allocation of trash, which may be one reason we stayed friends. Yet lo and behold, years later, he started to text me about how upset he was about the proliferation of disposable, single-use plastics. He asked how he could reduce his plastic use. He showed an interest in fossil fuel reduction!

I was taken aback, and my ego started singing: “You did it! It only took three years, but he understands and respects and shares your environmental values! You’ve converted another, Umbra, you sassy, charming goddess!” But of course, Sam’s sudden ecological awareness had nothing to do with me.

“I noticed all the cluttered empty shampoo bottles in my shower and realized how sad, pathetic, and useless it all was,” he told me. (Like I said, a cynic!) “The notion of getting fleeced by some French cosmetics conglomerate in order to kill my favorite seafood seems … less than ideal.”

Nor, in fact, was his awareness exactly sudden. We’d talked over the years about his affinity for stomping around in the wilderness, or for standing for hours and hours in a glacial river waiting for fish. He’d always “been ecological,” to borrow Morton’s terminology — he just didn’t see the point in acting on it, accepting the death of nature as a foregone conclusion. (Too cynical!) Until suddenly, finding recognition in the futile stupidity of single-use plastics triggered a “something has to be done here” reaction. It was less inspiration, more incredulity.

I don’t know all the details or history of your relationship, STUCK, but I doubt you can command or beseech or implore or cajole your husband into caring about the environment for its own sake. You can’t berate someone into feeling something any more than you can talk someone into rearranging the neural connections in their brain.

What you can do is start to sow the seeds of a reaction. You care about environmental issues and the sense of responsibility tied to them, clearly. And in any marriage, you talk about what you care about, right? I think the key is to not discuss your passion for the environment in terms of feelings alone — i.e., “climate change makes me sad” — because if your husband doesn’t share that sadness organically, he might assume that climate change simply doesn’t bother him.

Instead, try this out: Encourage your husband to develop his own environmental feelings by bringing up actual events or developments that happen in real time — this torrential flood, or that uncovered corporate contamination scandal, or this scientific discovery about ocean health. If he expresses interest, be ready with books or publications or films to provide more information so he can absorb and analyze the issue himself. All the better if you can connect those events to things that matter to him.

Because I guarantee there is something in his life that he cares about that will be touched by climate change, environmental degradation, or pollution in some way. There’s too much of it all around us. It’s only a matter of time before something will click, and he will feel the shock of, “I can’t believe this is going on! I can’t believe I haven’t been doing anything to act against it!” And then, when that moment comes, you have to be ready to guide him on what to do about it — and decline to gloat.