Humans vs. animals: Can the climate movement have both mascots? 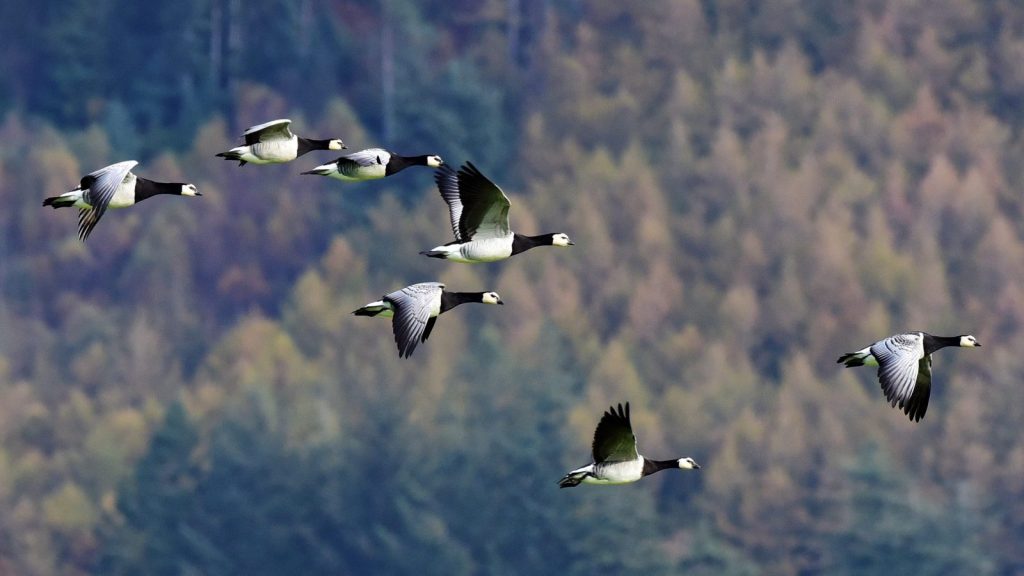 Humans vs. animals: Can the climate movement have both mascots?

Most parents understand the necessity of giving their little ones a push when the going gets tough — but this chubby baby barnacle goose literally needs to take the plunge off a 400-foot cliff. It’s still too young to fly, and its fluffy, gray plumage looks more like a kitten’s fuzz than the black and white feathers of its mother waiting below. These arctic geese lay their eggs on Jameson Land, Greenland’s towering pinnacles, to avoid predators, but now the chick needs to follow mom to find food — or starve.

The barnacle goose saga all plays out to a dramatic score on the season premiere of National Geographic’s new documentary series, Hostile Planet. The episodes, which were released earlier this month, explore the remarkable ways animals have adapted to extreme habitats — and are still adapting as climate changes make their world even more hostile. Arctic geese, for example, are rushing their migration to compensate for earlier spring weather, skipping stops they usually take to rest and refuel. They typically make the 1,800-mile journey over the course of a month, but scientists have found that they’ve sped that up to about a week.

“With the seasons increasingly unpredictable, fewer chicks will survive,” narrates series host Bear Grylls (of Man vs. Nature fame) as the barnacle goose chick seems to contemplate its onscreen fate.

In the early days of the climate movement, focusing on wildlife was the method to make the issue palpable to mainstream audiences. Polar bears became the de facto furry mascot of our warming planet, and many campaigns centered around the disappearance of wildlife as the driving force for action. But times have changed (ahem, IPCC report) and climate change is now seen and talked about through a decidedly human lens.

Last year, researchers at Yale University and the University of Westminster published an analysis of effective imagery in climate change communication. They started surveying people in 2003, asking them what they associated with the phrases “climate change” and “global warming.” Back then, most Americans thought of melting polar ice. That’s not the case anymore. Now people are actually connecting climate change with real-life weather.

When it comes to climate communications, study coauthor Anthony Leiserowitz told Grist, polar bear imagery is pretty much tapped out. “For all of the millions of Americans who have that image come to mind, none of them live on the shores of the Arctic Ocean, in Antarctica, or next to a glacier,” Leiserowitz said when the study came out. “It reinforces the sense that this is far away.”

So in a world where human cause and consequences are front-and-center in environmental conversations, do nature documentaries still matter?

Yes, say advocates like Wendy Foden, chair of the Climate Change Specialist Group at the International Union for Conservation of Nature’s Species Survival Commission. “Everybody’s got an animal or plant that they relate to, whether because it’s cute or ugly or brave or silly,” she said. “That can really give you hope.”

Media production companies seem to agree. Newly released nature documentaries like National Geographic’s Hostile Planet and Netflix’ Our Planet, depict the struggle between global warming and the natural world. Just as humans are increasingly feeling the heat, they argue, so too are our furry and feathered friends. And some conservationists and environmental advocates don’t think there needs to be a dichotomy between nature and people when it comes to talking about climate change.

“The shift we’re seeing is the recognition that human beings are a really important part of the environment, and you can’t separate the two,” said Rachel Rye Butler, a campaigner for Greenpeace USA. “We can’t have a healthy natural world if we’re not thinking about ourselves as an important piece of it.”

Foden also sees the importance of seeing and understanding the ways in which people are both impacted by climate change and having an impact on environments outside our own. “All along, species have played a vital early-warning or sentinel role for us, and this continues,” she said. “We need to see those starving polar bears and bleached coral reefs to understand what it is we’re doing.” And, Foden adds, we can learn from how some species are adapting.

It’s not only nature documentaries’ subjects that have had to change with the times — their production schedules are also harder due to climate change. Hostile Planet Executive Producer Tom Hugh-Jones, who also worked on the groundbreaking series Planet Earth in 2006, said the increasing inconsistency of seasons has made it more challenging to find the right time to go out and film.

“I’m also aware that I’m very much part of the problem,” said Hugh-Jones, whose work requires him to fly frequently to film on location. “You go to an airport and there are millions of people going back and forwards all on an airplane, using their plastic cutlery. You think, oh my God, how is this sustainable? It’s quite depressing.”

Hostile Planet cinematographer and director Guillermo Navarro says that he feels nature documentary work is more important than ever in today’s political environment.

“Just telling truth is a very strong statement now, when before it was just what we do,” said Navarro. “It’s not a question of if [climate change is] happening or not, but what are the measures as mankind that we’re going to be able to take to protect species and to protect ourselves. We are in danger as well.”