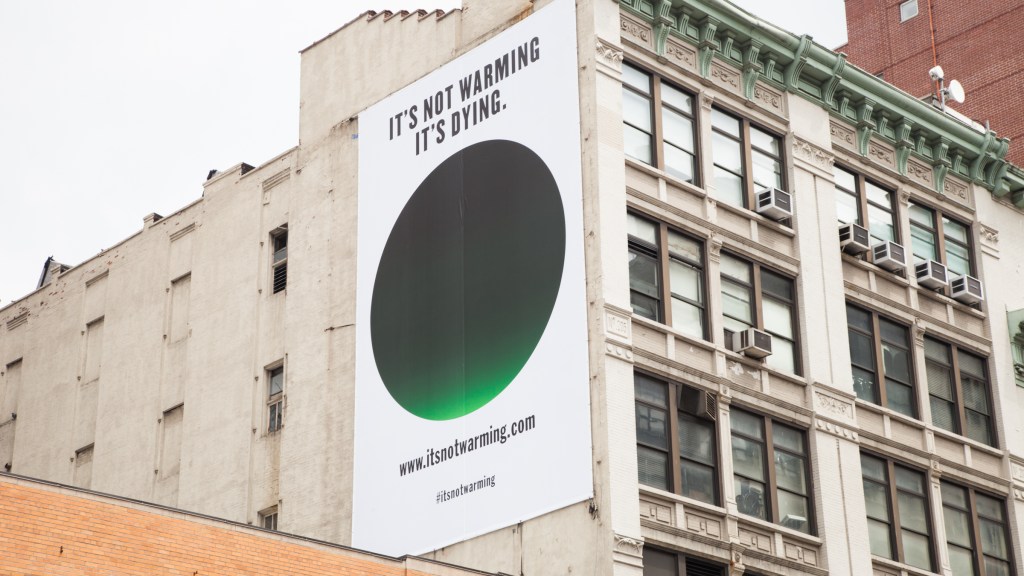 Glaser does believe that climate change is a big deal, which is why he launched the “It’s Not Warming, It’s Dying” project. The centerpiece of the awareness-raising campaign is an eerily slick logo that features a green circle enveloped by black smoke. You can click on the campaign’s website for an animated version and plunk down $5 for five buttons with the logo. Or, if you’re in the Gramercy area of Manhattan, the smokey sphere appears on a billboard near the School of Visual Arts.

Glaser spoke with art mag Dezeen about the initiative:

“If half the people on earth wear the button even the ‘masters of the universe’ will be moved to action,” said Glaser, referring to the large corporations he says have prevented significant action to protect the planet against the changing climate.

Word to Milton Glaser (and He-Man). If he’s right, and world powers help save the planet, here’s precisely how we’ll feel: