If facts don't make you prepare for a hurricane, what does? 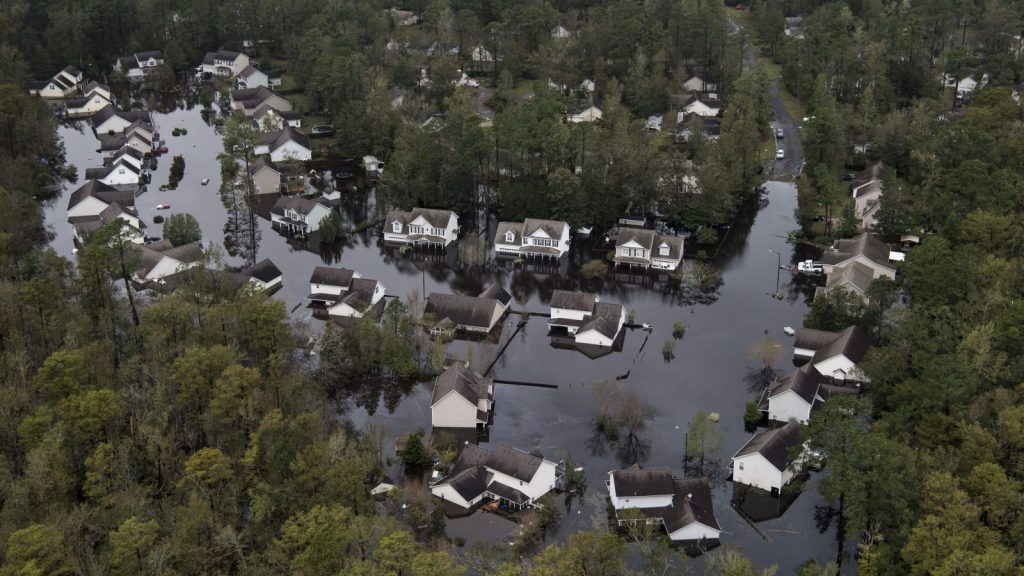 If facts don’t make you prepare for a hurricane, what does?

North Carolina is a magnet for hurricanes. Hurricanes Matthew and Florence both paid a visit in recent years, inundating towns and causing billions in damage. So if anyone in the United States knew firsthand that climate change was here, it would be the residents of New Hanover County, home to Wilmington and one of most vulnerable places in the country to hurricanes and sea-level rise.

A new study published in the journal Climatic Change looked at whether homeowners in this coastal county accepted climate science, and whether that made a difference in how they safeguarded their house against a future storm. The short answer: It didn’t.

The conventional wisdom is that if people knew the threat they faced and believed measures to protect their home would work (and had the money to act) they’d do the logical thing and try to keep their family safe. But the new research, which surveyed more than 600 homeowners in New Hanover County in 2017, found that none of these factors made a difference. “That was the biggest sobering takeaway,” said Tracy Kijewski-Correa, an author of the study and an associate professor of civil and environmental engineering and earth sciences at the University of Notre Dame.

Although the study found a few “bright spots” — some people who connected the dots and tried to protect themselves — the correlation wasn’t strong enough to make a statistically significant difference, Kijewski-Correa said. The new research is in line with previous studies that suggest that giving information alone is not enough to change behavior, according to Susan Clayton, a professor of psychology at the College of Wooster in Ohio who wasn’t involved in the study.

Why didn’t homeowners who knew they were at risk do a better job of preparing? It comes down to the complexities of human behavior. People do things all the time that they know are risky, like smoking cigarettes and driving cars. And when it comes to hurricanes, insurance and assistance from the Federal Emergency Management Agency might have lulled people into complacency, Kijewski-Correa said.

“Even if people think they could be at risk, they assume that they’ll be taken care of if that bad day should ever happen,” Kijewski-Correa said. That’s often not how things turn out. FEMA just last week denied a funding request for residents of several North Carolina counties that suffered property damage from Hurricane Dorian in September. That includes some 400 people on Ocracoke Island who lost their homes.

So how do you convince people living in vulnerable places to spend time and money preparing for a catastrophe that’ll strike who knows when?

Clayton, the psychologist, recommends using social norms to apply pressure. One problem with installing hurricane-proof windows is that nobody can really see the difference, she explained. “A community could give people little signs to put in their lawns: ‘I’ve hurricane-proofed my house,’” Clayton said. “That would let people know that other people were taking action.”

Relying on people to do the smart thing voluntarily can only go so far. For a more far-reaching solution, governments could mandate enhanced building codes or use other policies to motivate homeowners to protect themselves. But the new study found that the North Carolinians surveyed “were very much opposed to the government intervening,” Kijewski-Correa said.

Money might prove the most effective way to get through to people. Kijewski-Correa suggested that the influence of real-estate markets might work better than government regulation. “One way we can change this is to change what we value in home buying and selling,” she said. So, safety measures trump granite countertops.

“Think about how many times [real-estate agents] show off the kitchen and the brand-new bathrooms,” Kijewski-Correa said. “How many times do they the show off the roof that will actually keep your family alive in a hurricane?”

One silver lining: The study suggests that denying the scientific consensus on climate change isn’t that much of an obstacle to keeping people safe.

The “leave climate out of it” approach is already having some success in towns in North Carolina. Some local governments have adopted ordinances pushing new construction to higher ground, mentioning “flood damage” but not rising seas.

Kijewski-Correa said that bringing up climate change in discussions about preventing disasters might backfire with some people who live in flood-prone areas, and recommended talking about how hurricanes are getting stronger and flooding is getting worse.

“They’re at risk,” she said, “and that’s what keeps me up at night, more than the partisan bickering around the issue.”