In the California desert, a battery project looms over Native land 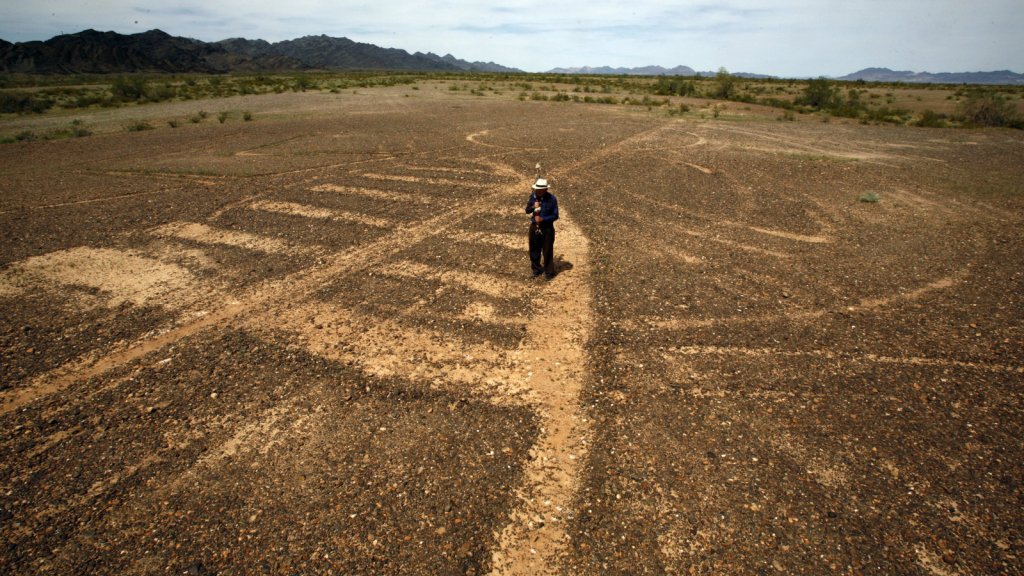 In the California desert, a battery project looms over Native land

A company wants to build the world’s biggest battery in the California desert east of Joshua Tree National Park, near the Arizona border. From Interstate 10, this land at the foot of the Mule Mountains may look empty, but it’s full of history.

Last year, Tesla plugged in a 100-megawatt battery in Australia — the biggest ever. This one could reportedly be more than three-times larger: 350 megawatts. It would sit next to 2,700 acres of solar panels, allowing Recurrent Energy to bank electricity when the flood of electrons from this and other nearby solar farms threatens to overwhelm powerlines.

The battery could also keep solar power flowing at night. As the sun sets and as solar power fades, natural gas generators roar to life, but with enough batteries you could silence them. Build 60 batteries this big and all of California could run on solar in the middle of the night, for a whole hour.

The land where Recurrent wants to build its Crimson solar projects sits near the Colorado River Indian Tribes Reservation, just across the border in Parker, Arizona. The federal government has approved solar farms that would cover some 68 square miles in the surrounding area, says David Harper, chairman of the Mohave Elders Committee, which reports to the Colorado River Indian tribal council.

In recent years, one solar installation after another has popped up in the area, and Harper says that they’re erasing the remains of Native culture. Workers building solar installations have dug up human bones and artifacts, he says. No one would ever get away with covering Arlington National Cemetery with solar panels, “but we don’t get that respect,” Harper says. “They think money will solve it.”

Recurrent has been in touch with the tribes, Harper says, but he wishes they’d started by consulting the community before picking a site. “We’re not saying no to solar,” he says. “We just don’t want our history erased. Don’t remove us. Catalyze us, archive us, involve us in the initial screening of your desert inventory and let us be a part of it.”

Kelley Vendeland, head of communications for Recurrent, says the company isn’t supposed to go directly to the tribes. Instead the federal Bureau of Land Management and the California Department of Fish and Wildlife act as go-betweens. “We’re still very early in this process,” she tells me. “We look forward to hearing tribal concerns and working with the agencies to address those.”

Amanda Barrera, a former Colorado River tribal council member who has been involved in local negotiations over solar farms, used to gather plants for medicine on the land where another solar farm, just to the north of the Crimson project, went up. This land connected her to stories and songs she learned from her grandparents, she tells me, and it hurts her to see that landscape now.

“The land that was put there for us, that we were to take care of, is stripped bare,” Barrera says. “It’s heart-heavying to look that way and see solar panels.”