As Greenland’s glaciers melt and flow into the sea, Pacific island nations are on the receiving end of some of that water. It’s a familiar story about climate change: One nation crumbles into the ocean; others risk drowning under rising sea levels.

It’s also the backdrop for a unique artistic collaboration between two indigenous poets from opposite ends of the earth. Last summer, these women — who had met for the first time days earlier — stood side by side, one dressed in black, the other in white, reciting a poem they’d written together:

Kathy Jetnil-Kijiner traveled from the Marshall Islands in Micronesia to Greenland’s capital city Nuuk where she met Inuk poet Aka Niviâna. Together, they embarked with a small film crew to a remote spot on southern Greenland’s ice sheet where they recited their poem “Rise” on top of a crevasse-scarred melting glacier.

With dramatic orchestration and mournful cries sounding urgently in the film’s background, the poets tell of the lands of their respective ancestors, the sunken volcanoes and hidden icebergs. They speak of angry seas, evoking the legends of sisters turned to stone, and Sassuma Arnaa, Mother of the Sea. 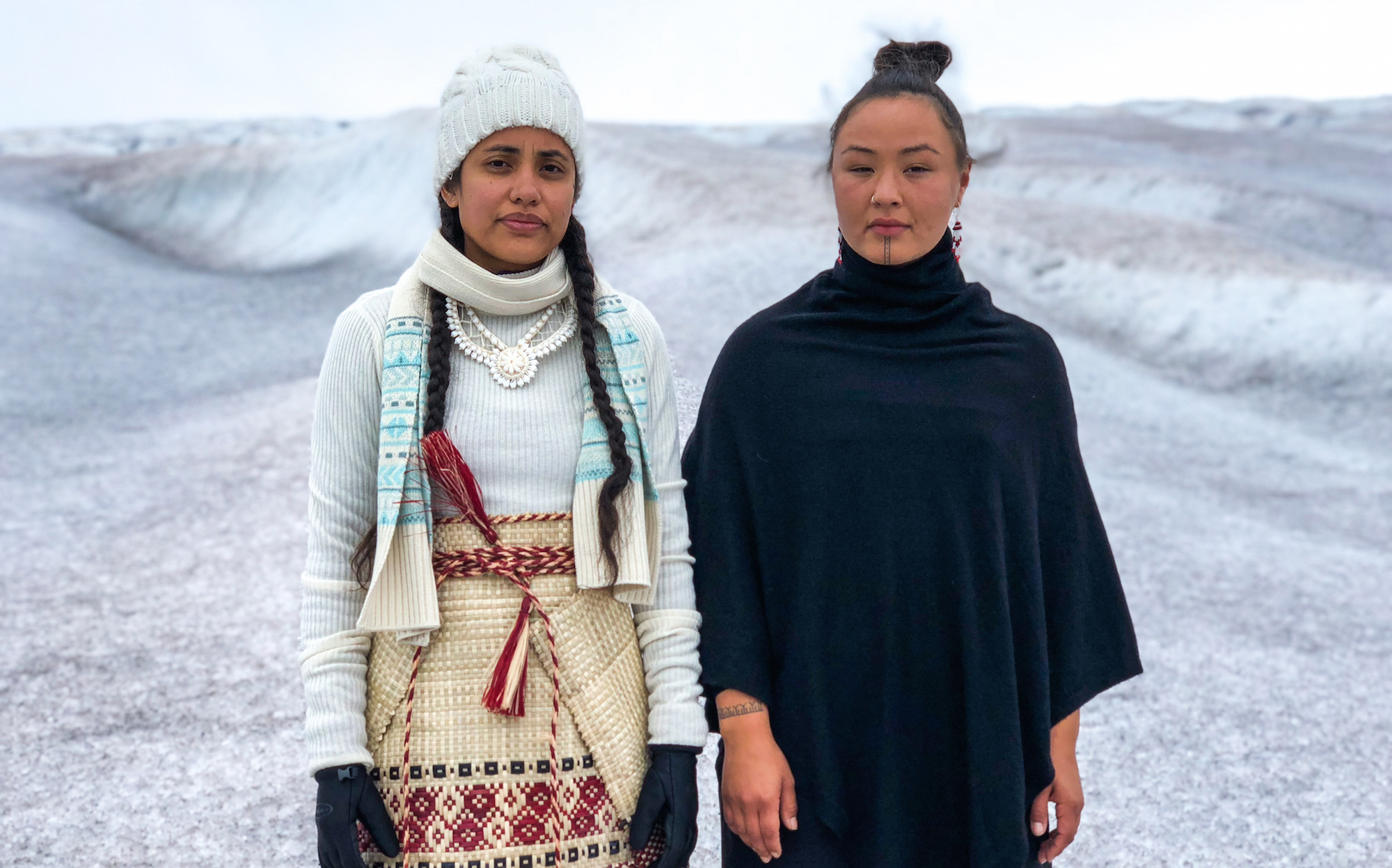 Addressing one another as “sister of ice and snow” and “sister of ocean and sand,” Niviâna and Jetnil-Kijiner ceremoniously exchange gifts of shells and stones in a story that is cinematically beautiful, but whose message is stark:

Filming on top of a melting glacier wasn’t physically easy, Jetnil-Kijiner said. And yet, when she found herself face-to-face with a physical body that threatens to submerge her ancestral homeland, she felt reverence, not anger.

“It just felt like I was meeting an elder,” she recalled. “I was just in awe of the ice, of how large it was, how expansive, how beautiful.”

Niviâna, who is from Greenland’s far north, was also visiting the southern ice sheet for the first time. She was struck by the change in landscape. She described the shock of seeing a boulder fall near their campsite after it was dislodged by melting ice.

“It was a huge rock,” Niviâna said. “It was really overwhelming to see how rapidly the ice was melting.” 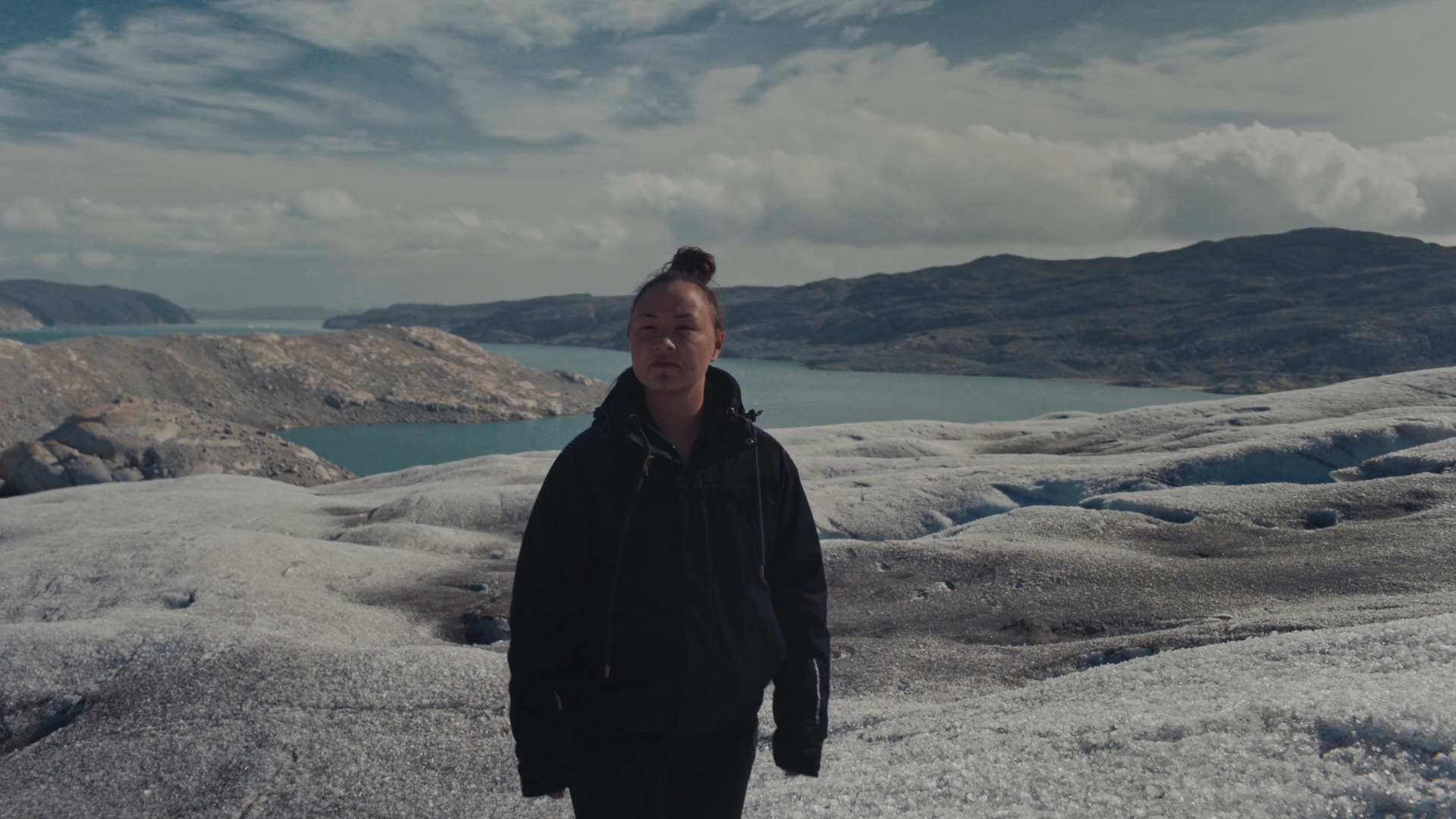 That melting ice is a reality — not something that can be denied. But the film was not made for climate deniers. “I’m not here to convince someone else of my humanity or the reality of our situation,” Jetnil-Kijiner said. “I’m just trying to create a different sort of experience that speaks more truth to my own.”

For Dan Lin, the director of the film Rise, the underlying science behind the story is important. But at its core, he says it’s a project about climate change as viewed through the eyes of two indigenous female poets. Together, they weave a story of beautiful yet fragile landscapes and of resilient peoples in the face of injustice.

Lin hopes the collaboration will build an awareness of the connections between seemingly disparate communities. 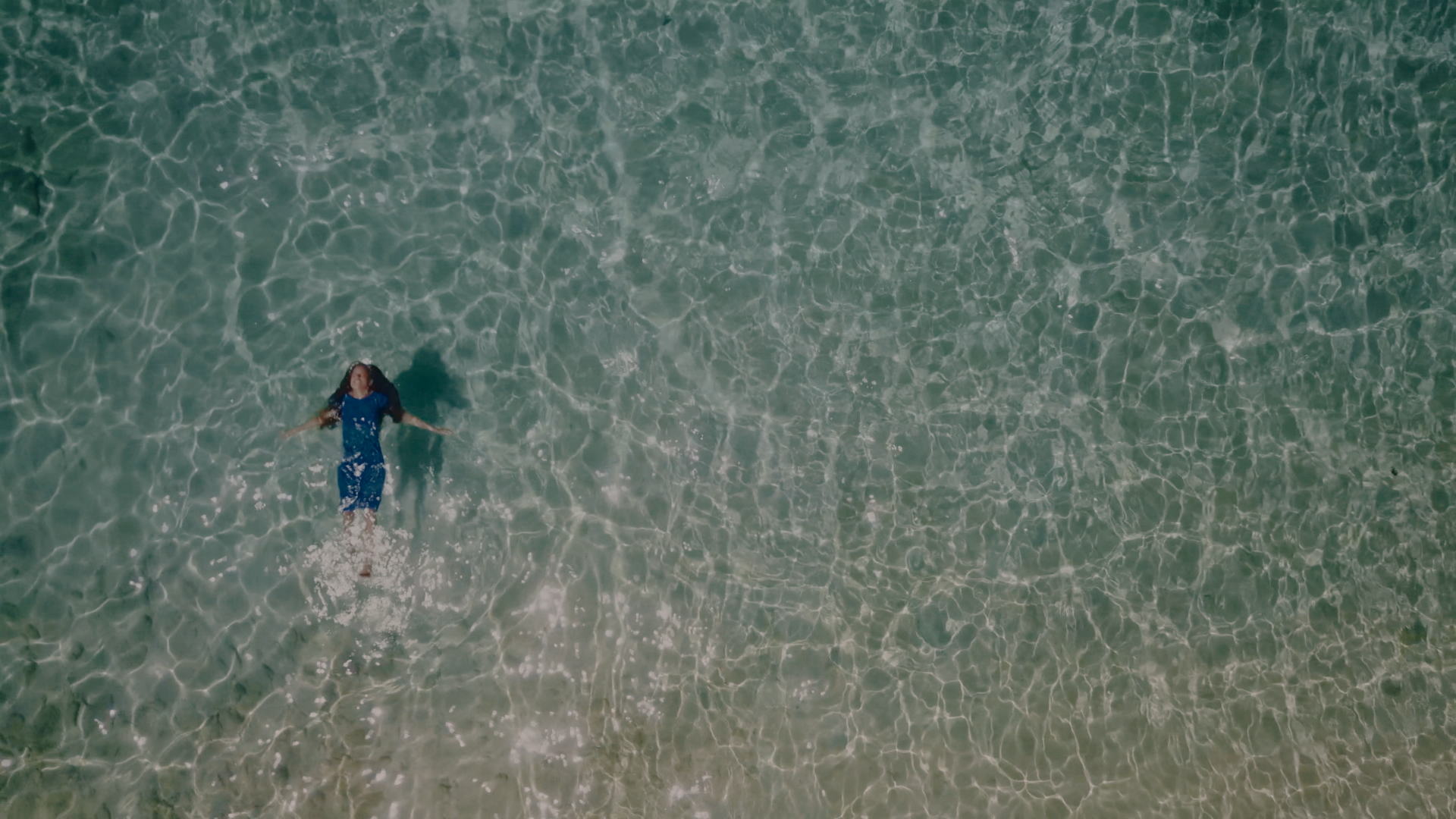 The idea for the video grew out of a conversation Jetnil-Kijiner had with 350.org founder Bill McKibben at a climate change conference. McKibben (who is a Grist board member) suggested she recite a poem on a glacier. Jetnil-Kijiner liked the idea, but was uncomfortable using another country’s landscape and climate crisis as a backdrop for her own story.

McKibben put Jetnil-Kijiner in touch with glaciologist Jason Box who introduced her to Niviâna. Despite the distances that separated them, the poets began an online correspondence which led to their creative partnership.

It wasn’t until the poets finally met in person, by which time the poem was mostly finished, that they really got know each other.

This unlikely sisterhood, conceived of in water and ice, evolved on paper and by email. More poetically, Jetnil-Kijiner reflected, “It felt like we wrote our relationship into being.”

Surprise, you’re governor! How will you fix climate change?