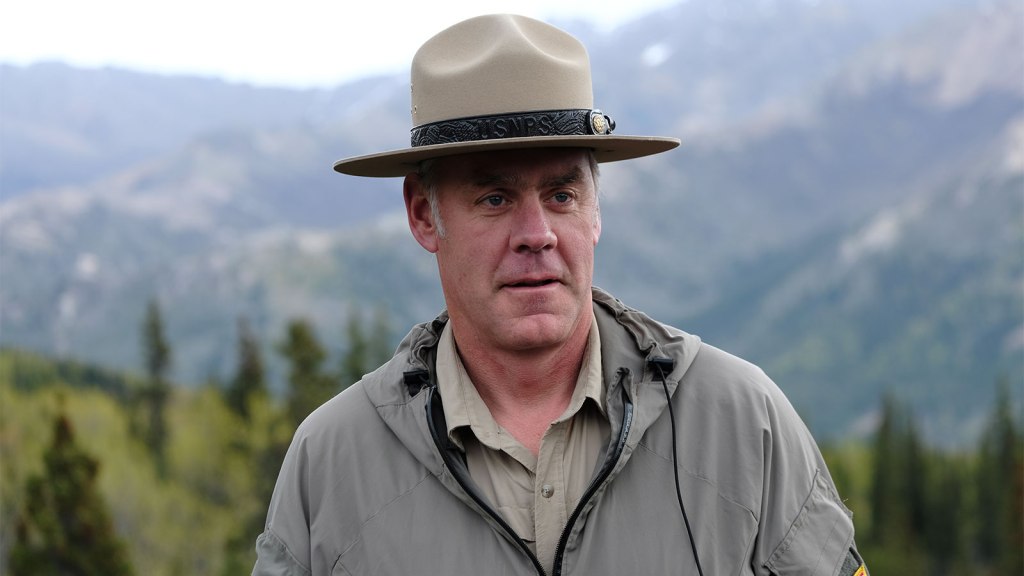 In May, then-Secretary Ryan Zinke sent law enforcement officers from his Department of Interior to help Border Patrol prevent migrants from illegally crossing the border with Mexico. At the time, Zinke was being enveloped in a cloud of ethical scandals, and he claimed that sending officers from the U.S. Park Police and National Park Service would be “the first of many steps Interior will take to secure the homeland.”

The Department of Interior was soon touting the agency’s success in apprehending migrants crossing the border illegally and confiscating thousands of pounds of drugs. “Under the previous administration, Interior’s borderlands were basically an open door for illegal activity,” Zinke said.

Border security hasn’t usually been a priority for the agency under previous presidents. It’s more commonly known as the protector of the country’s natural resources and a key broker in managing water resources in the West. A newly obtained document, however, raises questions about the agency’s narrative on its recent efforts to secure the southern border.

The document, dated September 14, 2018 and obtained through a Freedom of Information Act request, says that in a 90-day period, the agency only intercepted marijuana — a drug that is being decriminalized in states across the country. Zero pounds of methamphetamines, heroin and other hard narcotics were confiscated. One page of the document lists 2,570 arrests over 90 days. (The agency didn’t specify the 90-day period, but it started patrolling the border last May.)

In a written statement to Grist, Congressman Raúl Grijalva from Arizona, who chairs the House Committee on Natural Resources which oversees the Department of Interior, said the Trump administration’s statements about the border can’t be taken seriously. “They make punitive, short-sighted decisions and then lie about the results to hide their incompetence,” he said. “That’s what’s been happening at the border since Trump took office, and that’s what’s happening here.”

Laiken Jordahl, who works on border issues with the environmental group Center for Biological Diversity, said the document “dispel[s] so much of what Trump and Zinke said about our public lands being an open door for dangerous drugs coming into the country. [It] show[s] that the only drug caught in many months of enforcement action on public lands was low-quality Mexican ditch-weed.”

Alex Hinson, a spokesperson for the Department of Interior, said that “due to the nature of the ongoing crisis at our Southern border, as well as maintaining operational security/sensitive information” the agency would not provide additional details about the document released to Grist.

Law enforcement has always been a part of the Department of Interior’s mission. About 40 percent of the land along the U.S-Mexico border is owned by the federal government and overseen by the Interior department. Law enforcement officials in the National Park Service, Bureau of Reclamation, Fish and Wildlife Service and other Interior agencies are also responsible for site security at dams and other critical infrastructure, catching poachers and stopping illegal trafficking across borders.

But the high-profile effort under Zinke to prioritize border security work came even as the Trump administration proposed slashing the agency’s budget for fiscal year 2019 by 15 percent. Congress balked at the proposal and kept the agency’s funding close to 2018 levels. But the cuts would’ve reduced funding for conservation efforts, even as the administration promoted oil and gas drilling on federal lands.

Under Acting Secretary David Bernhardt, the effort to reduce conservation work at the Department of Interior has continued. Last month, the Trump administration proposed a budget for fiscal year 2020 that included a $2 billion — or 14 percent — decrease in funding for Interior. At the same time, the department listed “Securing the Southern border” as one of its “top priorities” in a budget document.

The heavily-redacted planning document raises many questions about the border initiative, he said. For instance, it states “DOI will be sending additional officers to increase their law enforcement presence in these Federal lands during high surge times,” but specifics on the number of officers being deployed and where is redacted. “If they’re adding mission capacity, the question is where are they getting money,” McEnaney added.

In May, the Hill obtained an internal email that showed Zinke planned to send Interior law enforcement to Organ Pipe Cactus National Monument in Arizona and Amistad National Recreation Area in Texas to help Border Patrol. That effort involved sending 22 officers in rotating groups to spend approximately 21 days at the parks.

After the Hill’s reporting, Grijalva sent Zinke a list of questions about the border surge initiative, including the cost of deployment and whether it will affect law enforcement at other national parks. The response from the National Parks Service’s deputy director did not directly address Grijalva’s questions, but noted that the agency is “poised to manage any fiscal, logistical and staffing issues associated with this deployment.”