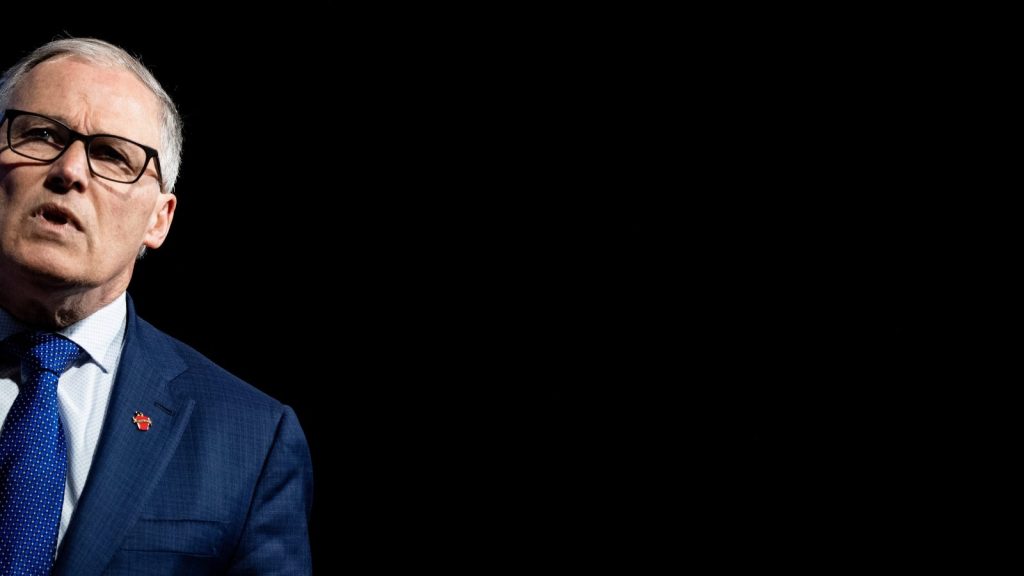 The Democratic National Committee sets the tone for the Democratic party every big election. Issues like healthcare and jobs have always been much higher on the organization’s list of priorities than climate change — a topic that got a total of five minutes and 27 seconds of debate time in 2016. But this presidential election is sure to be different: Scientists say we have little time to avert climate catastrophe, extreme weather chewed through swaths of the country last year, and a majority of voters are worried about climate change. The 2020 Democratic primary even has its very first climate candidate.

Washington Governor Jay Inslee is betting that he can stand out in a crowded 2020 primary by making climate change the centerpiece of his campaign. His very presence in the field, and the relative expertise with which he talks about thorny topics like nuclear energy and geoengineering, will put pressure on his rivals to clarify their own climate platforms. That is, if Inslee manages to get more than a few words in edgewise.

On Earth Day, Inslee penned an open letter to his fellow 2020 Democrats asking them to join him in asking the DNC to hold a climate debate. “This is an urgent problem, and we can’t resolve it with soundbites and one-off questions,” he wrote. The DNC, however, doesn’t seem particularly enthused about the idea. “[W]e will absolutely have these discussions during the 2020 primary process,” a spokesperson said, which is a polite way of saying, “Settle down, pipsqueak.”

But Inslee might be able to generate some momentum by double-dog daring his opponents to match his climate fervor. Already, two of them have endorsed his idea. “A DNC debate focused on climate change would show the world that America intends to lead again on this issue,” New York Senator Kirsten Gillibrand told the Daily Beast in a statement last week, when Inslee first called on the DNC to host a climate debate. “I’m in!” Obama’s former Secretary of Housing and Urban Development Julián Castro tweeted on Monday, even though his climate record is light and a little spotty.

Recent polls show Castro and Gillibrand both polling at around 1 percent — why not make a splash on climate? Other candidates, like Massachusetts Senator Elizabeth Warren and Vermont Senator Bernie Sanders, may not feel the need to respond to Inslee’s bait: They have both been long-time climate advocates. Warren just proposed a public lands climate bill.

At one point or another, all of these Democrats are going to have to tell us what they really mean when they say they support climate action or something like the Green New Deal. “Each 2020 candidate needs to have a concrete plan to take on this challenge  —  and we deserve to hear those plans,” Inslee wrote.