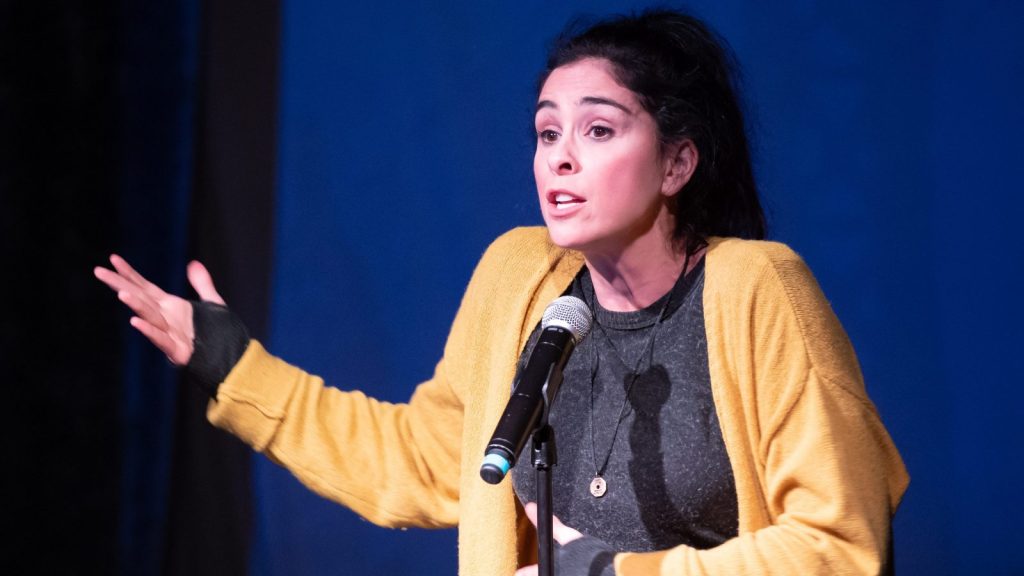 Finding humor in climate change isn’t easy (trust us!). That’s especially true this week, when U.N. scientists handed the world a big, scary report saying we’re on the road to catastrophe and Hurricane Michael carved a path of devastation through the Florida Panhandle. But Sarah Silverman is up for the challenge. The comedian delivered a nine-minute plea for climate action on Thursday in the latest episode of her Hulu show I Love You, America.

“I know climate change is not the most exciting issue, and the media knows it too, which is part of why it’s covered so infrequently,” Silverman said. She pointed to MSNBC anchor Chris Hayes’ controversial tweet in which he said climate change is a “palpable ratings killer” for news shows and so “the incentives are not great.”

“I feel compelled to use my platform to speak out,” Silverman said. “Granted, my platform is on the third largest streaming network of three, so it’s not so much shouting from the rooftops as like complaining from an open mic at Panera Bread.”

Silverman covered a ton of ground in the segment, from scientists’ terrifying climate predictions to the “it’s a hoax” views of President Trump, who she calls a “Fox News grandpa.” Here’s a clip of her explaining how “absurdly rich and powerful people” are ruining the planet for the rest of us (the full thing is on Hulu):

“The only option is that we react to this massive state of emergency with massive action,” Silverman said. She brought up climate change on her show last month, too, explaining the Trump administration’s rollback of methane regulations.

Silverman isn’t the only comedian taking on climate change: Jimmy Kimmel and Trevor Noah also came up with jokes about the scary U.N. report … somehow.

So are comedians good messengers for climate change? Perhaps! A study from earlier this year found that humor, rather than fear or straightforward facts, got young people the most excited about taking action on climate change.