Before they could enter the sleek and sterile conference space where California Governor Jerry Brown’s Global Climate Action Summit is taking place this week, attendees were greeted Thursday morning by a scene of nonviolent chaos: Hundreds of protesters blocked entrances as they confronted police who guarded the star-studded event. Protesters sang and chanted, “Tell Jerry Brown, keep it in the ground,” and held replica oil pumps and rigs and “water for life” signs.

On a day that was otherwise dominated by business leaders and politicians congratulating themselves for their leadership in addressing the crisis of a rapidly warming planet, environmental and indigenous activists marched to the Moscone Center. One of the central messages to the rest of the world: Jerry Brown’s climate legacy isn’t worth all the hype. 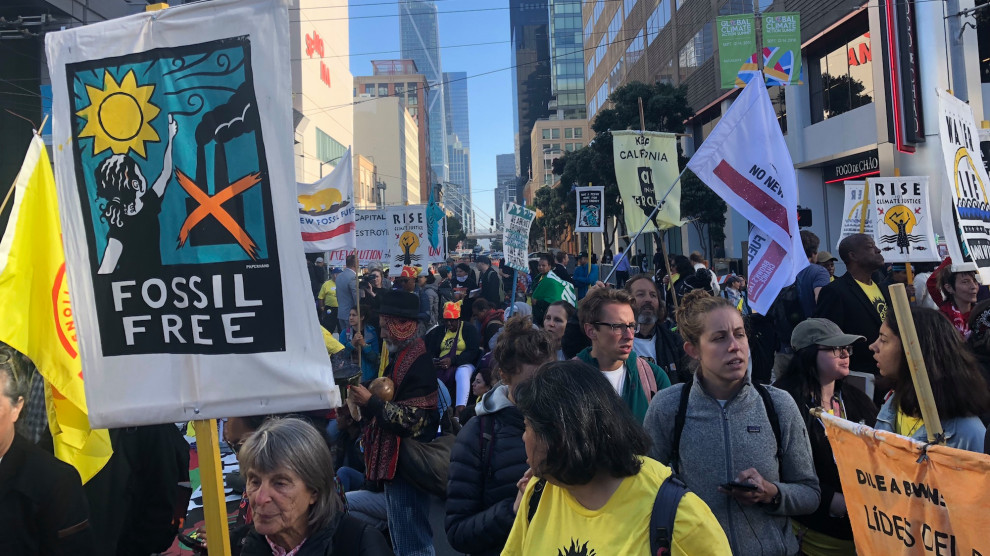 But why not? After all, Brown started his week by signing both SB 100, which promises carbon-free electricity by 2045, into a law and an even more ambitious executive order, pledging California to go entirely carbon-neutral by 2045. These were just a few of the many announcements California has rolled out this week to showcase its global leadership in the absence of federal action. But Kassie Siegel, director of the Center for Biological Diversity’s Climate Change Law Institute, is unimpressed, noting that Brown has fallen short of doing all he can to curb emissions.

“It’s pushing the problem far into the future,” she says, “when we need to take action today.”

A report by the advocacy group Oil Change International released in May shows that California’s Division of Oil, Gas, and Geothermal Resources has approved more than 20,000 permits for new oil and gas wells since Brown began his final two terms as governor in 2011. Those numbers are incompatible with climate leaders’ stated goals to keep global warming to well below 2 degrees C, the report claims. Oil Change notes that 5.4 million Californians live within a mile of oil and gas development, often in communities of color with high poverty rates. 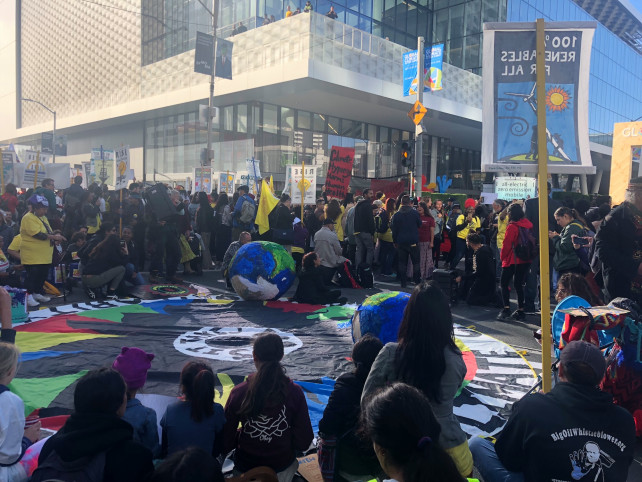 Brown was not alone as a target of protests. Conference co-chair and former New York City Mayor Michael Bloomberg was interrupted by anti-capitalist protesters holding signs when he took the stage to address the summit. Earlier Thursday, he compared the morning protesters — many of them Native Americans with the It Takes Roots coalition — to people advocating for a U.S.-Mexico border wall.

“We’ve got environmentalists protesting an environmental conference,” he said. “It reminds me of people who want to build a wall along the Mexican border to keep people out from a country we go to for vacations. Something’s crazy here.”

Outside the summit, the message appears to have an audience: An estimated 30,000 people marched in San Francisco this weekend calling for more world leaders to stop patting themselves on the back and make the commitments that are actually needed to contain warming — and those leaders include Jerry Brown and Michael Bloomberg.