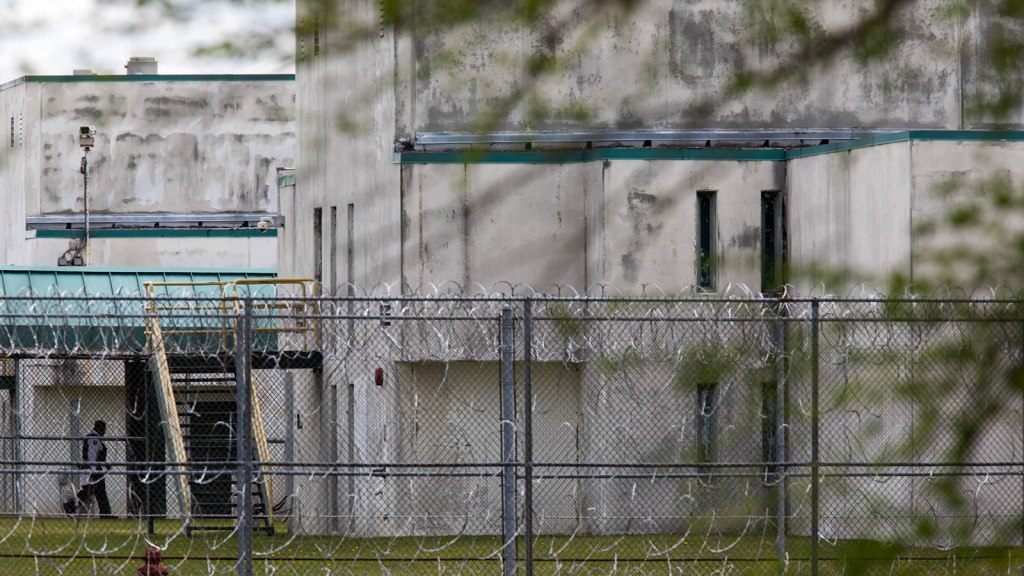 Mei Lo attended the Global Climate Action Summit to call attention to the inmates who couldn’t be here. She passed out flyers and asked activists to make phone calls to put pressure on prisons in the path of Hurricane Florence that have refused to evacuate.

“Prisons, jails, detentions centers, and juvenile centers are all on the frontlines of climate change,” the Bloc the Juvi organizer said. “In all the ways we experience climate change out here, [inmates] experience those impacts to a more magnified degree.” Her group is working to stop the construction of a juvenile detention center in Seattle.

During Hurricane Harvey, prisoners who were not evacuated from Beaumont federal prison rode out the storm in cells flooded with sewage water without adequate food, water, or medicine. Grist called MacDougall Correctional Institution Friday afternoon and confirmed that the medium-security prison with a capacity to hold more than 650 men has not evacuated. Despite the South Carolina prison being in evacuated Dorchester County, MacDougall does not have any plans to evacuate.

Being in the path of a record-breaking hurricane is just one of the dangers inmates face in a warming world. Texas just settled a lawsuit and agreed to install air conditioners in its prisons. During a 2011 heat wave, 10 inmates died from heat stroke. More cases of inmates with heat-related illnesses were reported there this summer.

And inmates are often at the forefront of battling climate change’s worst effects. Thousands of inmate firefighters faced blazes in California for as little as $2 a day plus $1 for every hour they were actively fighting a fire.

A National Prison Strike overlapped with the Peoples’ Climate March and ended just days before the start of the summit in San Francisco. The strike encompassed 10 demands, which included improving conditions inside prisons and calling for prison laborers (such as those who fight fires) to be paid the prevailing wage in their state. Although the national strike was scheduled to end last weekend, inmates have continued to strike in some prisons.

“There are a limited number of things that prisoners have an option to do in regards to addressing the conditions of their confinement,” said Panagioti Tsolkas, an organizer with the Campaign to Fight Toxic Prisons, adding that prisoners are barred from voting in all but two states. “They’re so limited to options that some basic level of disruption in order to attract attention is one of the few things that remain.”

Speaking at the Global Climate Action Summit in San Francisco, the man widely regarded as the “father of environmental justice” reminded his audience of one of the underpinnings of the movement he spurred. Those who are most impacted by climate change “must be in the room and they must be at the table to speak for themselves” said Robert Bullard, distinguished professor of Urban Planning and Environmental Policy.

Yet after three decades of uplifting the voices of low-income, indigenous, and communities of color, there’s still so much work to be done, said Bullard. As he spoke, one of the groups facing the greatest danger from climate change — incarcerated people — are far from having a voice at the summit. Instead, they’re sitting ducks literally locked into place in the path of a super storm intensified by climate change.