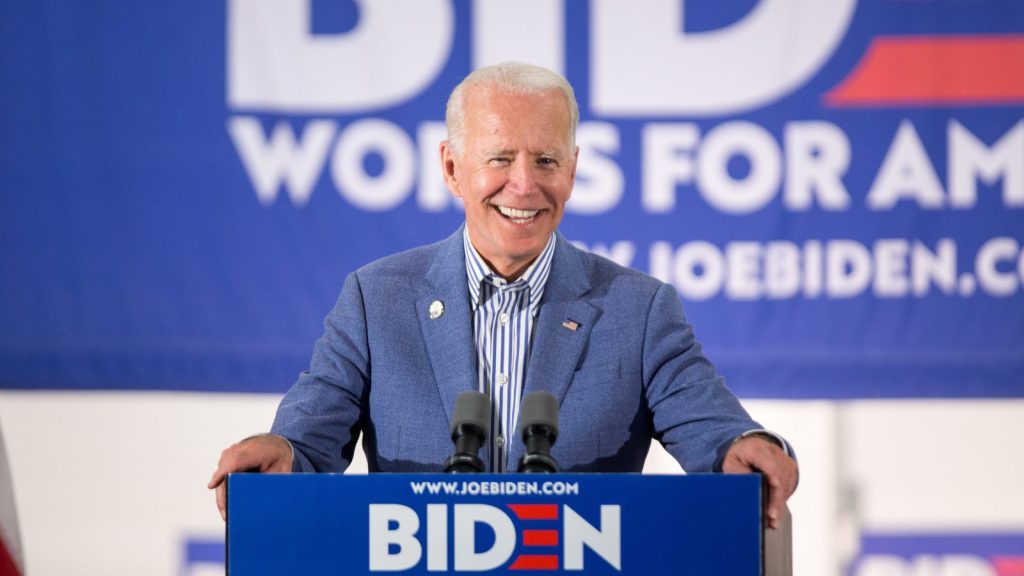 After rumors swirled earlier this month that Joe Biden was going to take a “middle of the road” approach to climate change, the pressure was on the former vice president to come out with something strong. On Tuesday, Biden unveiled a plan that appears to come near the level of ambition other Democratic candidates have aimed for — calling for net-zero emissions by 2050, a ban on oil and gas operations on public lands. And yes, he promised to take the No Fossil Fuel Money Pledge. If his plan is still considered middle of the road, then the United States is headed in a climate-friendly direction indeed.

Biden is the 17th out of the 22 contenders for the Democratic nomination to take the No Fossil Fuel Money Pledge — a vow not to knowingly accept campaign donations above $200 from the fossil fuel industry. So what’s with this hot new pledge everyone is taking?

The pledge doesn’t necessarily represent a huge financial sacrifice for Democratic candidates who have already promised to reject corporate PAC money, or those already unlikely to garner substantial donations from fossil fuel executives. Senator Elizabeth Warren of super-blue Massachusetts, for example, had already shown an aversion to corporate cash by the time she became the first 2020 candidate to sign the pledge. But Biden, whom many perceived to be the Democratic frontrunner long before he actually entered the race, was much more likely to receive attention from Big Oil. Case in point: The Democratic nominee in 2008, Barack Obama, received more than $1 million from oil and gas.

So the fact that Biden agreed to take the pledge is pretty significant, especially if he ends up facing off against President Trump next November. David Turnbull, strategic communications director for Oil Change USA, the group behind the No Fossil Fuel Money Pledge, said Biden’s decision could signal a new fossil fuel-free funding standard for Democratic presidential candidates going forward

“Biden, as the current frontrunner in the polls, clearly would attract some big money donors. So him taking the pledge is a recognition that the power of the climate movement and the wishes of the Democratic electorate may be growing stronger than the lure of fossil fuel cash,” he told Grist.

But Turnbull noted that Biden’s announcement that he would take the pledge isn’t a guarantee that the candidate will follow through on his promise. Beto O’Rourke, who took the pledge during his failed Senate bid last year, was later removed from the pledge’s list of signers when an investigation uncovered that he had, in fact, been taking donations from fossil fuel executives. When O’Rourke announced his presidential run, the Texan initially seemed hesitant to take the pledge again, but ultimately his decision lined up with climate activists’ demands and re-signed this May.

The O’Rourke episode raises an important point: Pledges can be broken. No law compels candidates to keep their vows, and it’s often up to third parties to keep track of what donations campaigns accept. Turnbull told Grist in an interview earlier this year that Oil Change USA will be watching the 2020 candidates closely to determine whether they’ve really kicked their fossil fuel habits.