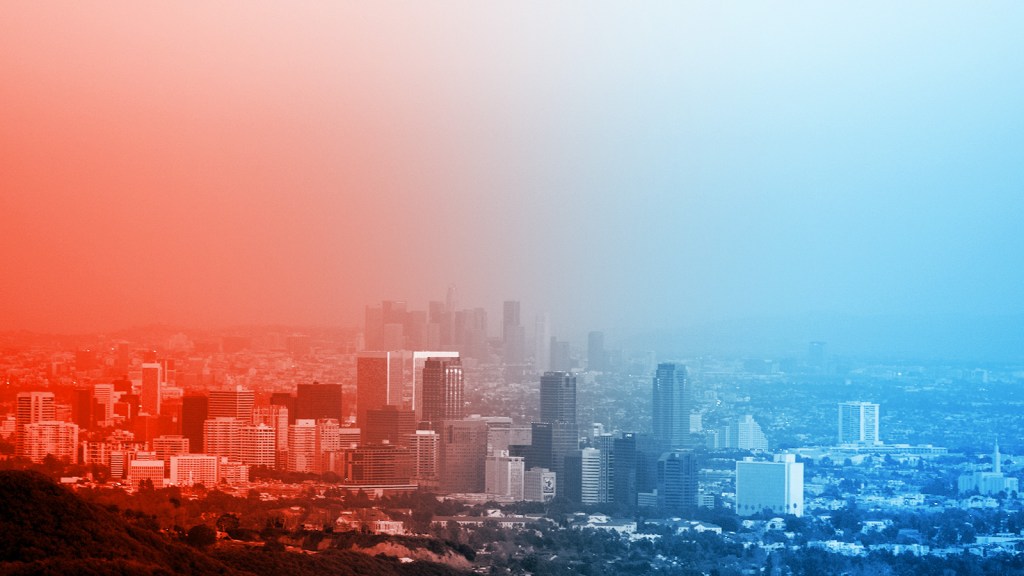 Talking about environmental justice this election season means talking about the difference between life and death.

If you’re black or brown in the United States, you’re more likely to live in neighborhoods close to landfills, freeways, oil refineries, and power plants, where the air is cloudy with particulate matter and the soil carries carcinogens like arsenic. That’s one reason why communities of color across the country suffer from disproportionately high asthma, cancer, and mortality rates.

In many cases, it’s a sickening legacy created over the course of a century by oil and chemical companies and their friends in government. It’s as old as the industrial revolution, and it’s still a problem.

Environmental-justice concerns usually pass unnoticed. But a textbook case caught the country’s attention last year when residents of Flint, Michigan (where 60 percent of residents are black and 40 percent live in poverty), were found to be drinking water with dangerous levels of lead, a result of local officials’ neglect and incompetence. President Obama declared a federal state of emergency.

Candidates for office this year shouldn’t forget Flint, but they should also offer proposals that go beyond cleaning up lead in the water. We need new policies to protect the health and lives of those who are too often left out of the discussion. Here are a few to start:

Get real about zero-emissions vehicles

Most of the clothes you’re wearing right now were likely manufactured in Asia. To get to your closet, they probably passed through the Ports of Los Angeles and Long Beach in California. There, workers haul giant containers off ships and stack them on diesel-powered trucks that traverse Interstate 710, which stretches through largely black and Latino communities.

People living along this 710 corridor in Long Beach, Compton, and Commerce, have to inhale the diesel exhaust, particulate matter, and nitrogen dioxide that the trucks leave behind. Those neighborhoods pay with their health so that you can buy the smartphone you’re using to read this article.

Way back in 1990, California kicked off its zero-emissions vehicle mandate — in part, to help communities living under this haze of freeway pollution. The rule requires a growing percentage of cars purchased in the state to be emissions free. The mandate applies to passenger vehicles, but the state program has awarded money to short-distance zero-emission cargo trucks, too.

Adrian Martinez, an attorney with Earthjustice, says that people have had no choice but to live with the dangers of our dependence on fossil fuels — contaminated soil, gas leaks, and oil spills. Now that Californians have been questioning that dependence, Martinez says Big Oil has been trying to steer the clean-energy conversation. “You see them trying to get a foothold, claiming natural gas is a good alternative,” says Martinez. Cars running on electricity or fuel cells, of course, are much cleaner.

The rest of the country needs to follow California’s lead. But candidates interested in claiming zero-emissions vehicles as a campaign issue need to recognize the challenges. States rely on federal and state gas taxes at the pump to fund highways and transit projects. So how do we ensure a continuation of infrastructure projects once gas pumps are a thing of the past? Switching to renewables will create a bounty of new jobs for workers. Getting blue-collar workers and organized labor on board should be a priority at the outset of our new energy policy. Speaking of which …

When SolarCity got a contract to install solar panels at Oregon State University in 2012, the company received huge tax credits for the project, along with a requirement to create jobs. And it did — except those jobs were for prisoners paid 93 cents per hour to produce solar panels. That’s what happens when the drive for clean energy forgets workers in the rush to reward investors.

Unlike the big fossil fuel companies they work for, blue-collar workers don’t have the ear of their senator. They’re largely an afterthought in discussions about clean energy. “We’re not talking about how to transition these workers into a new economy,” says Andrew Curley, research czar at the Diné Policy Institute, a think tank in the Navajo Nation. Curley says he’d like to see a federal program to help train people for alternative energy projects. Think coal miners preparing for jobs building solar panels.

The plight of workers must be a central and clear policy concern for candidates who tout the benefits of alternative energy. Instead of alienating people who fear losing their ability to feed their family, let’s bring them on board and get them involved in a clean-energy push.

Think bigger than a carbon tax

You’re likely to hear a green-minded Democrat trot out the idea that we should tax carbon emissions. A carbon tax would be collected from refineries, power plants, and other big polluters, then funneled into low-income communities, as well as into research and development for alternative energy. Wonks (even conservative ones) love it because it would create a market incentive to curb emissions and help the communities hardest hit by pollution. Sounds good, right? But from a justice perspective, there’s a major flaw.

Although it’s true that a carbon tax would result in an overall reduction of emissions, it’s unlikely that neighborhoods known as toxic hot spots (those close to refineries and manufacturing plants) would share the benefit. We know that race too often predicts who lives with air pollution, so a carbon tax whose proceeds are allocated solely on the basis of income would give money away to people who might not even be harmed by air pollution.

So let’s think bigger. Let’s talk about taxing particulate matter, sulfur dioxide, and nitrogen dioxide emitted from industrial facilities that are more likely to hurt nearby residents of color. Yet taxes alone aren’t going to help people breathe easier. That’s why we need to move beyond market-based tinkering and focus on adopting and sticking to regulations that reduce and eliminate deadly emissions for communities that have been choking on air pollution for far too long.