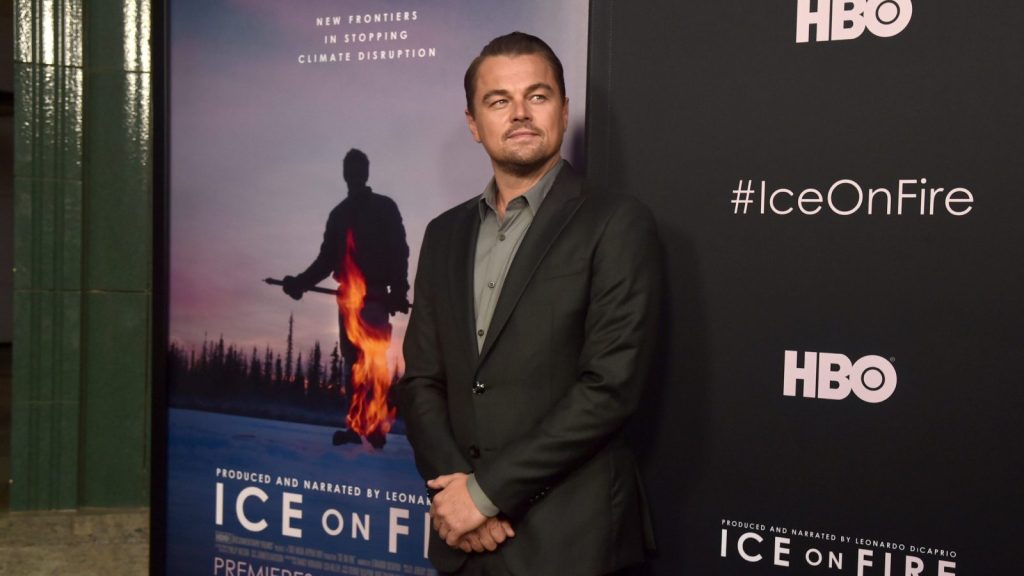 Ice on Fire, DiCaprio’s second climate change documentary in three years, came out on HBO this week. It’s got all the requisite components of the genre — an emaciated polar bear, concerned scientists in puffy coats, smoke billowing out of a coal plant, and urgent calls to action. But it’s also a climate change documentary that won’t make you too bummed out (unlike, say, Our Planet). This is an effect that Leo, the narrator and producer, achieves by glossing over the challenges of implementing the “solutions” that take up a generous portion of the film’s 98-minute run time.

The documentary features engineers working on solar panels and carbon sequestration, a kelp farmer who calls himself a “steward of the ocean,” and other people working on ways to address the climate crisis. (There’s also only one person of color in the whole thing with a speaking role, resulting in criticism from various groups). They all paint a rosy picture of a fossil fuel–free world that has, at some point in the future, been returned to pre-industrial carbon levels through their renewable energy and carbon sequestration technologies. But the documentary doesn’t ask the tough questions about the proposed solutions, so I’m going to have to rain on the parade a little bit here.

We know that to keep warming below 2 degrees C — something we really want to do to avoid the worst consequences of climate change — first we need to stop emitting greenhouse gases. Solar, wind, and tidal power are mentioned in the film as clean alternatives to coal and fossil fuels (natural gas, biofuels and the controversial nuclear-power debate are not discussed). However, the land required for an entirely solar- and wind-powered grid is significant, possibly too great to be feasible for smaller countries.

There are other concerns associated with wind and solar, too: availability, intermittency, loss of wildlife habitat, and getting enough of the materials of which they’re made, like copper, lithium, and neodymium. DiCaprio doesn’t address any of these concerns. He doesn’t touch on the logistical and scientific limitations of the various carbon sequestration technologies like reforestation, ocean fertilization, and biochar (which promise to pull carbon dioxide out of the air, slowing or reversing the greenhouse effect), either. Anyone noticing a theme here?

On top of that, scaling up renewable energy infrastrastructure isn’t just a logistical or economic challenge: It’s also a political one. A Harvard professor who made a bionic lab-grown “leaf” that can conduct photosynthesis (!!!) pointed out in the film that the entrenchment of fossil fuel infrastructure makes it hard to transition to a cleaner grid. What he — and everyone else — doesn’t mention is that the fossil fuel industry goes to great lengths to keep it that way, spending millions on lobbying and PR campaigns to maintain their dominance.

Just to be clear, I’m not saying it’s impossible to halt or reverse climate change, and I’m definitely not saying we shouldn’t implement any of the technologies included in Ice on Fire. DiCaprio fits lot of information into a short period of time, and he’s forgiven for not covering everything. In fact, it’s refreshing to see a film that highlights what we can do about climate change instead of inspiring existential dread or getting into the weeds with climate deniers. But it’s important to be honest with ourselves about what, exactly, it will take to get to a future free from the worst effects of climate change. Because in the end, there’s really no arguing with DiCaprio’s conclusion: “Decisive action must be taken now.”