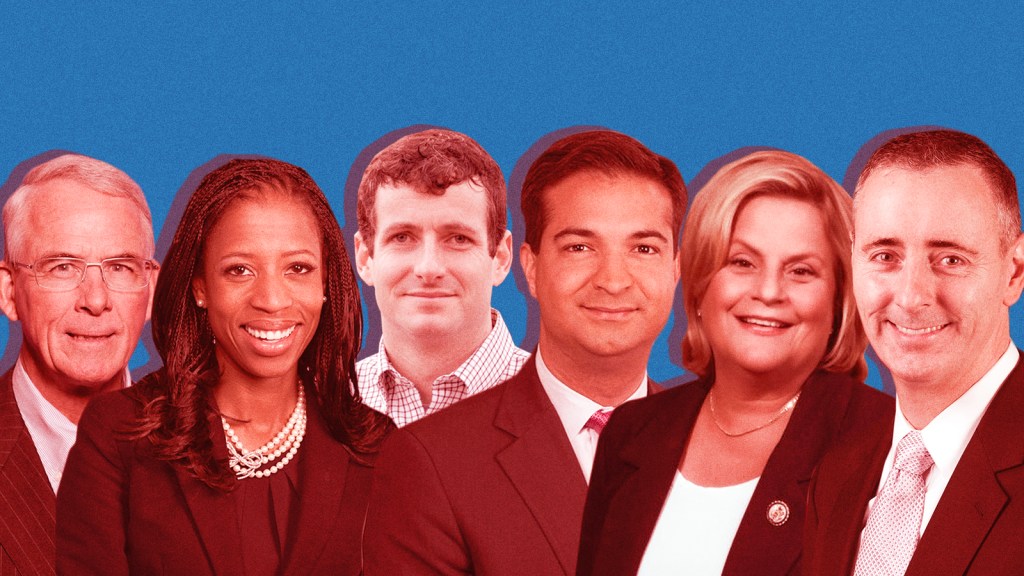 Meet 6 House Republicans who could get behind a carbon tax

The House of Representatives voted to reject the mere idea of a carbon tax on Thursday morning. But don’t worry — it was a non-binding resolution, meaning that it’s purely symbolic.

So why have the vote in the first place? The Koch brothers-backed resolution, sponsored by House Majority Whip Steve Scalise, a Republican from Louisiana, has popped up before to discourage the legislature from taking economic action on climate change. While every single House Republican supported a similar measure when it came up in 2016, this time, six Republicans broke from party ranks.

According to a statement by Mark Reynolds, executive director of the Citizens’ Climate Lobby, the defections are “an indication that there are cracks in the wall separating Democrats and Republicans on climate change.”

Scalise’s resolution stated that taxing carbon dioxide emissions would be “detrimental” to the economy. While most House Republicans buy that reasoning, it goes against the economic consensus: Two comprehensive reports out this week showed that a well-constructed carbon tax wouldn’t hurt the economy. And perhaps more importantly, it won’t slow growth nearly as much as the alternative — the failure to act quickly on climate change.

The vote came as House Republican Carlos Curbelo from Florida — who opposed the anti-tax measure — plans to bring forth a carbon tax proposal of his own. It would be the first carbon-pricing plan from a congressional Republican in nearly a decade.

Curbelo, a Grist 50 member, is the cofounder of a group called the Climate Solutions Caucus, which has been criticized as a safe space for House Republicans to “greenwash” their climate record without taking any real action. Thursday’s vote provided further evidence for that idea. The caucus has 43 Republican members, but only four of them voted against the anti-tax resolution.

So who are the other five Republicans who joined Curbelo in rejecting it? Some of them are solid climate champions. As for the others … well, maybe they’ve had a change of heart and will soon further denounce their anti-environment ways?

Brian Fitzpatrick, Pennsylvania: This guy voted in favor of the environment 71 percent of the time in 2017 — his first year in office — according to the League of Conservation Voters. That’s the best score of any congressional Republican. He also acknowledges humans’ role in causing climate change — and he kinda speaks our language:

“Washington needs independent voices now more than ever – especially when it comes to the environment and public health,” Fitzpatrick said last year upon receiving the Citizens’ Climate Lobby’s Climate Leadership Award. “It is vital that we never politicize protecting our environment or let partisanship prevent Washington from accomplishing common goals.”

Trey Hollingsworth, Indiana: This Hoosier representative went pro-environment just 6 percent of the time last year, voting to slash the EPA’s budget and prevent the implementation of methane pollution safeguards. One glimmer of hope? He voted to keep language directing the Department of Defense to prepare for climate change and warming’s threats to national security.

Mia Love, Utah: Love is a rare kind of conservative. She’s the first black female Republican elected to Congress, and she publicly states that climate change is a problem.

“I think it would be inappropriate for any of us to say we don’t want to do anything about this,” she told Utah’s KSL-TV, adding that she doesn’t think climate solutions have to come “at the detriment of our economy.”

Despite all that, she earned a score of just 3 percent from LCV for her anti-environment voting record last year.

Francis Rooney, Florida: Though this Sunshine State representative’s official site says that “no issue is more important to our District than clean water and a healthy environment,” his voting record indicates that he has other ideas. He had exactly zero pro-environment votes last year. Yep, zero.

Oh, and he also supported pulling out of the Paris Agreement. Come on, Rooney. Way to watch out for your constituents in soon-to-be underwater South Florida!

To end on a positive note: At least he’s working to ban offshore drilling in the eastern Gulf of Mexico.

Ileana Ros-Lehtinen, Florida: A 66-year-old Cuban American and the first Latina in Congress, Ros-Lehtinen wasn’t always so sure about the established science of climate change. The representative of South Florida credits Carlos Curbelo with showing her the light. Ros-Lehtinen, now a member of the Climate Solutions Caucus, earned a score of 33 percent from LCV for her environmental voting record last year.

“Sea-level rise due to climate change is a scientific reality,” she told Cosmo last year. “People who argue that it isn’t changing, that the sea levels are the same, are just delusional.”

Too bad she’s retiring this year. We’ll miss ya, Ros-Lehtinen!