A new GOP carbon tax proposal is a long shot, but it's a shot worth taking 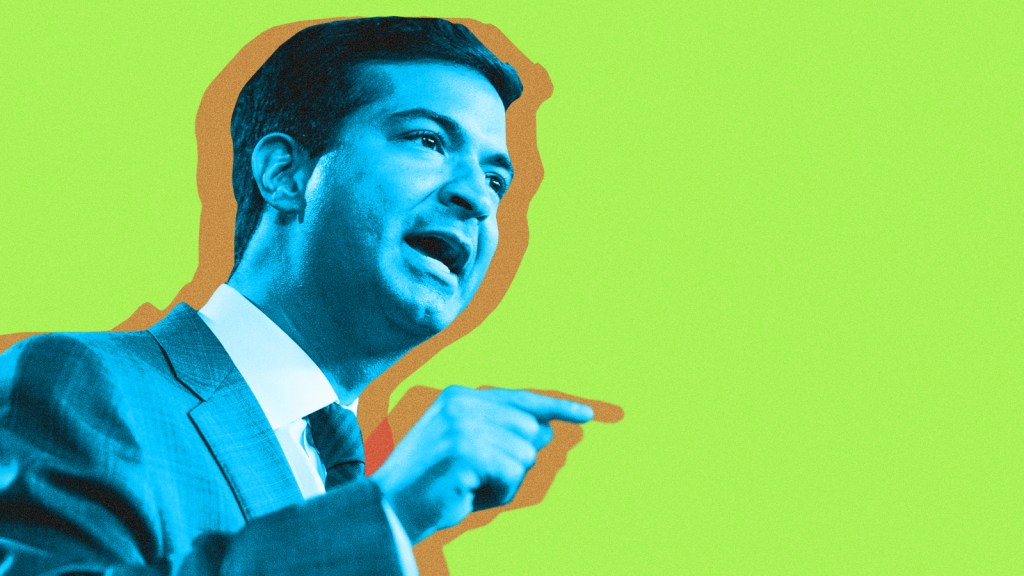 There’s a very small chance that President Trump, later this year, could sign into law the country’s first-ever federal climate change legislation — and it might actually be a good thing.

I know, I know. I hear you. Yes, this is the same Trump who bailed on the Paris climate agreement last year. But there’s now a possibility that he could have the opportunity to meet its goals anyway.

According to E&E News, Florida congressman Carlos Curbelo — a Republican — will introduce legislation next week that calls for a gradually escalating carbon tax specifically designed to accelerate the decarbonization of the U.S. economy.

Starting in 2020, the proposal would require fossil fuel companies and manufacturers to pay a fee of $23 per ton for their carbon emissions, rising slightly faster than inflation. It’s a relatively low tax to start, but it could ramp up significantly over time. The fee would rise an additional $2 each year emissions targets aren’t met — a clever twist. Preliminary modeling shows that the policy would be sufficient to meet former President Obama’s climate target under the Paris Agreement — a 26 to 28 percent reduction in U.S. emissions by 2025, compared with 2005 levels.

There’s a catch, though. In exchange for the fee, the proposal would completely eliminate the gasoline tax and press pause on the EPA’s authority to regulate greenhouse gas emissions (that’s in jeopardy anyway under the changing Supreme Court). It would also devote most of its revenue to building new transportation infrastructure nationwide. That it raises money at all is controversial — most Republicans in favor of a carbon tax want a completely revenue-neutral proposal.

In the midst of a tough reelection race in his Florida district, Curbelo (a member of the Grist 50) is bucking his own party by even proposing the legislation. It’s a long shot, but with the right mix of ideas, it just might work. Even if this specific bill doesn’t find its way to Trump’s desk, another one could, like the plan put forth by two Republican former Secretaries of State last year.

Almost 10 years after the last major attempt at climate legislation, the Waxman-Markey cap-and-trade bill, failed in Congress, there’s reason to believe that this time, Republicans will lead the way.

The vast amount of America’s renewable energy is now produced in Republican-voting districts, and recent polling shows that Republicans nationwide are more willing than ever to support a carbon tax — especially one that will boost the growth of innovative technologies and reduce the burden of uncertainty on businesses that deploy them.

And the renewable industry seems to think Republicans are its best shot. In the 2016 election cycle, the industry’s political donations went disproportionately to Republicans for the first time. So far in 2018, that financial gulf has widened, and now favors Republicans roughly 2-to-1. More and more, renewable energy is a bread-and-butter right-wing issue.

Still, passing climate legislation is a tall order for an administration led by someone who has said climate change is a hoax. And, this week, congressional Republicans planned a symbolic resolution against carbon taxes that could be divisive — 42 Republican members have joined Curbelo in a bipartisan Climate Solutions Caucus, and this vote would be the first chance for them to show real support. But now that Republicans control all three branches of government, it’s up to them to craft the next steps for environmental policy, for better or worse.

There are, of course, some serious flaws with Curbelo’s idea. In contrast to recent Democratic-led carbon pricing proposals, Curbelo’s bill is decidedly less aggressive. Taken as a standalone policy, replacing the gasoline tax with a carbon tax will do little to address transportation emissions, now the leading source of carbon pollution in the United States. To put the transportation sector’s emissions on a diet, there’d need to be accompanying incentives for electric vehicles and public transit.

That said, the final text of the bill has not yet been released, and these details could change.

Before you dismiss this GOP plan, remember the unyielding truth of climate change: We can’t wait for the perfect moment or the perfect piece of legislation. We have to do as much as we can, as soon as possible.

According to a report released this week, even a modest carbon tax would substantially improve the prospects for solar, wind, geothermal, and hydropower — and may help spawn a next-generation nuclear renaissance.

The most effective ways to address climate change are big and complex: reversing the demise of tropical forests, reducing food waste, encouraging family planning, shifting away from coal and natural gas. A carbon tax really only addresses that last one. But the other efforts can move forward alongside the push for a carbon tax, as part of a broad-based, radical rethink of civilization at a critical moment in our history.

Curbelo is turning the debate away from the science and toward solutions, and that should be celebrated. Now, let’s hope the other party leaders follow his lead.