Meet the teens schooling us on climate 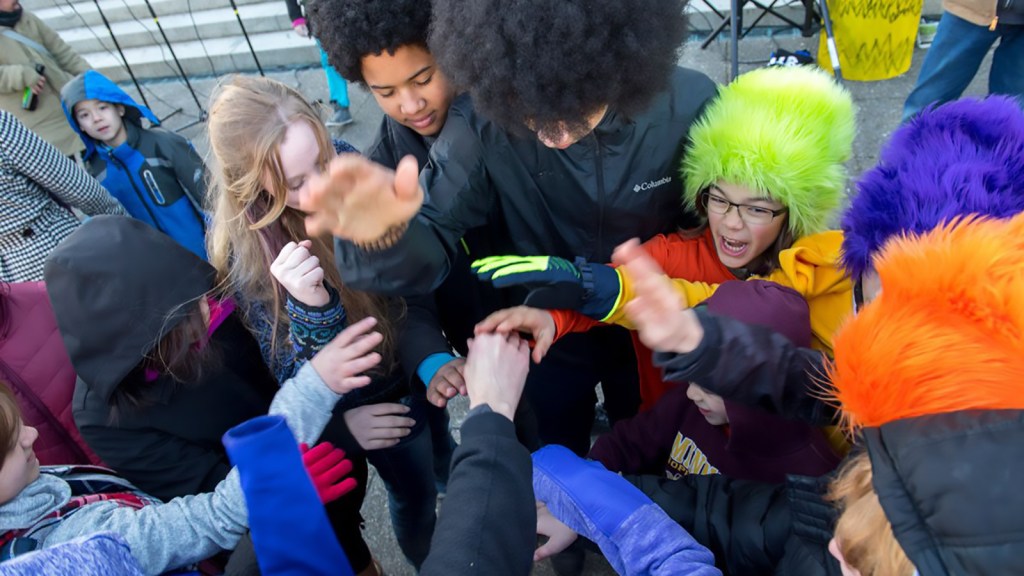 Meet the teens schooling us on climate

Generation Z — millennials’ younger brothers and sisters — are increasingly finding their voices in the Trump era, expanding media-savvy campaigns for racial equality and gun control to encompass climate change. A group of high school students are now planning a nationwide series of climate marches on July 21, when they will confront lawmakers in Washington, D.C., with a list of their demands for a livable climate.

“I’d say I do about three hours of conference calls every single day,” says the lead organizer of the march, Jamie Margolin, a 16-year-old high school sophomore in Seattle. “I’m not new to the climate activism world.”

It’s true. Margolin is one of 13 young plaintiffs suing Washington state government for not taking sufficient action to address climate change. She frequently spends lunches answering emails instead of hanging out with friends. And the Seattle teen is not an anomaly: Statistically, young women of color like Margolin are the demographic most engaged on climate issues.

Margolin started planning the upcoming climate march, which she calls “Zero Hour,” last August, after the Trump administration announced its plans to withdraw from the Paris climate agreement. She recruited Mrinalini Chakraborty, head of strategy for the national Women’s March, to help the students file for permits and plan logistics. Now, the organizing committee includes dozens of youth from Connecticut to California. The official website for the march launched last week.

Now, the group is drawing inspiration from the teen-led movement for federal gun control in the wake of the school shooting in Parkland, Florida. Margolin was particularly impressed when the Parkland students confronted lawmakers about accepting money from the NRA — which produced some predictably awkward stammers. Her team is considering making similar demands for politicians to refuse money from the fossil fuel industry.

The fervor of Parkland activists as they take their fight to national and state officials gives Margolin confidence that Zero Hour is on the right track, she says. For her, her youth and gender are natural assets in the fight against climate change. “I’m a 16-year-old Latina girl,” she says, “I can help.”

Despite the recent uptick of attention, youth environmental activism isn’t new. There have been youth factions at the United Nations’ annual climate conference, for example, since the beginning of that process nearly 30 years ago. And over the past week, I’ve heard from dozens of young people from around the country who want to see more aggressive climate action.

Therese Etoka, a 17-year-old climate activist from Boise, Idaho, grew up with an awareness about the increasing frequency of wildfires. She now focuses on making actionable demands from those in power, including (successfully) testifying before the Idaho State Senate in support of stricter classroom science standards, on the day of the Parkland shooting. She sees the similarities between NRA and Exxon influencing policy, and sees it as her job to speak up before it’s too late: “This cannot be normal. We’ve had it.”

Edgar McGregor, also 17, often tweets about his anxiety from living in drought-prone southern California. He has been teaching himself climate science to understand what might be in store for his home state in the future.

“Teenagers like me have often wondered how to combat climate change,” McGregor recently tweeted. But he believes activism alone no longer works: “The ones who are speaking out must be the ones that change … and do the work themselves.”

It seems as though fearlessness among teenagers who haven’t yet reached voting age is one symptom of the cultural and environmental anxieties their generation is steeped in. Scientists agree that the world is fast approaching — and perhaps already past — key climate turning points, and that actions in the next few years will have centuries-long ripple effects. Combine that near-inevitability of radical environmental change with a federal government that holds climate denial as an official position — and you’ve got a generation that accepts radical political change as the only reasonable option.

“The powerful thing about youth is that I don’t have a hidden agenda,” says Margolin. By default, teenagers’ only vested interest is their future. “I don’t get paid for this, I’m not lobbying on behalf of anybody. I’m only doing this because it feels so urgent.”

As Margolin watched the students from Parkland make bold and unflinching demands for a world that values their safety, disregarding both the conservatives who double down on thoughts and prayers and the older liberals who say they’ve seen this fight before, she saw the common ground clearly.