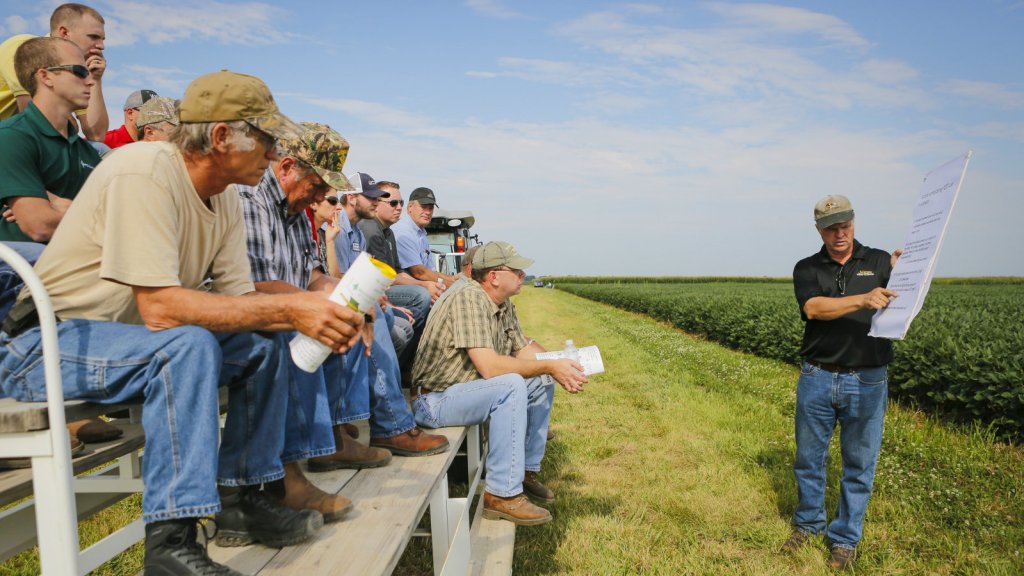 You can see signs of Monsanto’s latest belly flop in stricken farms: The leaves are gone from the acres of peach trees on Bill Bader’s orchard in southern Missouri, and soy fields in eastern Arkansas and western Tennessee are curling up and dying.

A lot of the blame falls on Monsanto’s new genetically engineered soybean, Xtend, which is having a terrible, horrible, no good, very bad roll out this year.

To explain what’s happening we have to back up. Farmers have been using crops that tolerate the herbicide glyphosate (often sold under the brand name Roundup), and for years it worked amazingly well: Farmers sprayed glyphosate and the weeds died, while the crops thrived. But then some weeds stopped dying, because nature had caught up; the weeds evolved to tolerate glyphosate.

Seed companies have now released crops that can tolerate additional weed killers, like dicamba. U.S. Monsanto’s new soybean resists both dicamba and glyphosate, which works fine for farmers with the new soybean — not so much for anyone else.

Dicamba easily turns into vapor, so it can blow onto neighbors’ crops, which is exactly what happened to Bill Bader’s peach trees.

The EPA anticipated that this would happen, so it told farmers they had to use a new mixture of dicamba on Xtend — one that wouldn’t blow on the wind. But the EPA hasn’t yet approved that safer dicamba. So when unethical farmers started seeing weeds on their Xtend fields they decided to illicitly spray the conventional dicamba and cross their fingers.

If everyone followed the rules, the new GMOs wouldn’t have caused any problems. But there have always been unethical and careless people and dicamba has been around for decades, so there is something else going on.

The new element here is Monsanto’s Xtend. If the company — or the government — had delayed the rollout until its new herbicide was ready, it would have prevented a lot of heartache.