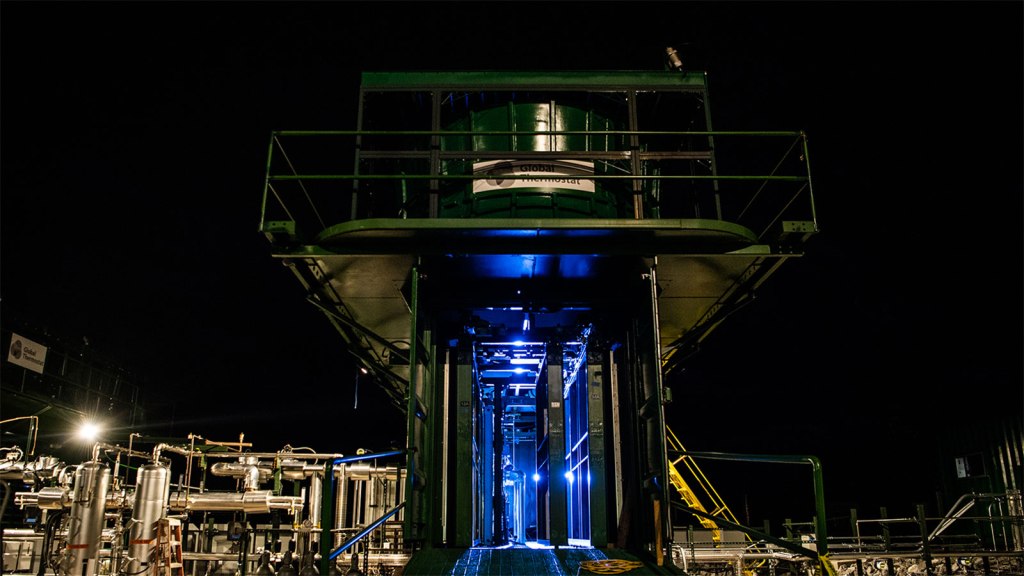 Technologies that capture, reuse, or lock away carbon dioxide have long seemed more like science fiction than viable ventures: Buildings that trap waste gases in their concrete bricks. Meatless burgers and fruits and vegetables enriched with captured carbon. But as more pilot tests begin, and amid growing urgency to take action on climate change, investors are increasingly placing their bets on so-called “carbontech.”

“A couple of years ago, the state of the conversation was, is the technology real, or is it just magic?” said Marcius Extavour, who runs the Carbon XPrize, a global competition to develop breakthrough technologies for converting CO2 emissions into products. “That question is fading, because there are more tangible examples.”

Carbontech initiatives are still years or decades away from achieving commercial success, if they can succeed at all. The companies working to develop these technologies have typically relied on public research funding and grants. Now private investors are pouring money into startups and moonshot projects — in the hope of making money while also helping to curb rising global temperatures. Initiatives that transform carbon into marketable materials like cement or synthetic fuels are particularly appealing, given their potential to turn a profit.

XPrize recently surveyed carbontech companies, primarily in North America and Europe. They found that more than 250 firms have raised $2 billion in combined investments to capture and use carbon, or permanently store it underground. While governments and deep-pocketed energy companies still contribute the most, the funding pool also includes philanthropies and wealthy people looking to accelerate the low-carbon economy.

Extavour said that total investment is likely higher, because of the survey’s limited regional focus. Even so, it still wouldn’t come close to what’s needed to develop technologies that can meaningfully remove or cancel out carbon emissions. “Compared to the scale of the challenge, it’s a small number,” he said.

XPrize unveiled the list in late September, during the U.N. General Assembly in New York City. At a daylong summit, over a hundred guests crammed into seats to hear investment managers, policy analysts, and technology developers discuss the fledgling industry. Organizers said the turnout was surprising; a few years ago, proponents were mostly talking among themselves.

David Elenowitz, who previously ran the private equity firm Mercury Capital, said he recently put $50 million of his own money into Zero Carbon Partners, an investment firm in New York City, driven by climate concerns and an eye for opportunity. The way he described it to the audience, these fledgling companies are like young versions of Google or Apple — tiny and obscure today but bound to make lots of money for initial investors if the technology pans out. “The maximum return goes to early risk-takers,” he said.

Carbontech has long suffered from sky-high costs, engineering challenges, and pushback from environmental groups. In particular, systems that capture carbon from power plants and factories — then pipe CO2 underground or use it for other purposes — are criticized as one big exercise in greenwashing, enabling companies like ExxonMobil and Royal Dutch Shell to keep extracting and burning fossil fuels while relaxing efforts to develop renewable energy. Although not all projects involve fossil fuels, many environmentalists remain deeply skeptical.

Yet acceptance is growing among investors and policy experts as climate studies grow more grim.

Last year, the U.N. Intergovernmental Panel on Climate Change warned that governments likely won’t slash emissions quickly enough to keep average global temperatures from rising 1.5 degrees Celsius (2.7 degrees Fahrenheit) above pre-industrial levels. As a result, we’ll need to pull carbon directly from the air and develop other ways of canceling emissions, the panel said, while noting that such technologies are still unproven. Despite major strides in renewable electricity and transportation, other significant sources of emissions like steel mills and industrial agriculture still have no clear paths to decarbonization.

“I do not believe there is a solution for our 2050 [climate] goals and aspirations that does not involve major breakthroughs of new technologies,” Ernest Moniz, the former U.S. energy secretary, said during the U.N. General Assembly. He recently unveiled a 10-year, $10.7 billion blueprint for developing techniques to pull carbon dioxide from the air and lock it away in products or underground.

A handful of high-profile launches are lending legitimacy to the technology. In Switzerland, the company Climeworks has built “direct air capture” machines that strip carbon from the atmosphere and use it for fizzy soft drinks and to grow fruits and vegetables in a greenhouse. Global Thermostat is building a carbon-capturing plant in Alabama, as well as shipping container-sized versions in Oklahoma. The New York City startup will likewise provide “green bubbles” for sodas and use carbon to make plastic bottles.

Beverages are just the beginning. Advocates estimate that the worldwide market for carbon tech products is $5.9 trillion a  year, which is building buzz for earlier-stage technologies, too.

Air Protein says it can use carbon to make nutritious foods, including meatless burgers and protein-enriched pastas. The Pleasanton, California-based startup is a spinoff of Kiverdi, which developed a NASA-inspired process to produce nutrients. The technology involves taking carbon dioxide, oxygen, and nitrogen and combining it with water, renewable electricity, and a special class of microbes. The result is a flour that has the same nutritional profile of animal proteins, and can be added to different recipes.

Lisa Dyson, who is CEO of both companies, said Air Protein has developed a number of product prototypes and received “significant interest from corporates,” though she didn’t give specifics. She said the startup aims to help feed the world’s growing population and tap into rising consumer demand for sustainably produced foods. Analysts say the market for plant-based protein and meat alternatives could balloon to $85 billion by 2030.

Another California startup, Opus 12, is turning waste carbon into materials for plastics and transportation fuels. This means using metal catalysts and electricity to convert carbon dioxide into organic chemicals. The company has a lab-scale prototype, and is working to produce its first gallon of fuel within a year and a half, said Etosha Cave, Opus 12’s co-founder and chief science officer (and a member of the  Grist 50 class of 2018).

“We can create a revenue stream out of CO2 instead of throwing it into the air,” Cave said. Still, the technology doesn’t exactly eliminate carbon; it recycles it. Carbon dioxide remerges once engines burn the fuel. Opus 12 aims to continuously capture and reuse it, displacing the use of fossil fuels that would pump additional carbon into the air.

This month, Opus 12 won a $1 million federal grant to turn waste CO2 and methane into chemicals with Industrial Microbes, a Bay Area company making a fermentation technology. Cave said that she hopes to help improve access to energy supplies in rural areas. Direct air capture machines could harvest carbon locally, which Opus 12 could then turn into liquid fuels from a small reactor. “Even outside of climate change … you want to build a more equitable world,” she said. “This could be a part of it.”

Cave said that though she’s seen more private investors backing carbontech startups, including Opus 12, many financiers are still comparing these risky projects to more traditional, seemingly safer bets like a social media platform or ride-sharing app. At the carbontech summit in New York City, some investment managers admitted that, despite their desire to combat climate change, their clients remained wary of backing carbon-focused technologies this early in the game.

Proponents argued that waiting is just as risky. In a world of catastrophic climate change, the entire financial system will suffer, said Julio Friedmann, a senior research scholar at Columbia University’s Center for Global Energy Policy.

“If we don’t deploy carbontech, we won’t hit [climate targets], but we also won’t have profits,” he said.

Correction: A previous version of this story misstated the location of where Global Thermostat is building some carbon-capturing plants.