Grist traveled to the tiny mountain town of Telluride, Colorado, to see some of the most talked-about environmental and climate change-related documentaries screening at the Mountainfilm Festival. The films take on the challenge of addressing migration — both of humans and animals around the world — as well as the startling realities of communities facing climate change and environmental degradation today.

In all, there were more than 150 movies and shorts featured during the long weekend, but here’s the lowdown on a few noteworthy films.

If you type “Kiribati” into Google Maps, it takes a while and requires multiple zooms to find it. That exercise is somewhat symbolic because the tiny Pacific island is literally trying to keep itself on the map. Rising sea levels are quickly drowning the home to almost 115,000 people. 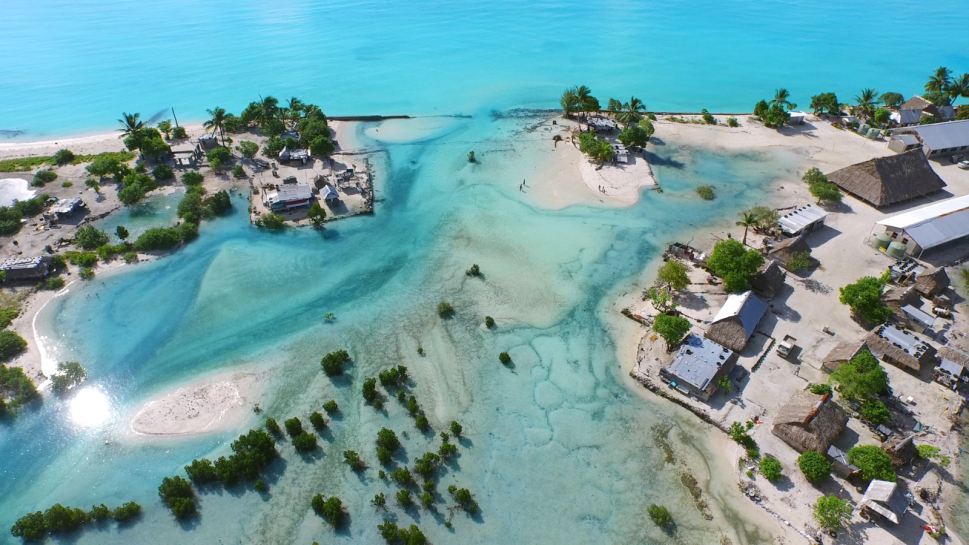 Anote’s Ark follows Kiribati’s former president, Anote Tong, and his frantic attempt to save the land for his people. A perfect example of how poorer nations are more likely to feel the brunt of climate change and extreme weather, the film effectively illustrates the heartbreak of losing one’s home to the ocean — as well as the staggering challenge of relocating an entire country’s population.

While the film is a powerful portrayal of how climate change is impacting communities right now, its various storylines don’t quite connect. The documentary also leaves viewers fairly hopeless — which is true of most films dealing with climate change. But for us at Grist, we’re all about holding out hope.

Tangier Island, off the coast of Virginia, is drowning amid rising sea levels. A school in Denver caters exclusively to students with health issues, specifically asthma caused by air pollution. These are two of the examples of how climate change is already impacting Americans that form the theme of James Balog’s (Chasing Ice) latest work, The Human Element.

Balog uses the four elements — air, earth, fire, and water — to frame how we look at the impact of humans on our climate. In addition to the plight of Tangier and the air pollution in the Mile High city, he follows forest firefighters in California and takes a trip back to the coal mines in Pennsylvania that killed his grandfather.

The dramatic realities of climate change are, well, very scary and honestly depressing. And The Human Element does an excellent job making that abundantly clear. It grounds our understanding of warming in real-world, close-to-home examples that don’t sugarcoat the present or the future. Sure it relies on some heavy-handed scare tactics; but upon reflection, that might be exactly what we need to get our asses into gear.

“If you don’t see any black people or any people of color climbing, you’re not going to think you can do it,” Brothers of Climbing cofounder Mikhail Martin says in this seven-minute minidoc. The organization seeks to reach underrepresented groups and inspire them to take up outdoor activities, starting with climbing.

The short film, presented by REI Co-op, traces the history of the organization, which started with a group of black friends at a New York City gym — not exactly climbing country. It follows the Brothers of Climbing’s trip to the mountains of Chattanooga, Tennessee, where they encounter disbelief from others that they are actually rock climbers.

The film is pretty inspiring, and it’s on YouTube, so you don’t even have to travel all the way to Telluride.

Silas Siakor is one of those people whose accomplishments, numerous accolades, and genuine humanity makes you feel like you’ve accomplished absolutely nothing in your life. An activist first and foremost, Silas fights relentlessly to hold the government of Liberia accountable for decades of corruption and environmental destruction. The West African country was once rich with forests, but international companies have demolished one-third of its timber for palm oil plantations, grabbing land from far-flung communities with the blessings of Liberian officials.

The film offers a genuine tale of human strength and resilience in a country still recovering from a 25-year civil war. Its intimate scenes of vulnerability leave the viewer invested in Silas’ mission, while its clips of international leaders heaping praise on former President Ellen Johnson Sirleaf leave the viewer awestruck at the outside world’s relatively rosy picture of a Liberian government stained with corruption. 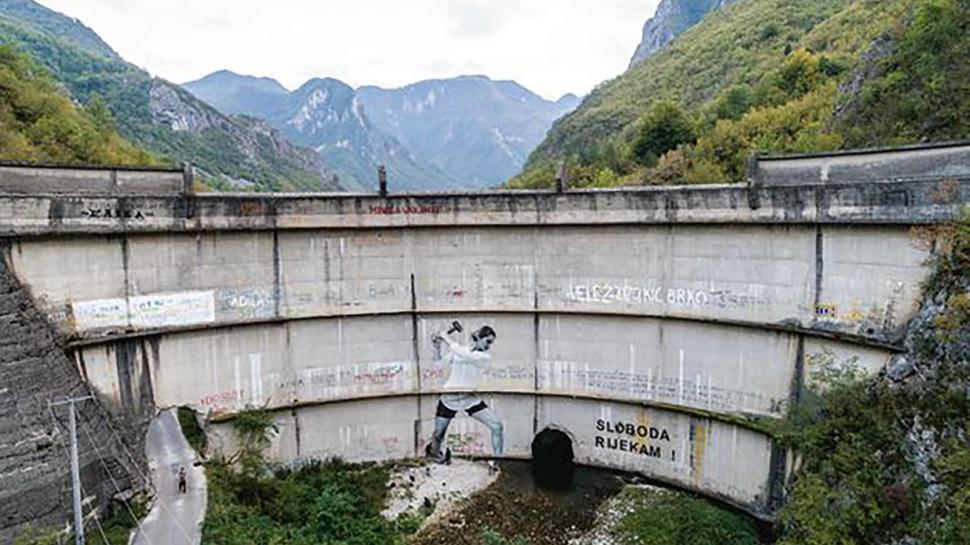 Hot dam! That’s the crux of Blue Heart, a film about Balkan battles over hydropower. The story centers around activists in three countries fighting a handful of the roughly 3,000 proposed dams in the region.

Blue Heart, produced by the outdoor clothing company Patagonia, captures the struggle between environmental activists and energy developers in Albania, Macedonia, and Bosnia and Herzegovina. In one story, a group of 55 women blocking a construction project on the Kruščica River are violently removed by police — a scene which bears striking resemblance to recent pipeline fights in the United States.

Here’s the thing: If the world wants to transition away from fossil fuels, hydropower will likely play a role. But hydropower’s reliable renewable energy comes at the expense of river ecosystems and the surrounding communities. The film barely scratches the surface of this conflict between fighting climate change and protecting natural world, instead only focusing on the corporate-greed aspect of dam projects. But at its best, Blue Heart tells a classic underdog story of ordinary people fighting back against energy projects that disrupt and endanger communities — a struggle that’s playing out worldwide.