Favianna Rodriguez grew up in Oakland, California. She still lives in what she calls “the cement city.”

As an artist and activist, her calling card is injecting vibrant, bold images into the fight for climate justice and migrant rights. You might recognize her iconic “defend our mother” poster from the 2014 People’s Climate March.

“Culture is one of the most important tools we can leverage in order to win,” says Rodriguez, who is also executive director of CultureStrike, an organization that empowers artists to generate systemic change.

In late May, Rodriguez — a 2018 member of the Grist 50 — traveled to Telluride, Colorado, to speak and exhibit her artwork at the annual Mountainfilm festival, which collects art and film that inspires hope for a better world. (Kind of like a film-festival version of Grist, which served as this year’s media sponsor.)

During a symposium on the festival’s theme of “migration,” Rodriguez did a Google image search for climate change. It turned up a bevy of charts and graphs, which she believes do little to move people to action. Her goal: To show human-centric, on-the-ground realities of climate change — the people who suffer, the people who profit, and the people who can get us out of this mess.

We sat down with Rodriguez outside her Mountainfilm gallery opening to talk about her artistic philosophy. This conversation has been edited and condensed for clarity.

Q. What do you think is wrong with the imagery we often see around climate change?

A. I would like to see less images specifically about the traditional view of nature. For years, for decades, for centuries, many of the spaces of nature just have not been accessible — or have been only accessible to a limited few, mostly elites, mostly white people. So to use imagery that doesn’t invite all of us to participate is a mistake. Images can both expose a problem and they can also inspire solutions, so I want to see solutions that are about human action.

Q. What’s an example of some of those images?

A. Looking at where some of these places of oil extraction are, like East Los Angeles, they’re places where communities of color live. Show what it looks like for kids of color to grow up facing asthma or not being able to breathe. Asthma has affected them so much that they spend time in hospital beds.

Those are the images that we need to see, in addition to the images of who is in the gears of the machine that is propelling climate change. At the end of the day, it takes people to make this machine function. And those who are most vulnerable and who are pushed aside by very racist policies in our country are the ones who are working the most toxic jobs, the ones bearing the brunt of how we get our energy.

I think it’s going to lead to a transformation, but it’s also going to increase the participation of people of color. Because frankly, when I go to climate conferences or conferences like Mountainfilm, I see predominantly white people sitting down to talk about climate change. It’s unacceptable. It’s totally unacceptable. 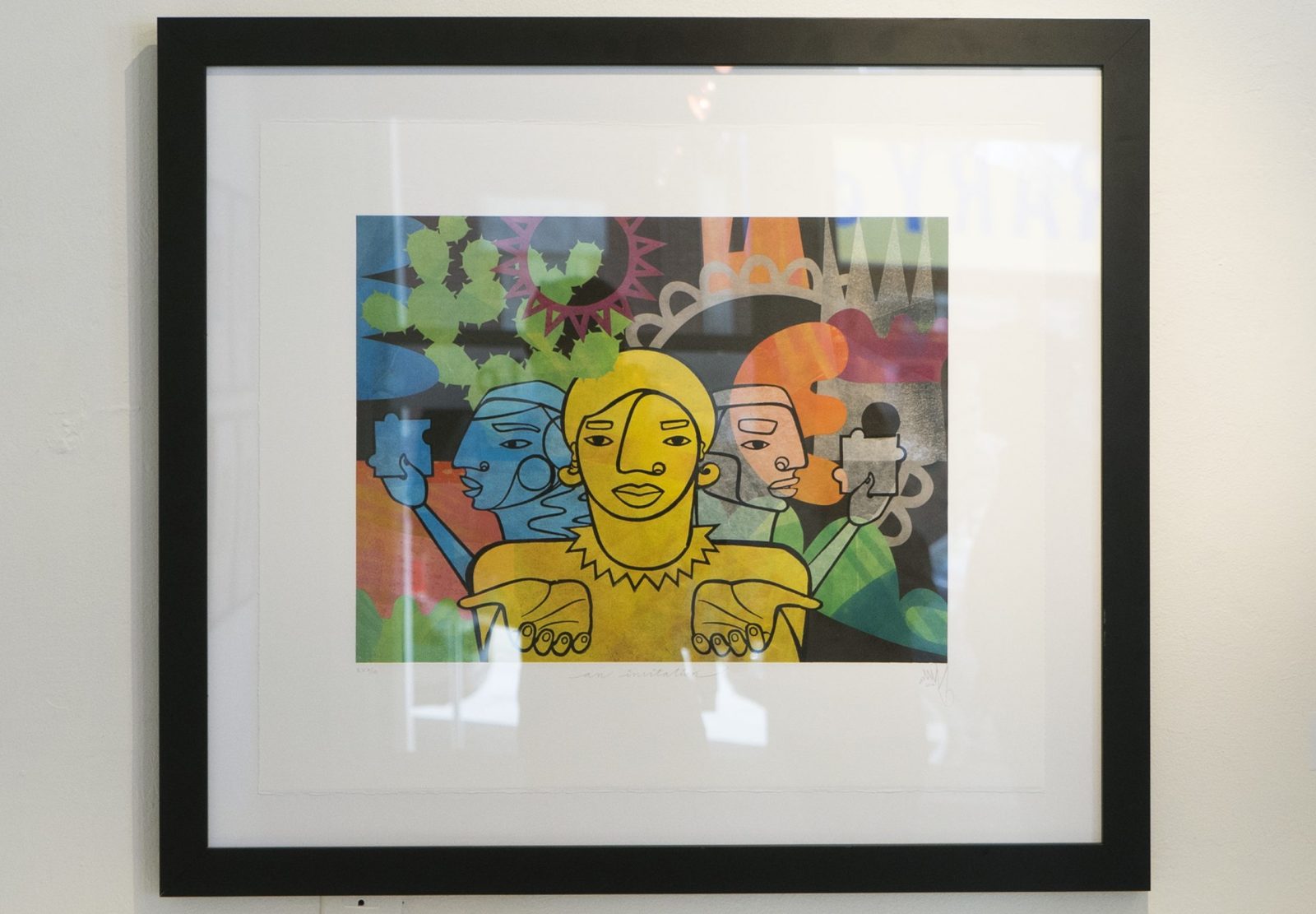 Q. So I’ve heard you speak about how art can change culture. What’s a specific example of visual art that fueled such a shift?

A. For me, something very memorable is the People’s Climate March, which was organized by artists, the People’s Climate Arts collective. What was fascinating was that there was a narrative to the way the march was structured. So indigenous people, immigrants, communities who are being impacted by rising water were in the front.

Q. What should that narrative be about?

A. There was just a museum that was opened to commemorate and really show the horrific reality that was lynching in the South. We need art and symbols to help people remember. And also to help people make the connection that climate change is a problem that people with power and the colonial forces are highly responsible for. The same white men who are profiting from climate change are also going to be profiting from some of the solutions. When societies begin to break down, the people need to bring forward the solutions, because if we don’t, then the solutions will come from those who are seeking to profit.

Q. What’s your most recent work about?

There’s a piece that I dedicated to Berta Cáceres, a Honduran climate activist who was murdered last year. There’s a piece there called Earth Families which shows the human race with a four-legged creature, birds, and a lot of plants, all in the same boat. We’re all connected.

And then there’s also works about understanding our relationship to nature. Especially when we are still in a world where black people — imagine you’re going hiking and you have some white hiker call the police on you. We still are in an environment where people of color are not entirely safe.

My family came from Peru. My ancestors are the Incas, we have a relationship to nature. I grew up in Oakland, California, surrounded by violence, and it wasn’t until I was an adult and went to college that I even began to understand the natural landscape that was available to me in California. But hey guess what, there’s no public transportation. These places are very specifically designed for us not to access them.

Tesla says its factory is safer. But it left injuries off the books.