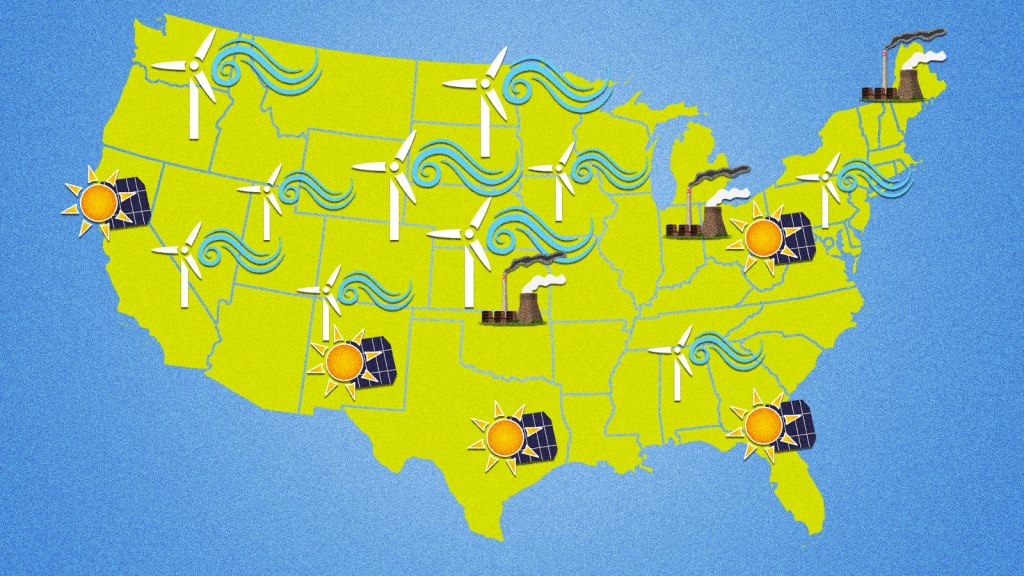 The climate crisis is an intricate and multifaceted problem, but by now most of us understand the essence of the thing: emissions bad, renewables good. A new study from Harvard’s Center for Climate, Health, and the Global Environment puts a fresh twist on that well-worn equation. Turns out, it’s not enough to grab a handful of renewable energy projects from a clean energy grab-bag and scatter them across the United States like wildflower seeds. Where you put new renewable energy infrastructure is even more important than what kind of renewable you’re dealing with.

By looking at a number of variables in 10 regions across the U.S. and the costs and operational requirements of three types of renewables — utility-scale solar, rooftop solar, and wind power — the study’s authors were able to figure out which region stands to gain the most from which kind of renewable. Kind of like OkCupid but for geography and renewable energy compatibility. The researchers took into account the amount of existing dirty fossil fuel developments in those regions, because implementing renewable energy would replace those power plants and result in more emissions reductions. Here’s what they found:

Something that surprised the study’s lead author, Jonathan Buonocore, was that the benefits of renewables outweigh the benefits of carbon capture and sequestration. That technology — which is still in development — has been touted as something of a hail Mary for the fossil fuel industry, as it can be used in tandem with dirty energy developments to bring down emissions. But installing renewables literally anywhere in the country was more cost-effective than doing direct air carbon capture, Buonocore told Grist. Installing carbon capture technology on a coal plant, where it can stash away carbon before it’s released into the atmosphere, was about as cost-effective as installing renewables in many places in the U.S. — but that’s only when you’re comparing purely economic benefits. “When you include health, that changes dramatically,” he said. “For a lot of these different regions, if you include health the renewables look much more cost effective than installing carbon capture and coal.”

Buonocore hopes the study will help policymakers make informed decisions about where to put new energy developments, and to take health into account more often. “This is really important to be ideally included in evaluations of all climate policies,” he said. You hear that, politicians? A public health analysis a day keeps the climate catastrophe away.