Thanks to global warming-induced sea-level rise, coastal waters are increasingly spilling into communities. In a report released Wednesday, the National Oceanic and Atmospheric Administration quantified the extent of that inundation with some sobering statistics.

The bottom line: As a whole, the U.S. is experiencing more coastal flooding than ever. 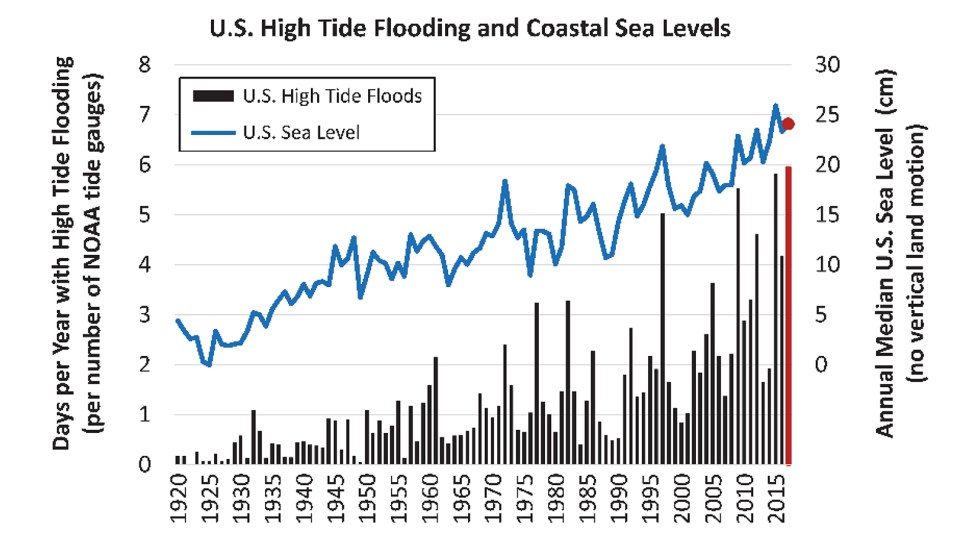 NOAA scientists analyzed data regarding high-tide flooding —defined as flooding that causes public inconveniences, like road closures — from nearly 100 coastal water-level gauges across the country in the past meteorological year (May 2017 through April 2018). Since 2000, the report says, parts of the U.S., primarily along the eastern seaboard, have experienced more than a 250-percent increase in yearly flooding.

And in the coming meteorological year, he said, “Records are expected to continue to be broken.” 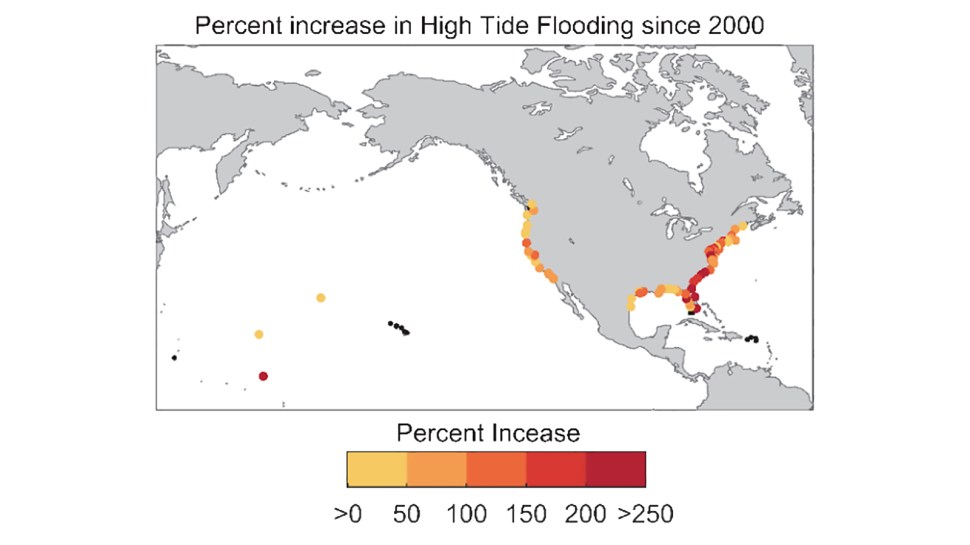 Here are the takeaways from Sweet and his colleagues’ findings: