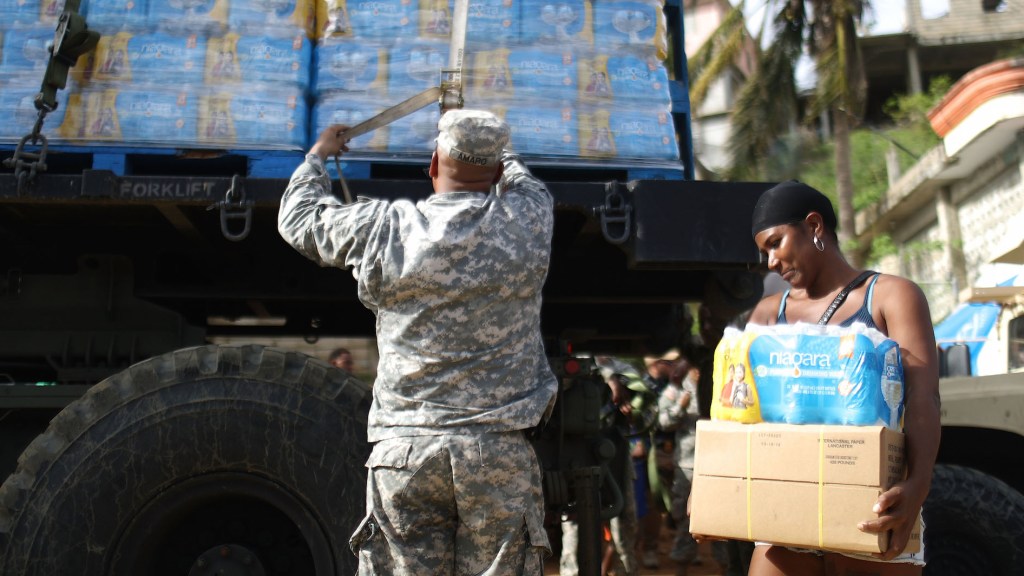 It’s been nine months since Maria devastated Puerto Rico. After more than $90 billion in damage and an astronomical death toll, there are strong criticisms of the Federal Emergency Management Agency’s response to the storm.

A planning document revealed that before Maria, FEMA underestimated the role that federal authorities would need to play if a catastrophic hurricane hit the island. As a result, the agency relied heavily on strapped local resources in a territory beset for years by an economic crisis.

“We must hold the federal government accountable for their response to the communities they are responsible to serve,” Hispanic Federation Senior Vice President Frankie Miranda said on a recent call hosted by the Power 4 Puerto Rico Coalition. “What we know from the groups working on the ground is that the federal response was uncoordinated, ineffective and, in many cases, even criminal.”

Now, as hurricane season kicks off again, there are deep fears about what will happen if another big one hits. And in an audio recording of a private meeting between President Trump and FEMA obtained by the Washington Post, the president’s conversation on everything from aircraft carriers to “clean coal” seemed to indicate that his priorities are far from Puerto Rico and how to protect Americans from this year’s hurricanes.

Shortly after we published this piece, FEMA responded, dismissing criticism of its efforts. “The insinuation that federal response has been lacking is absurd, with nearly $10 billion going towards the island in the first 180 days,” FEMA wrote Grist in an email. “FEMA is not a first responder; and disasters are state managed, locally executed and federally supported.”

In an earlier email to Grist, FEMA acknowledged that the agency can do better. The storms of 2017, a spokesperson wrote, illustrate that there’s much to be done “across the country at all levels of government” to prepare the U.S. for future hurricanes.

FEMA sent Grist some of its “lessons learned” from Hurricane Maria. We asked experts in emergency management and on Puerto Rico to weigh in on the priorities the agency outlined.

Engaging the community in public health

According to a death toll released by Harvard researchers last week, Hurricane Maria may have been one of the deadliest disasters in U.S. history — with up to 5,740 people perishing in the storm and its aftermath. The study found that one of the culprits behind such an astronomically high number of fatalities was lack of access to medical care — like breathing machines, which failed when electricity was lost.

So it’s no surprise that FEMA is reportedly focused on making sure people get the healthcare they need come the next storm. The agency says it’s reinforcing Puerto Rico’s healthcare systems, beefing up behavioral and mental health services, and working on plans for emergency oxygen backups.

The priorities FEMA outlined for Grist are broad, and the experts we spoke with emphasized that the devil will be in the details. “There’s a gap in terms of the stated goals and the specific measures within the public health system in Puerto Rico,” says Edwin Meléndez, director for the Center for Puerto Rican Studies at Hunter College. “How are the local authorities, the private hospitals, involved in this particular approach? How are they sharing goals and what is their implementation plan?”

Today, more than 60,000 people — nearly 5 percent of the island — are still without power. And in May, FEMA announced that the U.S. Army Corps of Engineers would be turning the job of restoring downed power lines back over to the embattled and bankrupt Puerto Rico Electric Power Authority.

Experts agree that one of the biggest challenges is building back Puerto Rico’s ailing power grid to be more reliable than it was before. “Puerto Rico had experienced brownouts prior to the storm,” says Mike Sprayberry, president of the National Emergency Management Association. “The distribution lines were not well maintained, and then they get hit by this storm.”

So fixing Puerto Rico’s aging energy infrastructure will take more than just FEMA. But in the meantime, the agency is shoring up the number of backup generators it has available in the event of another catastrophic storm. The island was in seriously short supply of generators prior to Hurricane Maria.

“This has been the largest disaster generator mission in U.S. history with 1,667 generators installed to support the weakened power grids,” FEMA writes to Grist.

And relying too much on generators creates new challenges. “Having the generators in place is great, but what is the access to reliable and consistent fuel going to be? That’s going to be fundamental for the hospitals,” says Martha Thompson, Oxfam America’s program coordinator for disaster response in Puerto Rico.

Ivis Garcia Zambrana, a professor at the University of Utah, argues for more solar power instead of the expensive, and polluting, generators. “Generators are not good for people that are lower-income,” she says. “There must be ways of working towards more sustainability.”

With only one warehouse in the Caribbean prior to Hurricane Maria, FEMA struggled to distribute supplies across the territory in the wake of Hurricane Irma (which hit just weeks earlier).

FEMA now says that its warehouse capacity in Puerto Rico has increased from 84,295 to 315,000 square feet. It plans to stock six times as much water and generators this year compared to 2017, seven times as many meals, and eight times as many tarps.

So next time, the agency will just have to get those supplies to people in rural areas. “Whether they have taken measures to have preparedness across the regions — specifically in more isolated areas on the inside of the island — is something we haven’t seen data for yet,” says Meléndez with the Center for Puerto Rican Studies.

Beefing up communications and trainings

The storm crippled communications on the island, making it nearly impossible for residents to communicate with loved ones or authorities. It hampered recovery efforts, too, as emergency responders struggled to coordinate with one another due to downed cellphone towers.

“If you don’t have communications, you don’t know what people need,” says Sprayberry with the National Emergency Management Association. “You can really mismanage commodities.”

What FEMA’s not talking about

Puerto Rico’s struggling economy and global warming’s contributions to extreme weather phenomena, like Maria, are two elements FEMA doesn’t appear to be factoring in to future emergencies. When it released its strategic plan this spring, FEMA managed to omit any mention of climate change — which the agency openly addressed during the Obama administration.

But former FEMA administrator, Craig Fugate, assures us that career officials in the agency are still taking this into mind, albeit surreptitiously. “Apparently, it got cut out,” he says. “But if you look at what they’re doing, they’re in effect addressing climate change without saying it.”

Fugate, along with all the experts Grist spoke with, stresses the importance of building back a more resilient Puerto Rico.

“The problem is, if you’re just responding to disasters, they’re getting bigger and bigger,” Fugate explains. “And if you’re really going to change the outcome, it isn’t focusing on improving the response — that’s important, but it kind of misses the point.

“Why are we not doing more to reduce the impacts of disaster?”