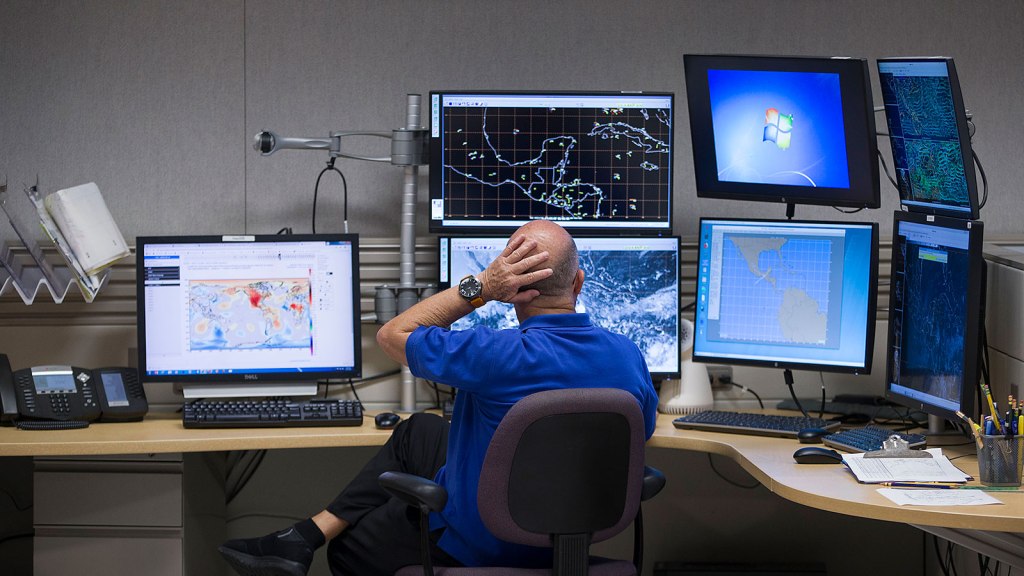 Hurricane Dorian has come and gone, but the irrevocable upheaval it brought on the Bahamas continues. In Washington, a different kind of debacle is brewing in Dorian’s aftermath.

On Friday, the National Oceanic and Atmospheric Administration (NOAA) issued an unsigned statement that defended President Trump’s baseless assertion that Hurricane Dorian would hit Alabama “(much) harder than anticipated.” Trump originally made the claim in a tweet on Sunday, September 1, and has continued to try to justify it on Twitter and with a doctored hurricane map in the week since. NOAA’s statement also rebuked the National Weather Service’s Birmingham division for contradicting the president in a tweet that clarified, “Alabama will NOT see any impacts from #Dorian.”

“From Wednesday, August 28, through Monday, September 2, the information provided by NOAA and the National Hurricane Center to President Trump and the wider public demonstrated that tropical-storm-force winds from Hurricane Dorian could impact Alabama,” read NOAA’s statement. “The Birmingham National Weather Service’s Sunday morning tweet spoke in absolute terms that were inconsistent with probabilities from the best forecast products available at the time.” The New York Times is reporting that political officials at NOAA put out the statement after Secretary of Commerce Wilbur Ross threatened to fire them.

The unsigned statement — along with an earlier internal directive telling NOAA staffers not to “provide any opinion” on Trump’s tweet — seems to have set off a firestorm within the agency. NOAA’s acting chief scientist, Craig McLean, is investigating whether the agency’s response to Trump’s claims about Hurricane Dorian constituted a violation of policies and ethics, according to the Washington Post. And the head of the National Weather Service, which is part of NOAA, publicly defended the Birmingham forecasters at a meeting of the National Weather Association.

For NOAA scientists, and meteorologists outside the federal agency, the organization’s apparent willingness to bend the truth for political reasons undermines their integrity.

“This is the first time I’ve felt pressure from above to not say what truly is the forecast. It’s hard for me to wrap my head around,” said a meteorologist the Post spoke with on the condition of anonymity. “One of the things we train on is to dispel inaccurate rumors and ultimately that is what was occurring — ultimately what the Alabama office did is provide a forecast with their tweet, that is what they get paid to do.”

Elbert Friday, the former director of the National Weather Service, went even further, calling the unsigned statement “deplorable” in a public statement on Facebook: “This rewriting history to satisfy an ego diminishes NOAA.”

For some meteorologists, NOAA’s independence is a matter not only of scientific integrity but of life and death. The agency’s statement is “concerning as it compromises the ability of NOAA to convey life-saving information necessary to avoid substantial and specific danger to public health and safety,” McLean wrote in an email to NOAA employees obtained by the Post. If people stop trusting NOAA to provide unbiased forecasts during severe weather events, the thinking goes, the confusion could put them at physical risk.

After all, as Brian McNoldy, senior research associate at the University of Miami’s Rosenstiel School, told to BuzzFeed News: “There’s enough uncertainty in a hurricane forecast as it is. We don’t need to introduce a whole lot more.”