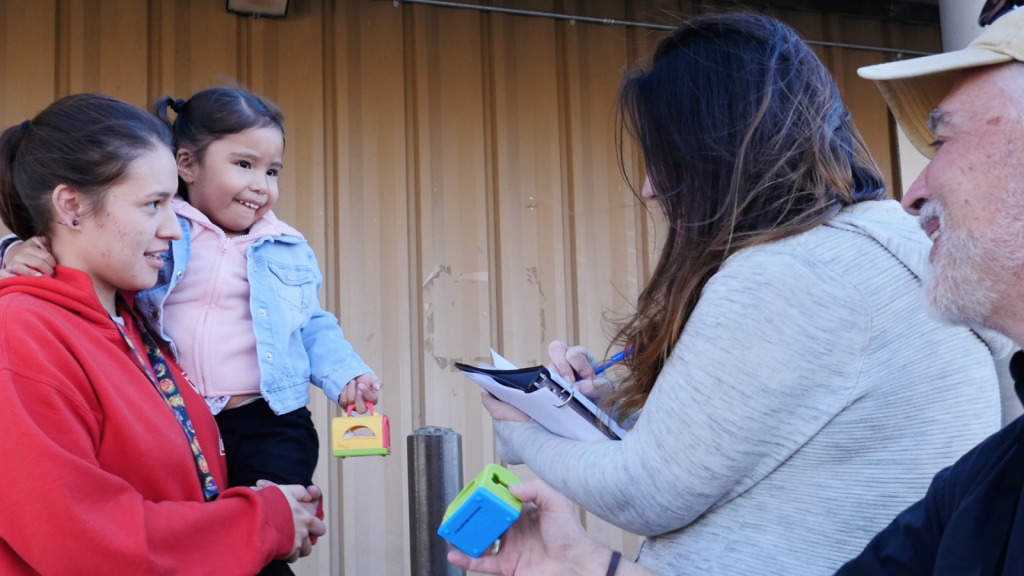 If North Dakota tribal members show up to the polls today without proper ID, indigenous leaders are determined to make sure they’re still able to exercise their right to vote.

The Supreme Court recently declined to hear an appeal of the state’s new, restrictive voter ID law, which requires the listing of a valid residential address. Since many tribal members use P.O. boxes, the law has the potential to disenfranchise a large portion of the state’s Native community. But organizations have been rallying to help tribal members meet the requirement, even as late as Election Day.

“It’s an absolutely critical election. We won’t sit quietly and let our people be denied their right to vote,” Standing Rock Tribal Chairman Mike Faith said in a statement.

In the days leading up to the midterm election, indigenous leaders rallied to issue thousands of new ID cards for would-be voters. The campaign, dubbed #StandingRockTheVote, is the result of a partnership between several North Dakota tribes and nonprofit advocacy organizations fighting voter suppression. As of last week, the Standing Rock Sioux, Turtle Mountain Chippewa, and Three Affiliated Tribes had distributed more than 2,000 new ID cards to their members free of charge so that they won’t be turned away at the polls. Through a GoFundMe page, the group raised more than $230,000 for the initiative in 17 days. The Native American Rights Fund also donated $50,000.

“We are modeling how we can work together to ensure our Native vote is as a large as possible,” said Phyllis Young, an enrolled member of the Standing Rock Sioux Tribe and a field organizer for the coalition that is mobilizing voters.

Young is working alongside Four Directions, a nonprofit that supports Native voting rights, and Lakota People’s Law Project, which works to protect Lakota land and resources. Together they’ve devised a “failsafe” plan to make sure no native voters fall through the cracks on Election Day.

For anyone who still doesn’t have a qualifying ID when they show up to vote, tribal officials and volunteers will be present at polling places to issue documents on the spot that comply with voting laws. As long as voters in need of ID can verify their tribal membership and point out where they live on a map, officials will help them find a corresponding residential address and issue a letter verifying their eligibility.

Matt Samp, an organizer at Four Directions says his group successfully tested the method of issuing documents on the spot at the state auditor’s office last week. It’s a technique that hasn’t been tried before this year — and can work, in part, because North Dakota is the only state that doesn’t require voter registration.

“Our first effort has been getting people new IDs. We don’t want to have to use this letter one time, but if we have to we have it,” Samp said. “I shouldn’t have to be on the ground doing this, but that’s the law they made, so we’re complying with it.”

In 2016, members of the Turtle Mountain Band of Chippewa sued the state over the residential address requirement, arguing that the rule would disproportionately impact Native American voters who faced additional barriers to securing the necessary ID. Some critics contended that the law was aimed at suppressing the Native vote. Eighty-three percent of Sioux County, where the Standing Rock reservation is located, voted for Democratic candidate Heidi Heitkamp for in 2012. She ended up winning her Senate seat by just 3,000 votes, and her victory is largely attributed to the support she received from the indigenous community.

Daniel Hovland, chief judge for the U.S. District Court in North Dakota, initially ruled that the new voter ID law placed “excessively burdensome requirements” on the state’s Native American voters. That decision allowed people with mailing addresses on their IDs to vote in the primaries. But the state appealed, and a higher court sided with them this September, putting the restrictive law back into play for the midterm election. The Spirit Lake Tribe filed another suit in federal court asking for emergency relief from the mandate, but Judge Hovland denied their emergency request last week, on the grounds that such a last-minute change would cause “confusion.”

It’s unclear what the new law (and the efforts to issue new IDs to tribal members) might mean for the election. Heitkamp is running for reelection in a close race against Republican candidate Kevin Cramer. Although Heitkamp has been vocal about some issues important to tribes in North Dakota — like addressing the issue of missing and murdered indigenous women — she received criticism for failing to back Standing Rock opposition to the Dakota Access Pipeline. Heitkamp’s campaign website also says she supports oil and coal.

But just because of Heitkamp’s stances have left a sour taste with some Native American voters doesn’t mean they won’t show up at the polls. Because of the lengths Young, Samp, and others have gone to get out the vote, Native Americans are now expected to have a higher-than-normal turnout in the North Dakota election on Tuesday.

“We’re trying to turn a challenge into an opportunity,” says Daniel Nelson, Program Director at the Lakota People’s Law Project, adding that the sentiment on the ground is actually pretty jubilant. “Democracy is alive and well at Standing Rock.”