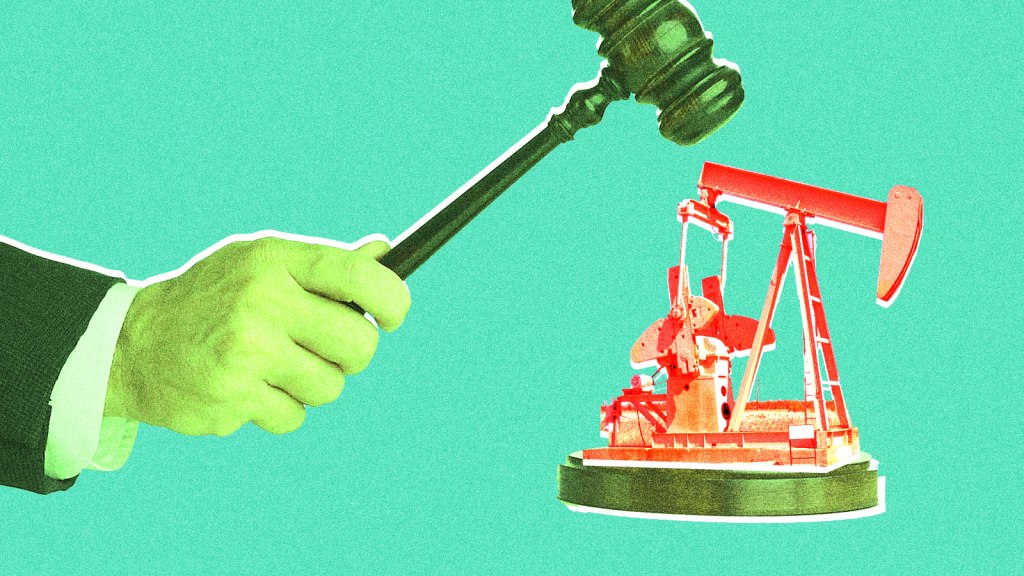 A federal judge has blocked drilling on roughly 300,000 acres of public land in Wyoming because the Department of Interior failed to take climate change into account when auctioning off the land for oil and gas leasing.

U.S. District Judge Rudolph Contreras ruled that officials from the Interior’s Bureau of Land and Management (BLM) should have considered climate change risks such as greenhouse gas emissions linked to the drilling before making the decision.

“By asserting that these crucial environmental analyses are overly speculative at the leasing stage and more appropriate for later, site-specific assessments, BLM risks relegating the analyses to the ‘tyranny of small decisions,’” Contreras wrote in his memorandum opinion.

In other words: Putting off decisions about climate impacts is no longer an option.

Under the National Environmental Policy Act of 1969, federal agencies must identify and understand the environmental effects of proposed actions, and inform the public of those effects so that its opinion could be involved in the decision-making process.

Failing to consider both environmental degradation and climate change in government policy has been a trend since the first day of the Trump administration. In just the past two years, we’ve seen shortsighted plans to boost the coal industry, withdrawal from the Paris Agreement, and attempts to roll back a slew of federal regulations on extraction of coal, oil and gas, and most recently mercury.

Just Wednesday morning, Environmental Protection Agency Administrator Andrew Wheeler told CBS This Morning that climate change’s effects were decades away, despite the fact that numerous scientific reports — including from his own government — contradict that assertion.

“Climate change is an important issue that we have to be addressing, and we are — but most of the threats from climate change are 50 to 75 years out,” Wheeler said. In fact, the impacts of climate change have been much more immediately evident in air quality in Texas, record-breaking flooding in Nebraska, and out-of-season wildfires in Oregon.

The judge’s decision is overdue pushback on the Trump administration’s policy of ignoring the climate impacts of its agenda. Now, BLM has to redo the environmental assessment with a more realistic view of our climate situation. Until then, Contreras will continue to block any leases.